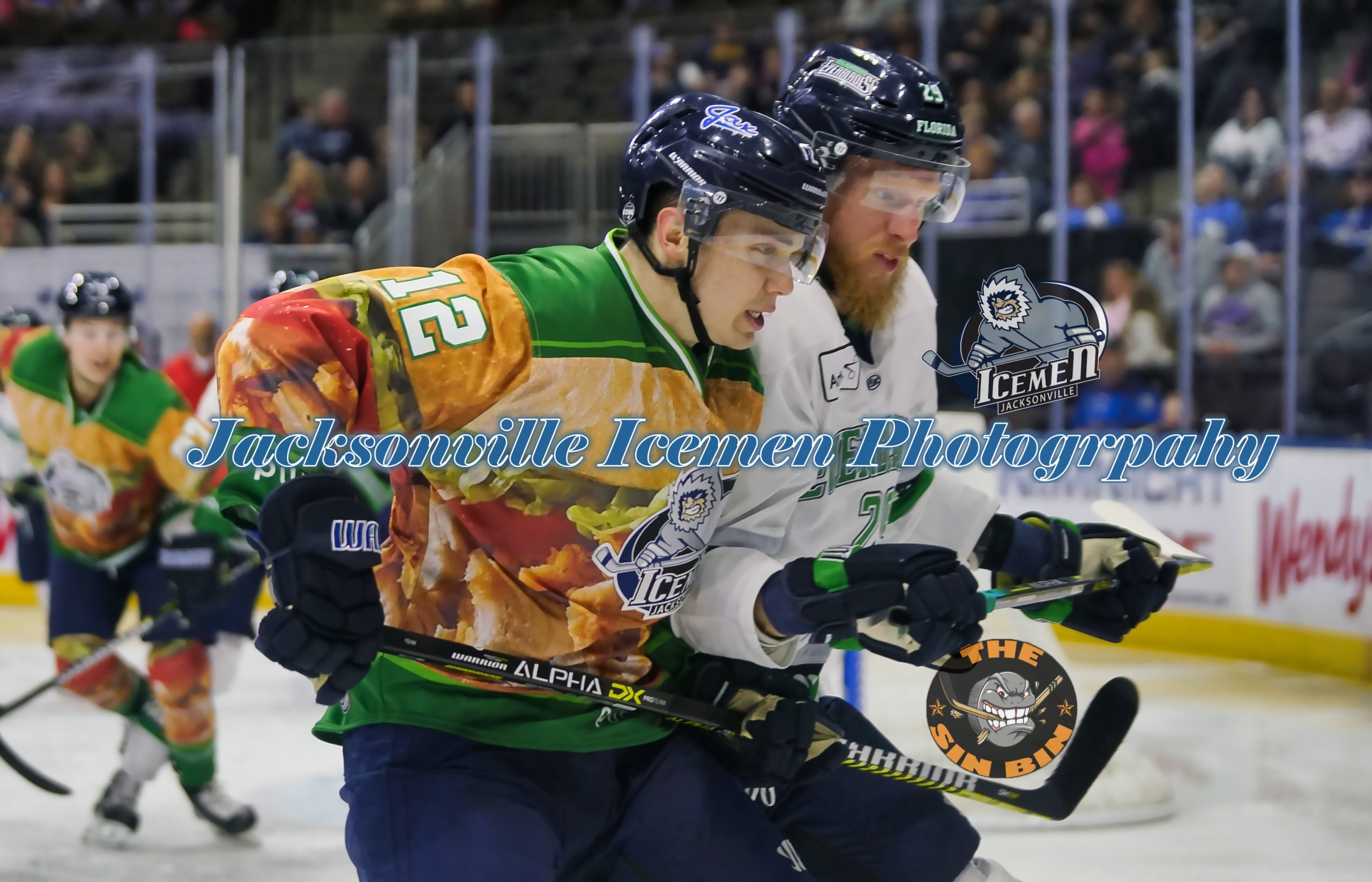 Jacksonville, Fla – On Sunday afternoon, the Jacksonville Icemen took on the Florida Everblades. The Icemen sported their specialty Publix-themed jerseys again. The supermarket chain is famous for their chicken sub sandwiches, which is featured on the jersey.

In an evenly matched game, both teams scored a goal in the first period and two goals in the second. Within the first eight minutes of the third period, both teams had scored goals and it looked as though the game would go to overtime with the period nearing its end. However, with less than 23 seconds left on the clock, the Everblades scored to take the lead and prevailed with a 5-4 victory over the Icemen.