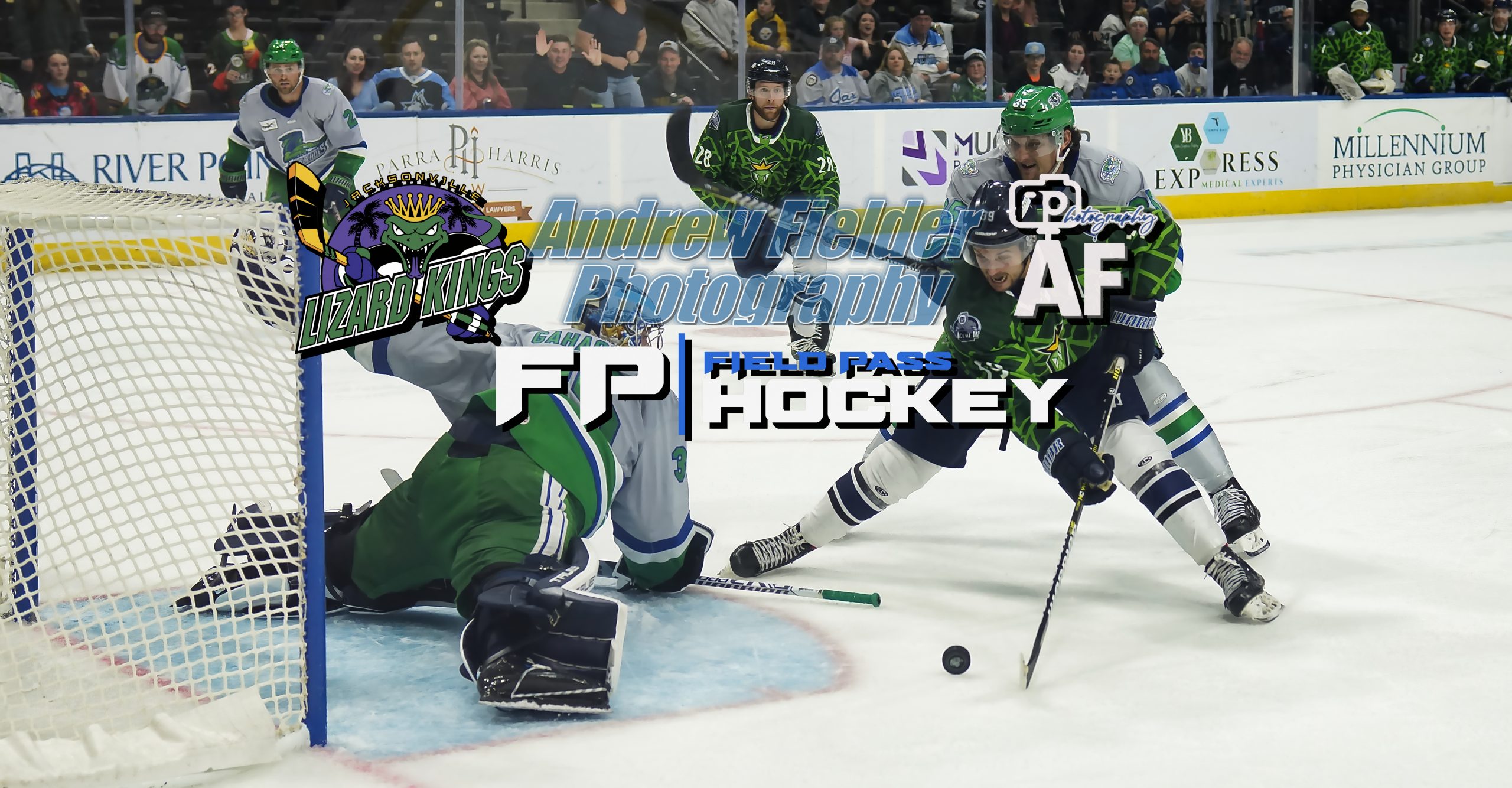 Friday night the visiting Florida Everblades faced off against the Jacksonville Lizard Kings (Icemen), for a throwback weekend at the Reptilian Pavilion (also known as the Vystar Arena).

The Everblades were the better team in the first period, with Jake Jaremko scoring 13 seconds into the game. Ben Hawerchuk would even it up less then two minutes later on a power play, but a goal by Michael Neville at the 12:02 mark put the Everblades back up by one. The Lizard Kings were outshot 18-7 in the period and Florida would end the first and begin the second with a two-man advantage.

The Lizard Kings face the Norfolk Admirals at 7pm tonight.