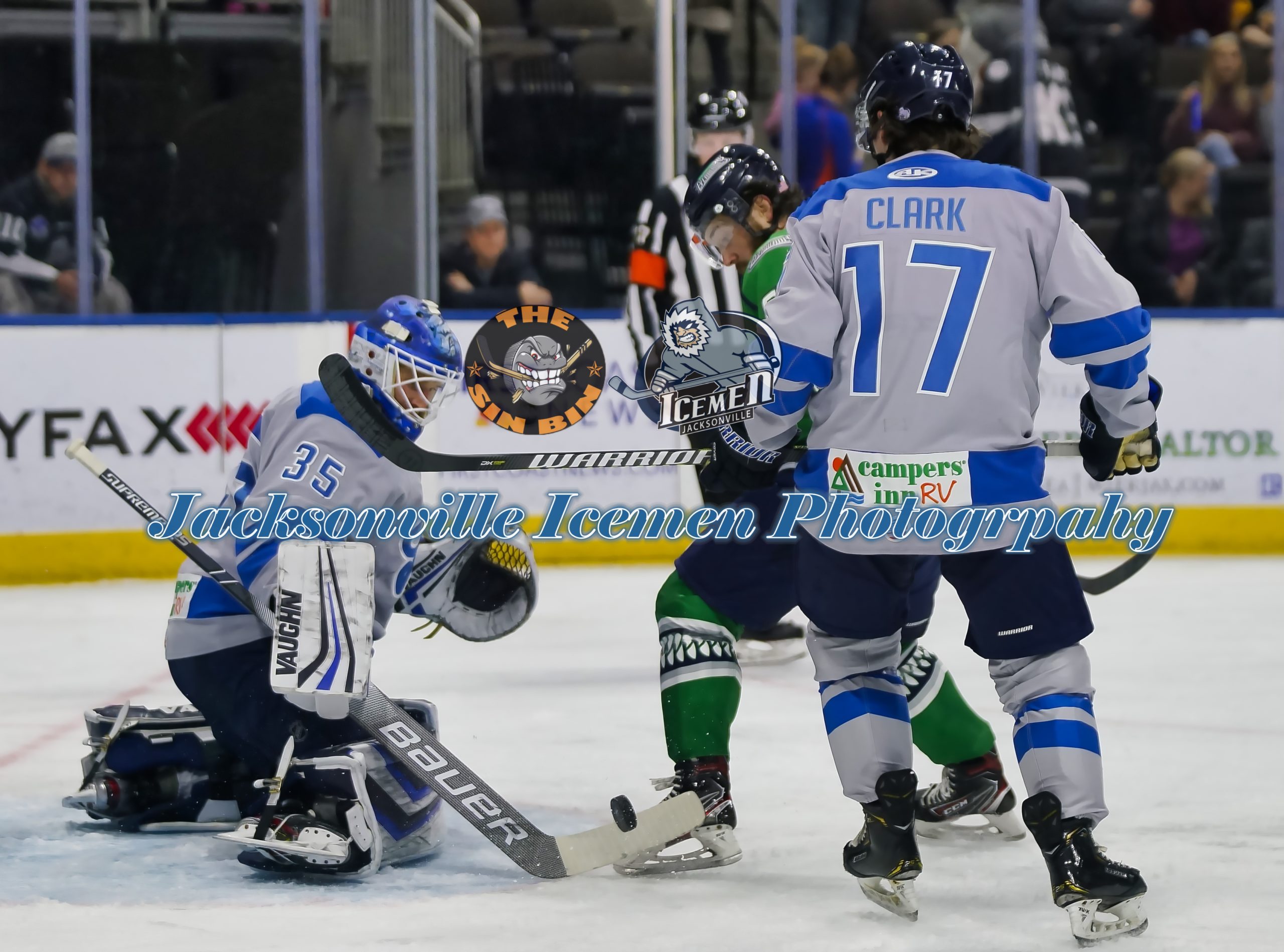 JACKSONVILLE, Fla. – On Friday night, the Jacksonville Icemen took on their South Division rivals, the Florida Everblades. The Everblades have already clinched a spot in the playoffs, whereas the Icemen still have some work to do if they want to advance. The two teams played each other two days prior in Estero with the Everblades taking the victory, so the Icemen needed the win to pick up a much-needed two points.

Mike Hedden had a goal in the first and second periods, but the Everblades’ shorthanded goal in the first period and power play goal late in the third sent the game into overtime. Just past the halfway point of OT, the Icemen’s Dajon Mingo netted the game-winning goal to give Jacksonville a 3-2 overtime win.