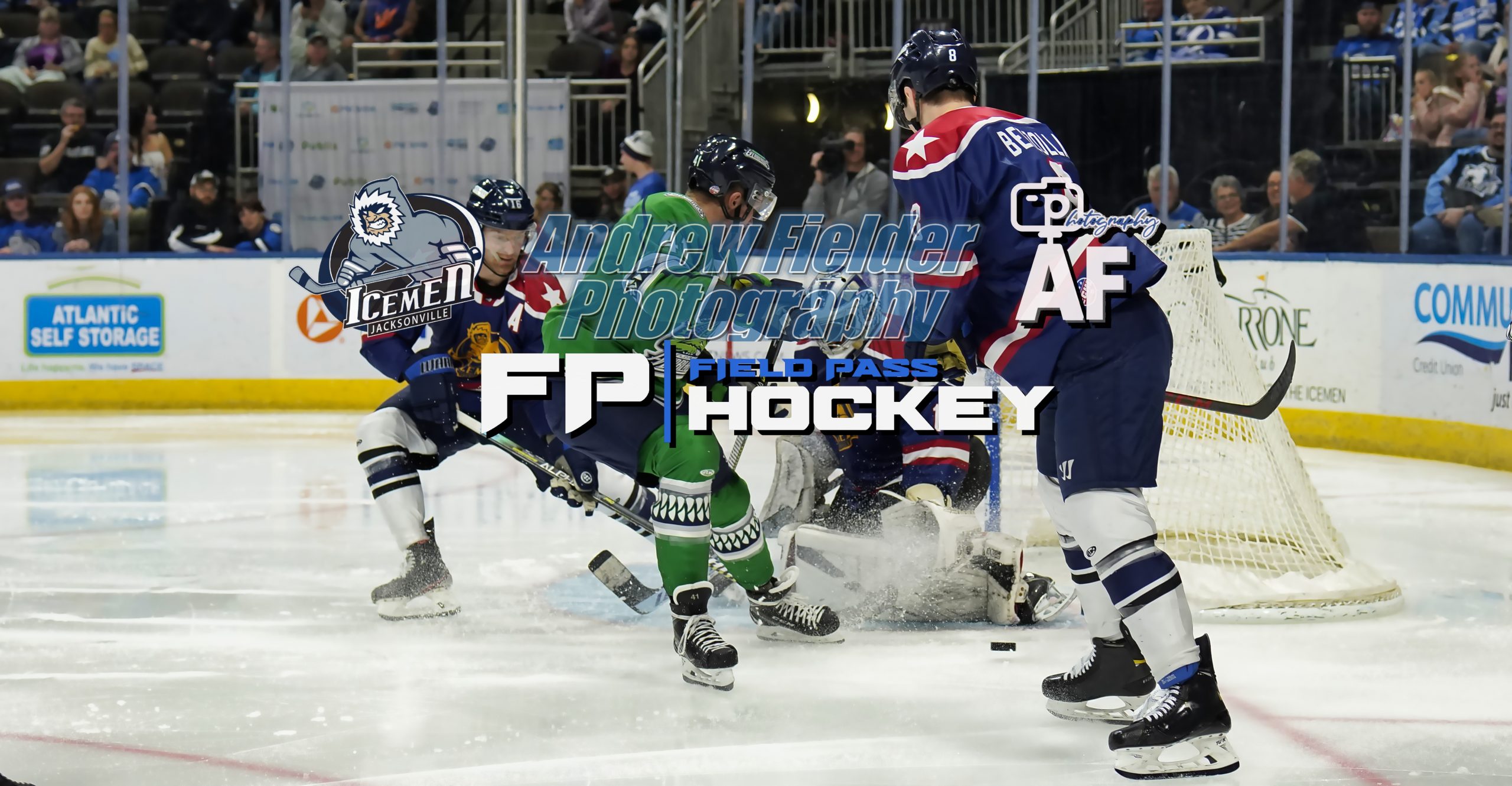 Saturday night the Florida Everblades split the second of a two-game weekend series with a win against the Jacksonville Icemen.

JACKSONVILLE, Fla. – Saturday night the Jacksonville Icemen and Florida Everblades went head-to-head in the second of a two-game weekend series. The Everblades spit the series with a 3-1 victory. The Icemen sported specialty Olympic themed jerseys.

In a entertaining and physical game, both teams played hard-fast hockey with lots of chirping and matching penalties between the two teams.

Jacksonville had three power play chances in the first period, but were unable to convert on the man advantage. The Icemen asserted themselves with some big hits, frustrating the Everblades players, in a scoreless first period.

The second period was another physical period, with a big fight between the Icemen’s Travis Howe and Everblades Kyle Neuber. The Icemen’s Craig Martin hit the post on a turn-around back-handed shot, which would have been a highlight reel goal had it gone in. The Icemen’s Ara Nazarian, who took a huge hit in the first period, would leave the bench during the second and not return for the remainder of the game The second period was another scoreless period.

Jake Elemer scored the first goal of the game 29 seconds into the third period, to give the Icemen the lead. The Everblades came back with three unanswered goals from Dylan Vander Esch, Blake Winiecki and a empty net goal by Alex Aleardi in the last 45 seconds of the game, sealing the victory for Florida.

The Icemen now head on a nine game road trip which includes a five games in six days series, against the Norfolk Admirals.