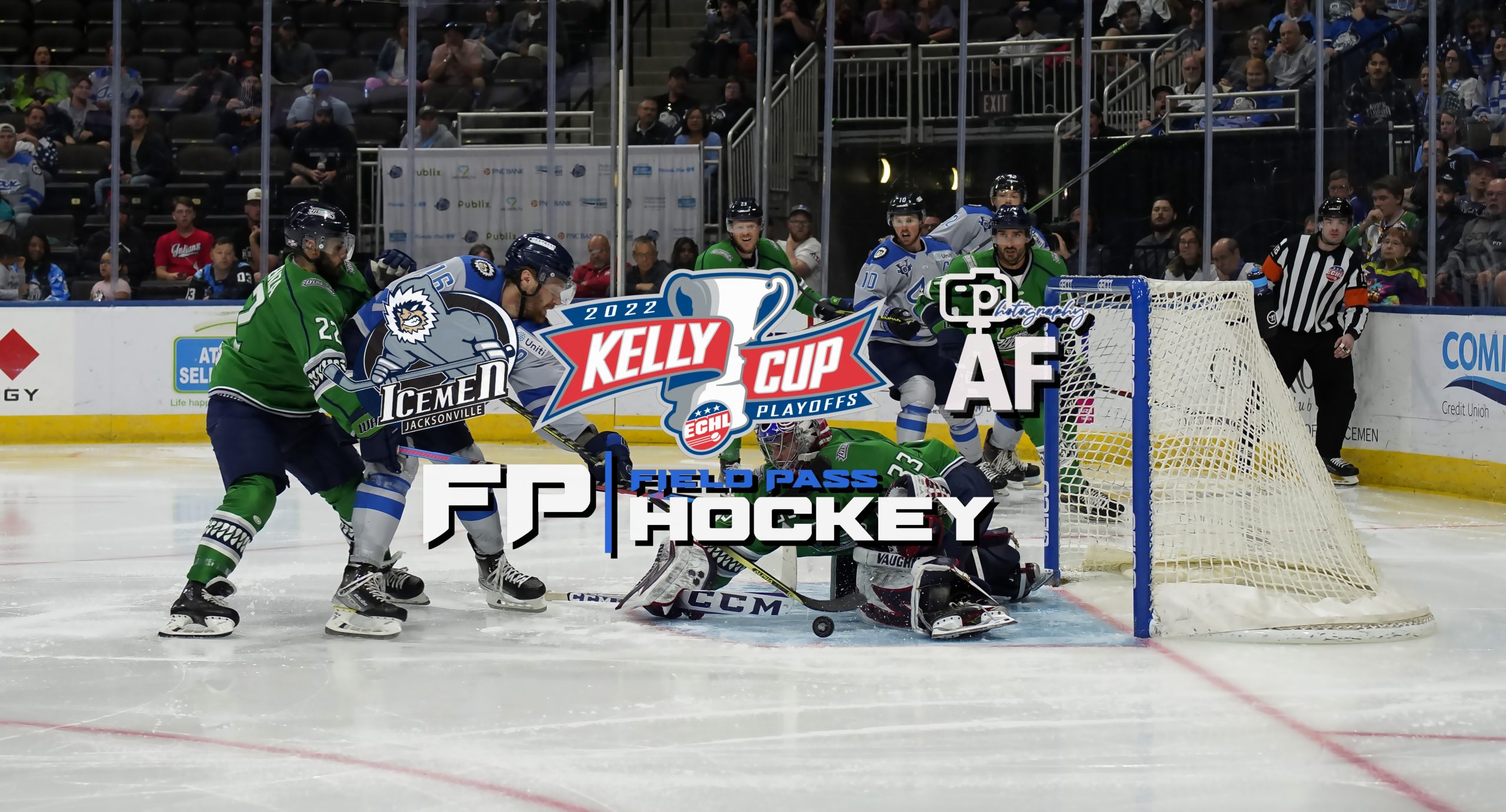 The Florida Everblades blanked the Jacksonville Icemen 2-0 in Game Four of the Kelly Cup playoffs Tuesday, giving them a 3-0 lead the best-of-seven series.

The first period started well for the Icemen, but was quickly marred with an early Florida goal by Zach Solow, at the 2.52 mark.  A little over a minute later, Joe Pendenza scored the second goal for the Everblades, to give them the 2-0 lead. Jacksonville’s Head Coach Nick Luukko made an early goaltender change, replacing Francois Brassard with Charles Williams. Williams would go on to block all shots faced. Jacksonville outshot Florida 13-8 during the period.

In the second period the Everblades poured on the offensive zone pressure, with the Icemen struggling to get any rhythm or momentum going. Florida outshot Jacksonville 13-8 during the second period.

During the final period of the game Jacksonville found themselves with a two-man advantage on a power play, but were unable to generate any good scoring chances. A late penalty kill for Jacksonville, during the last three minutes of the game, prevented them from pulling their goaltender for the extra attacker until the last minute of the game. Unfortunately for the Icemen, this last-ditch effort did not yield any goals. This was the second shutout for Cam Johnson in the series, with him having a shutout during Game One. Florida outshot Jacksonville 30-29.

The two teams go head-to-head again on Wednesday night, in a must win game for Jacksonville for them to remain in the series.