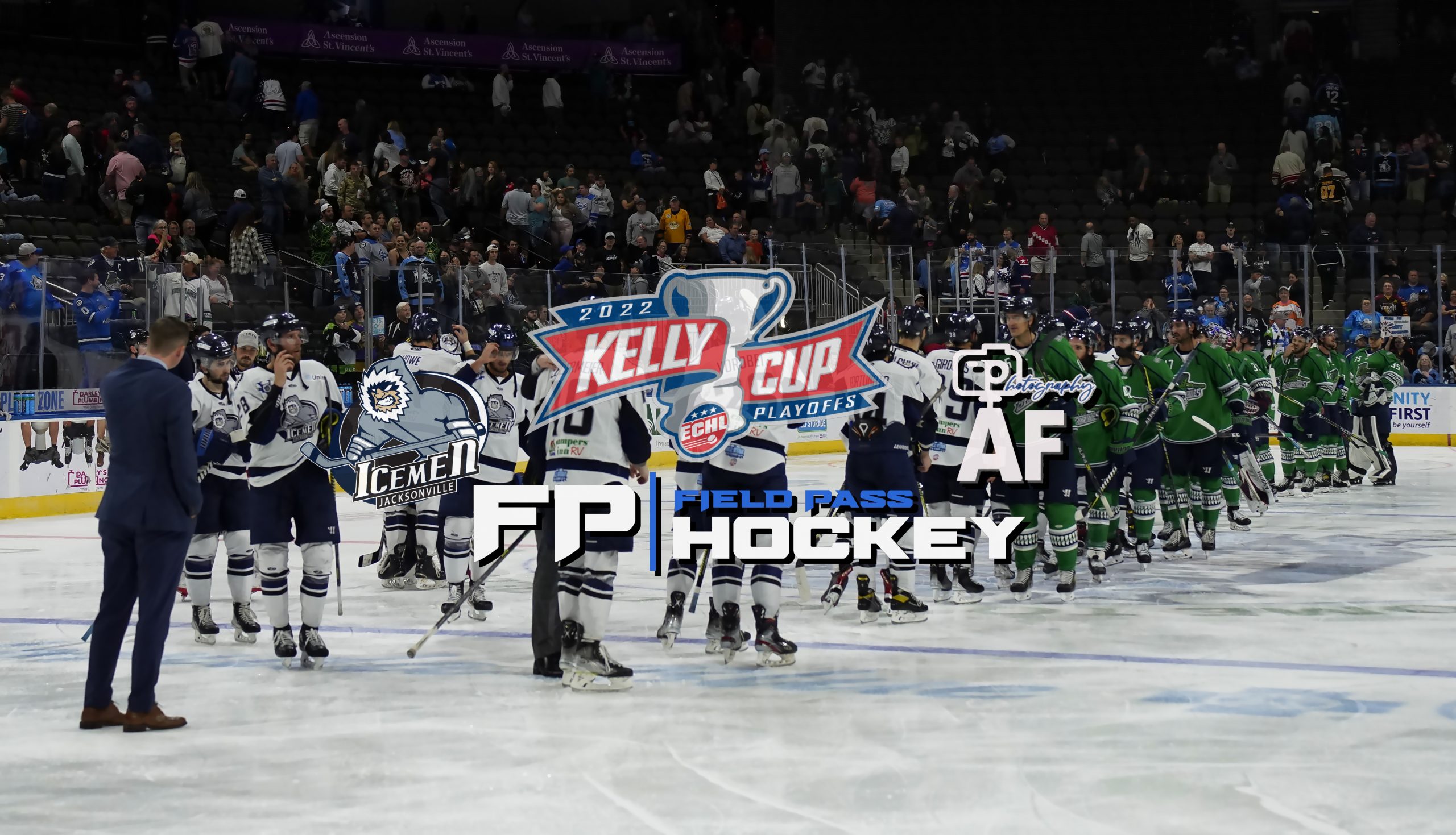 The Florida Everblades blanked the Jacksonville Icemen in overtime Wednesday night to sweep the series and eliminate the Icemen from the post season.

JACKSONVILLE, Fla – The Florida Everblades blanked the Jacksonville Icemen 1-0 in overtime Wednesday night to win the South Division Finals 4-0 and eliminate the Icemen from the post season.

In what was a must-win game for Jacksonville, both teams played a fast-paced game with plenty of offensive zone pressure at both ends of the ice. Both teams only had six shots on goal during the first period, nine shots each in the second period, and Florida outshot Jacksonville 9-7 in the third period. By the end of the game, both teams were tied at 25 shots. After three scoreless periods and both teams being careful not to make any mistakes, the game headed to overtime.

Florida’s Dylan Vander Esche hit the back of the net five minutes into the overtime period to win the game for the Everblades and clinch the series. The defensive effort by the Everblades and the stellar goaltending by Cam Johnson, gave him his third shutout in four games. Unfortunately for Jacksonville, they were missing some key players out due to injury.

For Jacksonville, first year Head Coach Nick Luukko and Assistant Coach Brandon Mashinter can hold their heads high after a record 40-win season, as well as reaching the second round of the playoffs for the first time in team history.