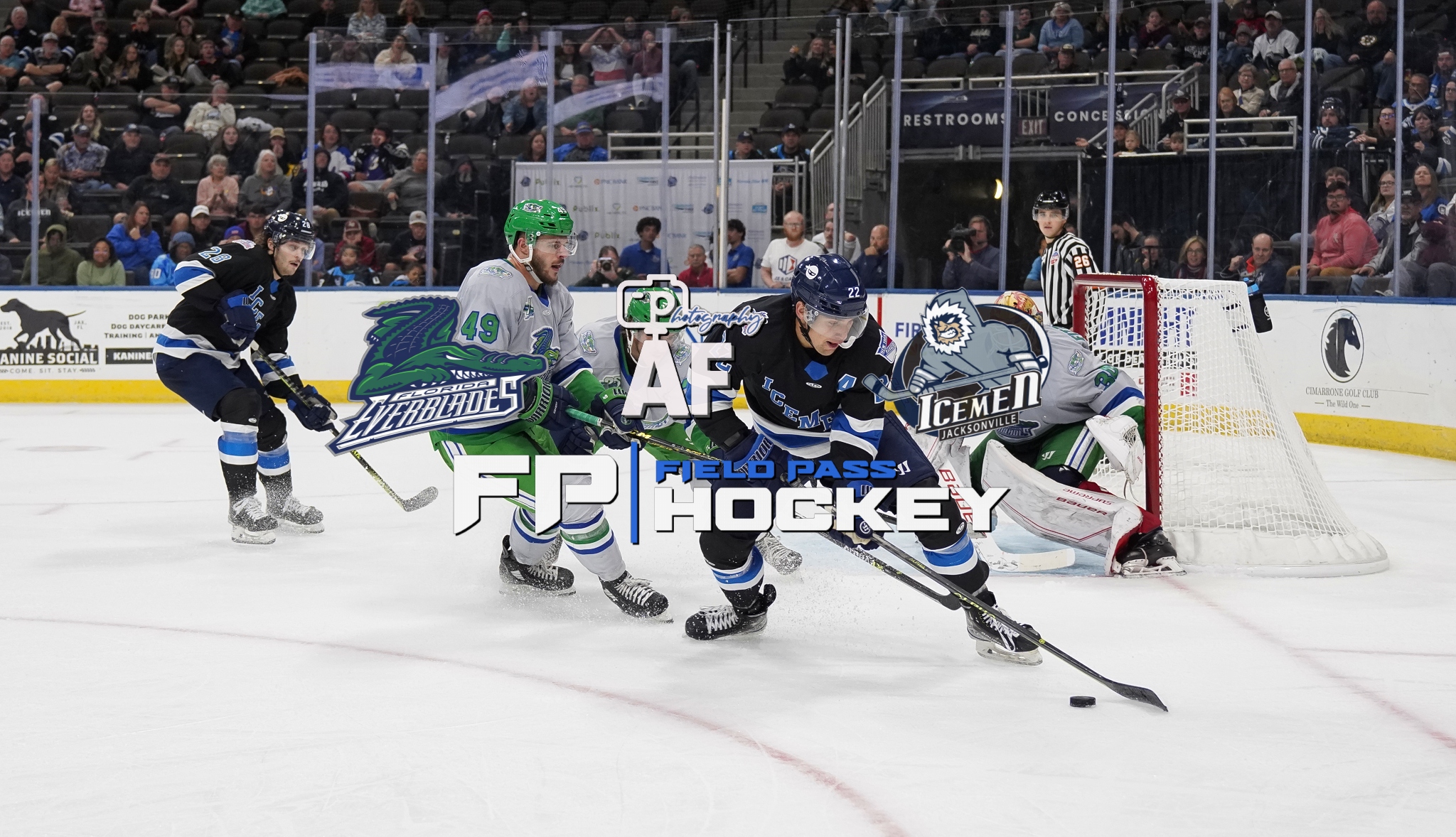 JACKSONVILLE, Fla – On Friday night, the Jacksonville Icemen hosted the Florida Everblades for their second match-up in three days. The Everblades took a 4-2 victory, splitting the two-game series.

Joe Pendenza opened up the scoring for Florida just over two minutes into the game. A short-handed goal by Jacksonville’s Ara Nazarian also broke the Icemen’s franchise record for most goals by a single player. This was Nazarian’s 45th goal for the team and broke the record previously held by former Icemen player Wacey Rabbit in 20 fewer games. Oliver Chau put the Everblades up 2-1 with less than two minutes left in the first period, as the teams headed to the locker rooms.

Blake Winiecki gave the Everblades a two-goal advantage less than six minutes into the second period. Jacksonville outshot Florida 7-3 in the period but could not get the puck past Even Fitzpatrick.

Ara Nazarian scored his second goal of the game in the third period to make it a one-goal game at the 16.34 mark. Jacksonville opted to pull their goaltender with three minutes left on the clock, but a simple puck clear by Florida’s Ben Masella rolled into the empty-net, sealing the victory for the Everblades.

Check out this photo gallery from Field Pass Hockey’sAndrew Fielder for highlights from the game.