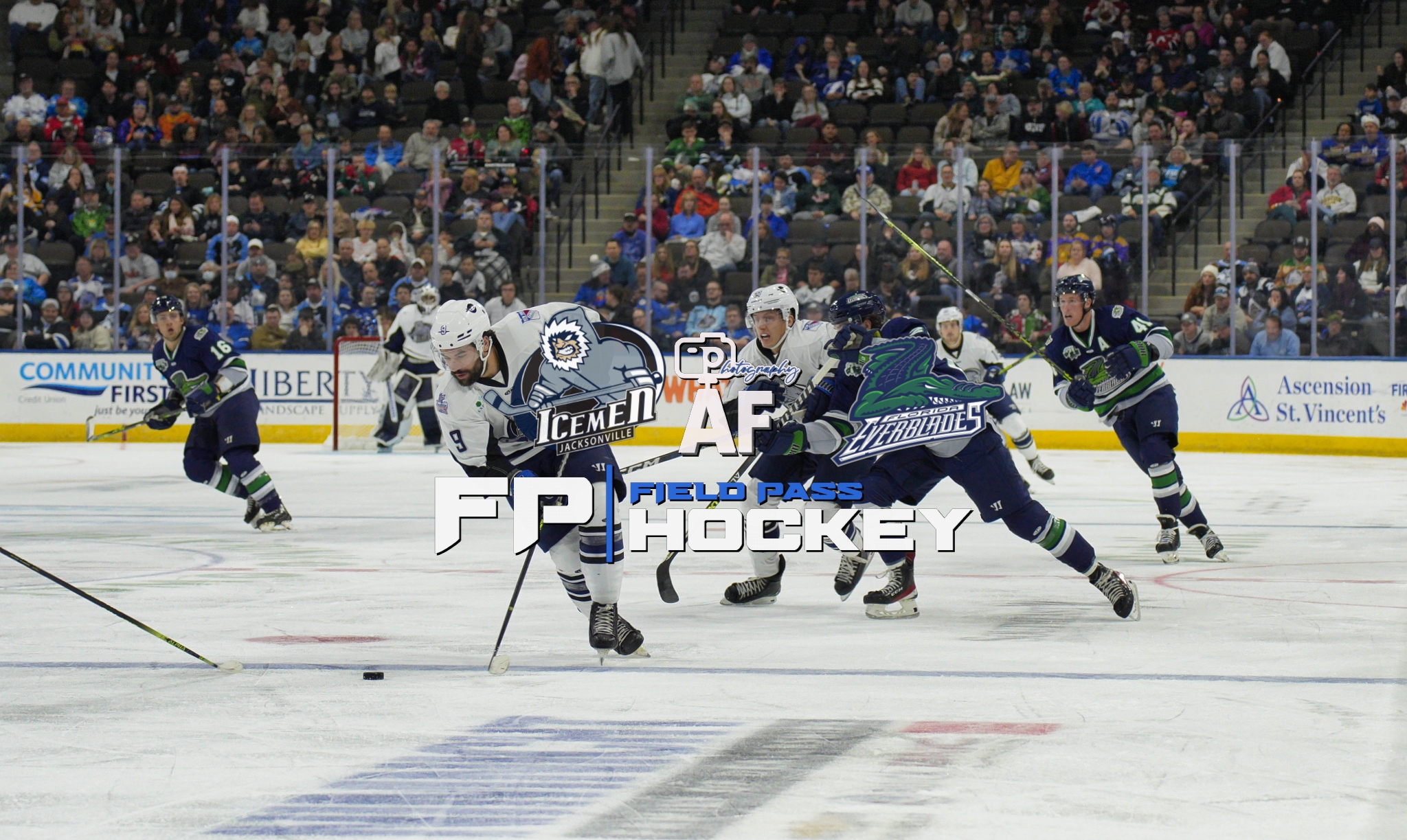 On Wednesday night the Jacksonville Icemen took on the Florida Everblades, in their first game since the Christmas break. OT was needed to determine the winner. FHP Photographer Andrew Fielder was there to capture the action. Check out his photo gallery!

JACKSONVILLE, Fla – On Wednesday night, the Jacksonville Icemen took on the Florida Everblades in their first game since the Christmas break. The Icemen prevailed with a come-from-behind 2-1 victory in overtime in front of a crowd of over 8200 people. This set a new club record for the longest unbeaten/points streak at ten games, with nine wins and one OT loss in the last ten games.

The first period remained scoreless, as did the majority of the second until Kyle Neuber put the Everblades up 1-0 with less than two minutes left in the period.

Jacksonville came out strong in the third period, outshooting Florida 11 to 3. Christopher Brown netted the game-tying goal at the 13.21 mark of the third period, giving the team a spark of energy and forcing the game into overtime.

Luke Martin scored the overtime game-winner 1.33 into OT on a patient shot that beat Everblades goaltender Cam Johnson. This came on the same day it was announced that Martin had been selected to play in the 2023 ECHL All-Star Classic. Martin also earned himself the No. 1 star of the game with a goal and an assist.