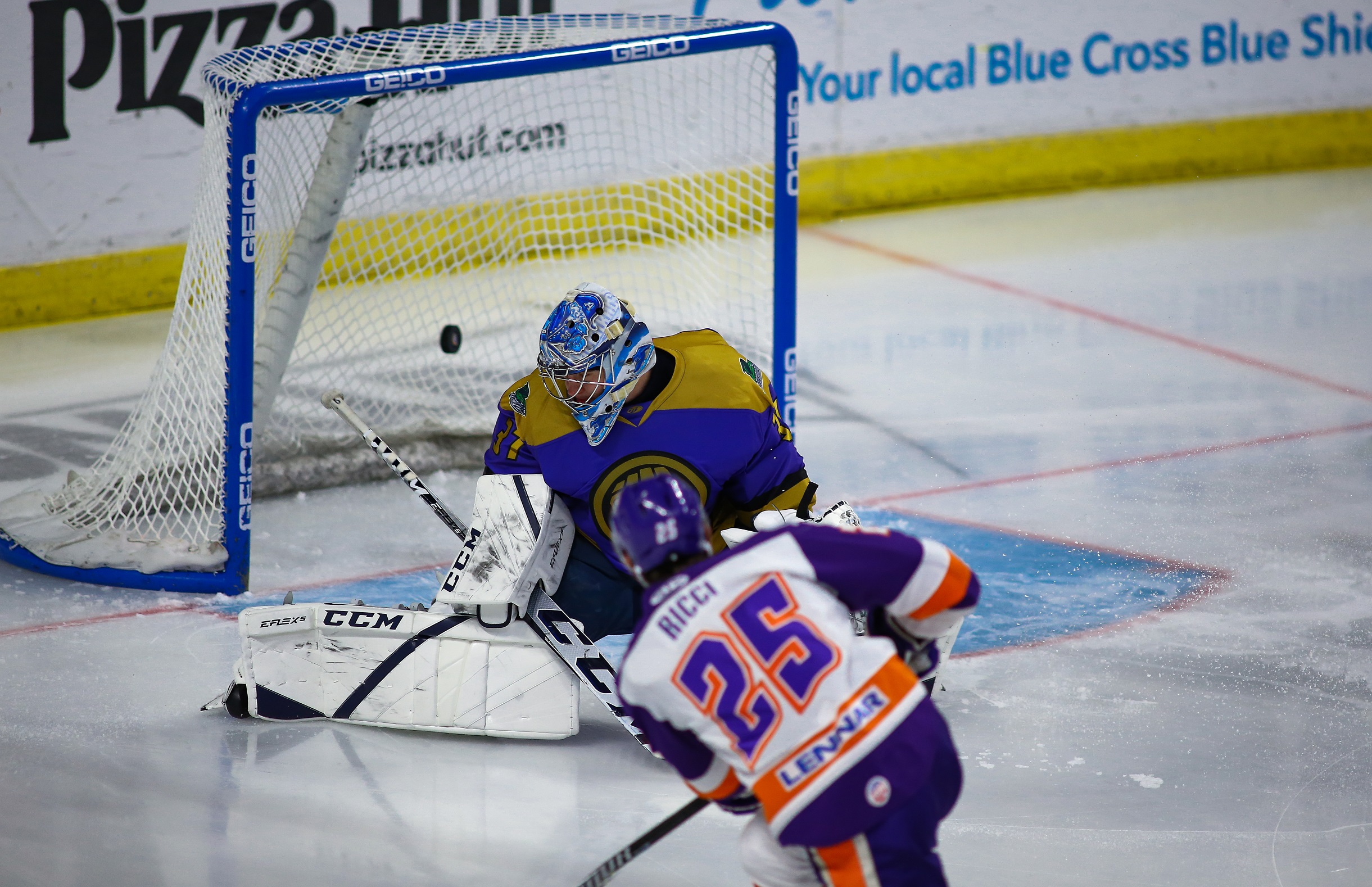 Friday night in the second of back-to-back games, the Orlando Solar Bears took on the visiting Florida Everblades on Marvel Comic night.

ORLANDO, Fla – Friday night in the second of back-to-back games in Orlando, the Solar Bears took on the visiting Florida Everblades on Marvel Comic night.

Having lost the night before Orlando came out strong with Fabrizio Ricci scoring 33 seconds into the game. The Everblades responded with their only two goals of the game, giving them a 2-1 lead at the end of the first.  Orlando went on to score three more goals in the game, giving them the 4-2 victory over Florida.

Field Pass Hockey photographer Bernie Walls was there and shot this photo gallery.

Bernie Walls covers the South Carolina Stingrays for Field Pass Hockey. Follow and interact with him on Twitter @ocsportsnut.