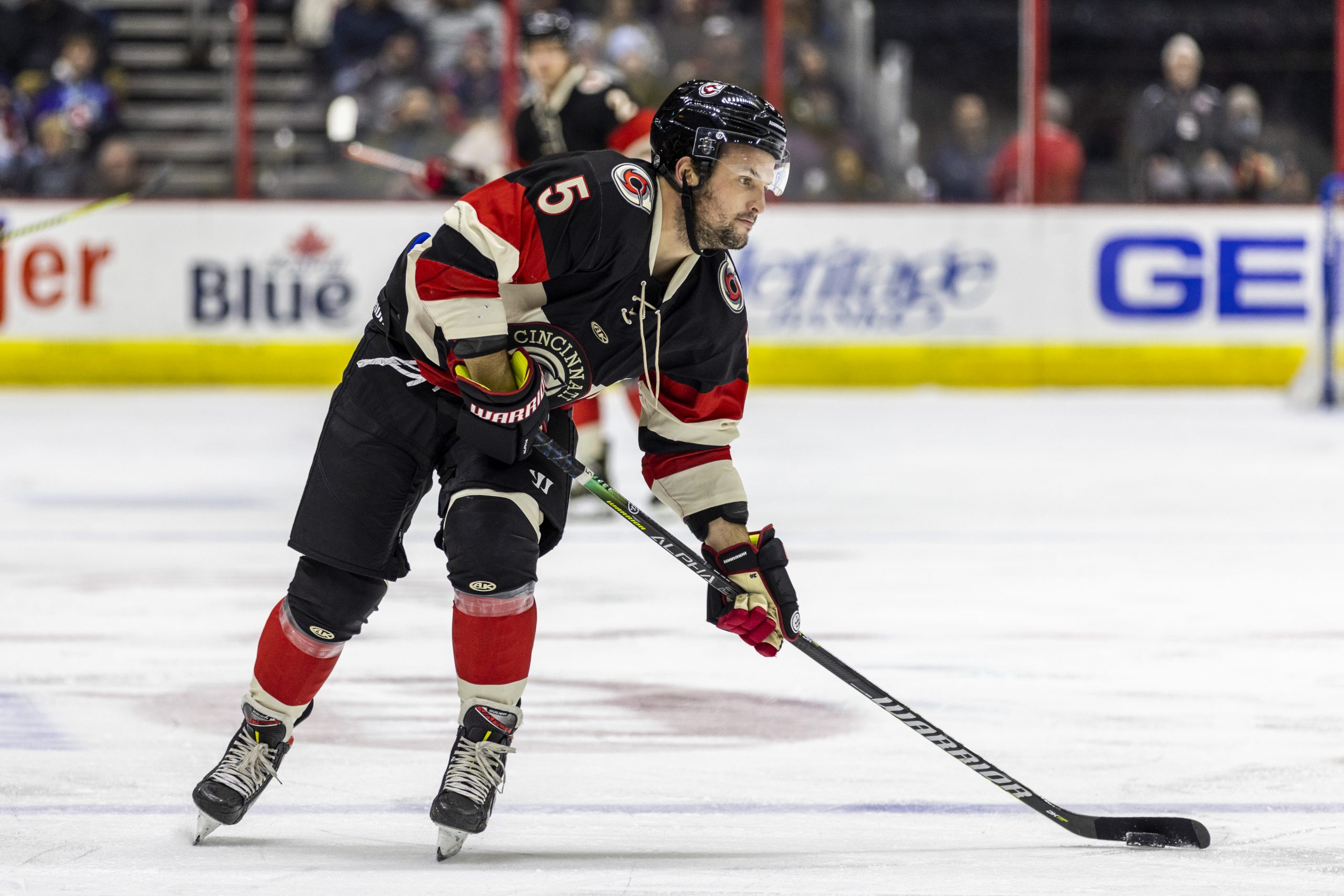 The Cincinnati Cyclones faced the Fort Wayne Komets for the sixth time this season, on teddy bear toss night.

CINCINNATI, OH – The Cincinnati Cyclones faced the Fort Wayne Komets for the sixth time this season resulting in a 5-4 victory on teddy bear toss night.

The Komets took an early 2-0 lead in the first period, with Matt Alvaro and Oliver Cooper both scoring power-play goals. The Cyclones responded by scoring four consecutive goals, ending the second period 4-2 in their favor. Two of those goals came from Lincoln Griffin.  But the Komets did not surrender; they scored two more goals in the final period and fought hard to the end. Dajon Mingo, assisted by Cody Caron and Louie Caporusso, scored the decisive goal with 9:33 left. Justin Vaive had his 9th goal of the season, while Patrick Polino scored his 6th.  Sean Bonar stopped 28 shots for Cincinnati.