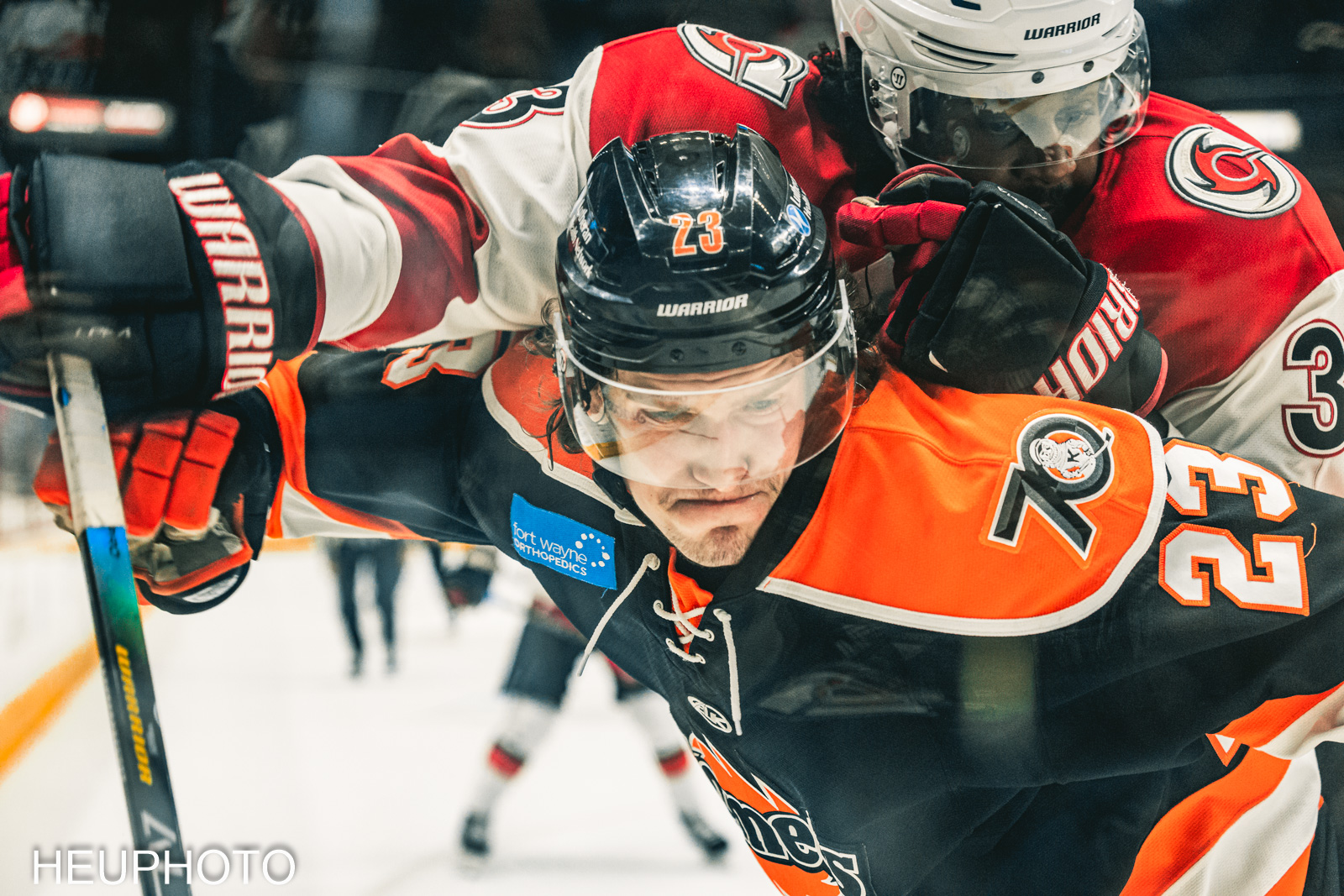 Friday night the Cincinnati Cyclones took on the visiting Fort Wayne Komets in the first of two back-to-back games.

The Komets struck first on the man advantage at the 14 minute mark of the first period, followed by an even strength goal 45 seconds later, to take a 2-0 lead. The Komets outshot the Cyclones 15 to 7 during that period.

The third period remained scoreless until the Komets scored an empty-net goal with 47 seconds left on the clock, to take the 6-4 victory. Dominic Franco scored twice in his return to Cincinnati, and netminders Michael Houser and Samuel Harvey both made 31 saves.