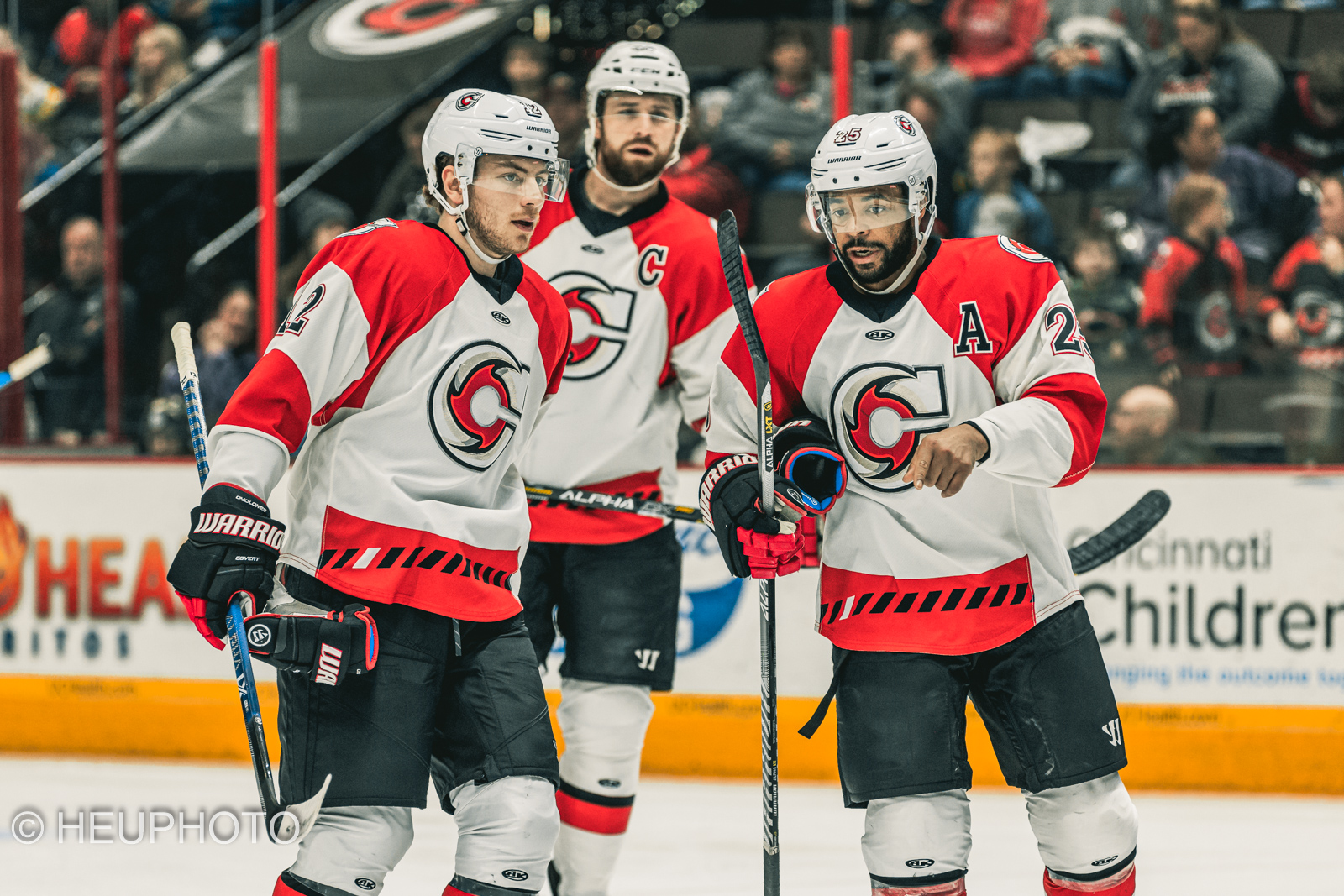 CINCINNATI, Ohio– Lincoln Griffin scored the game-winning goal in overtime, Sean Bonar made 44 saves and the Cincinnati Cyclones beat the Komets in their final regular-season meeting Saturday night. The Komets showed their offensive might again,  outshooting the Cyclones (47-31)  for a second night in a row, but were unable to beat an inspired Bonar in the last 30 minutes of play.

Zack Andrusiak and Max Balinson opened the score for the Cyclones, Fort Wayne tied it at 2 by the end of the first period thanks to Kellen Jones and Anthony Petruzzelli. Cincinnati retook the lead 3-2 when Dajon Mingo beat Samuel Harvey 9:14 into the second period, but a power-play goal by Zach Pochiro tied the game at 3 before the second intermission.