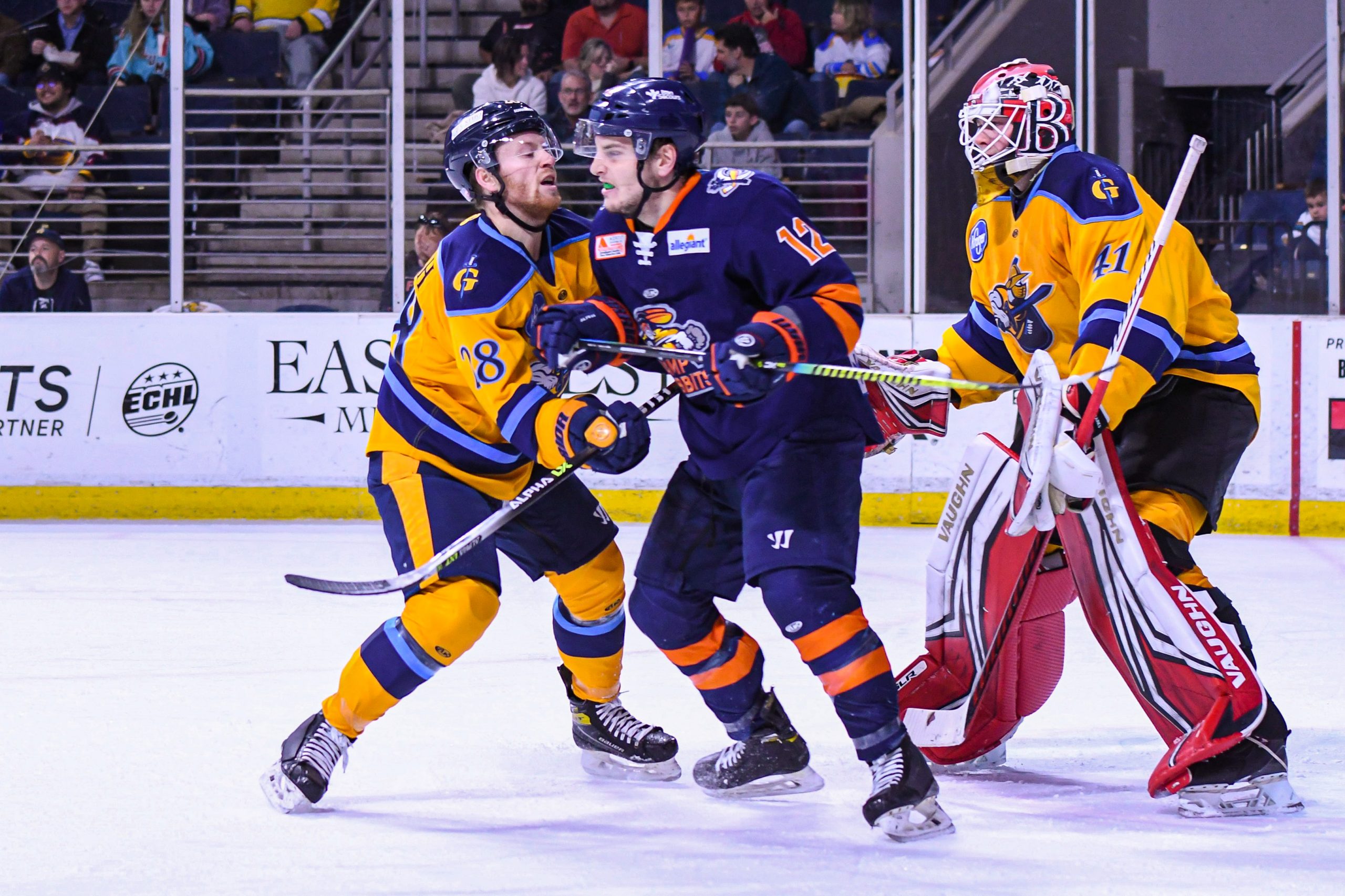 Tensions were high during the first of a three-game weekend between these interstate rivals.

DULUTH, Ga. – Tensions were high during the first of a three-game weekend between these interstate rivals.

The Greenville Swamp Rabbits were first on the board with a shorthanded goal by Ben Freeman. It didn’t take long before the Atlanta Gladiators tied it up and then moved ahead of the Rabbits ending the first period with a score of 2-1.

The second period brought two more goals for the Rabbits and one more for the Gladiators keeping them tied until the end of the game.

The teams battled it out during overtime but neither was able to take the win until Gladiators’ team captain, Derek Nesbitt, helped his team take the win with a shootout goal for a final score of 4-3.