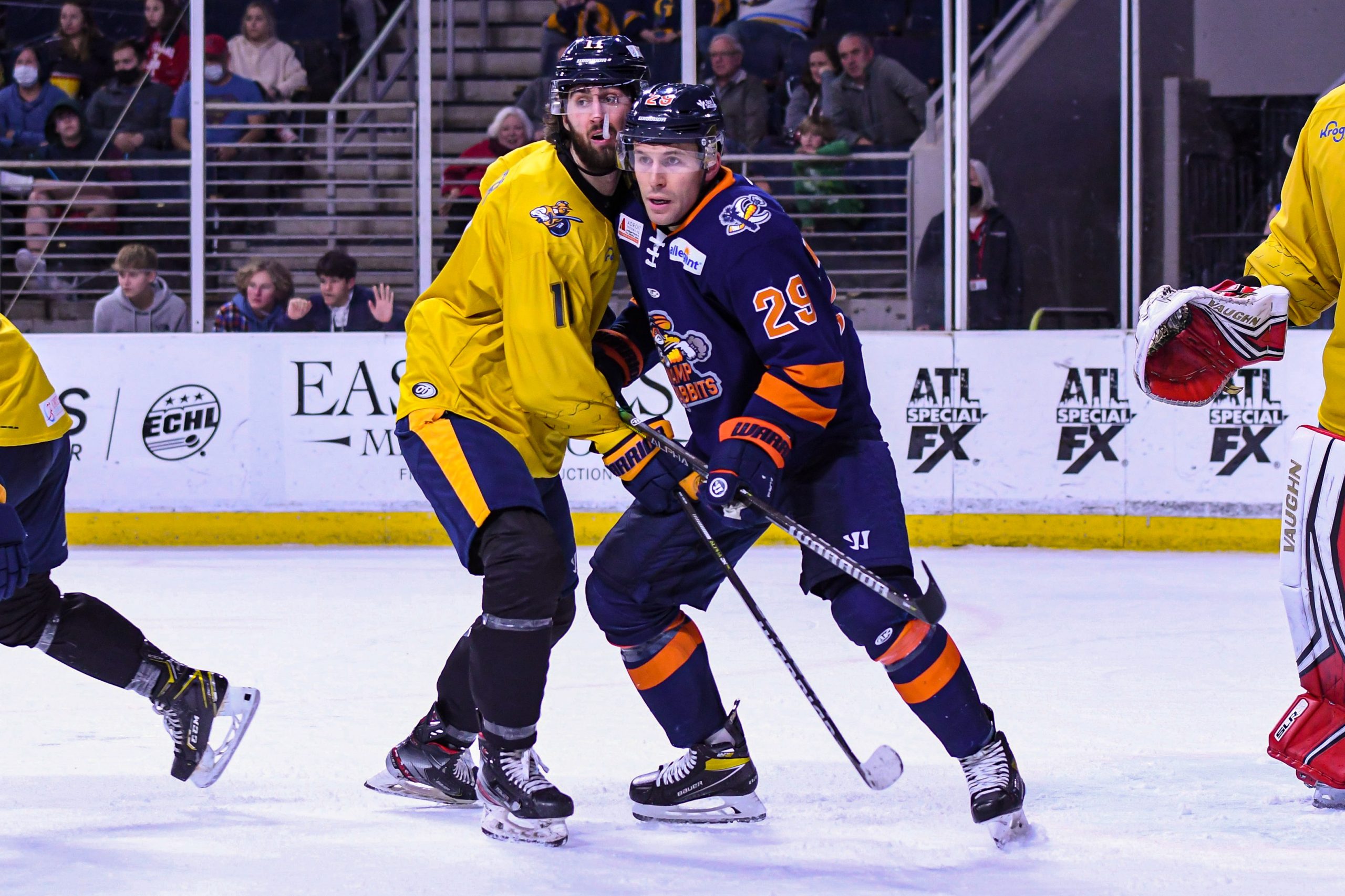 The Atlanta Gladiators boldly went where no man has gone before, wearing special Star Trek-themed jerseys

DULUTH, Ga. – Game two of the three-game set between the Interstate 85 rivals; Greenville Swamp Rabbits and Atlanta Gladiators, brought another exciting night as the Atlanta Gladiators boldly went where no man has gone before, wearing special Star Trek-themed jerseys.

The first period started out a bit slow but picked up in the second period with a goal from Gabe Guertler. Not long after Michael Pelech scored another one giving him his 600th ECHL point.

An injury on both sides set tensions high for the rest of the game. Anthony Rinaldi got one in for the Rabbits, but in the end, resistance was futile for the Rabbits as the Gladiators scored a last empty-net goal for a final score of 3-1.

Check out Rebecca DaSilva’s gallery from the game!