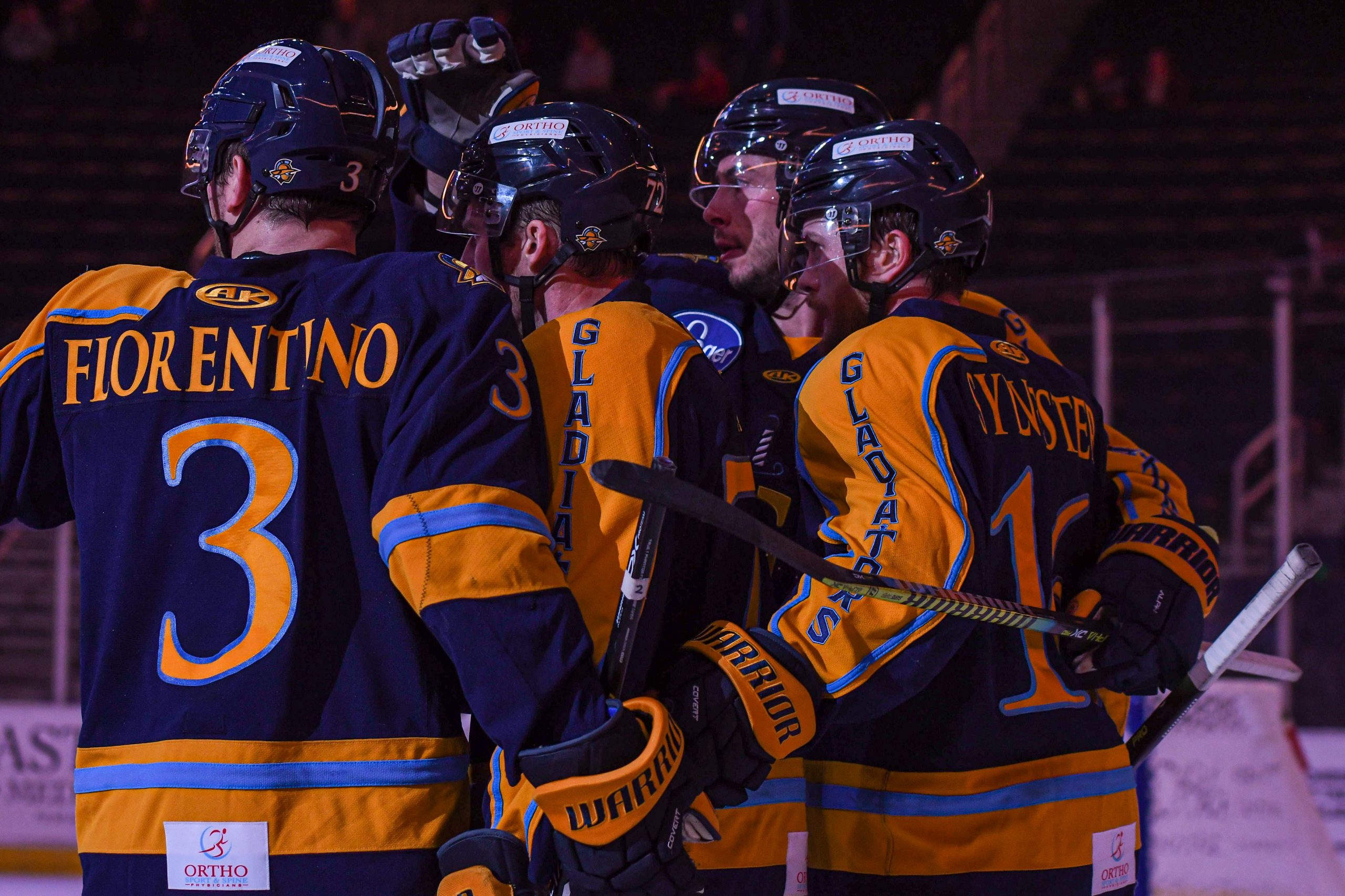 The game between the Swamp Rabbits & Gladiators quickly became an exciting, physical game as the interstate rivals battled for the win

ATLANTA – The Atlanta Gladiators took the lead early with a goal by Greg Campbell in their second matchup of the season with the Greenville Swamp Rabbits. The Rabbits quickly tied the game ending the first period with a score of 1-1.

It quickly became an exciting, physical game as the interstate rivals battled for the win.

Ultimately, the Glads fell a little short this time and the Rabbits took the win with a final score of 5-2, including a hat trick by Diego Cuglietta.