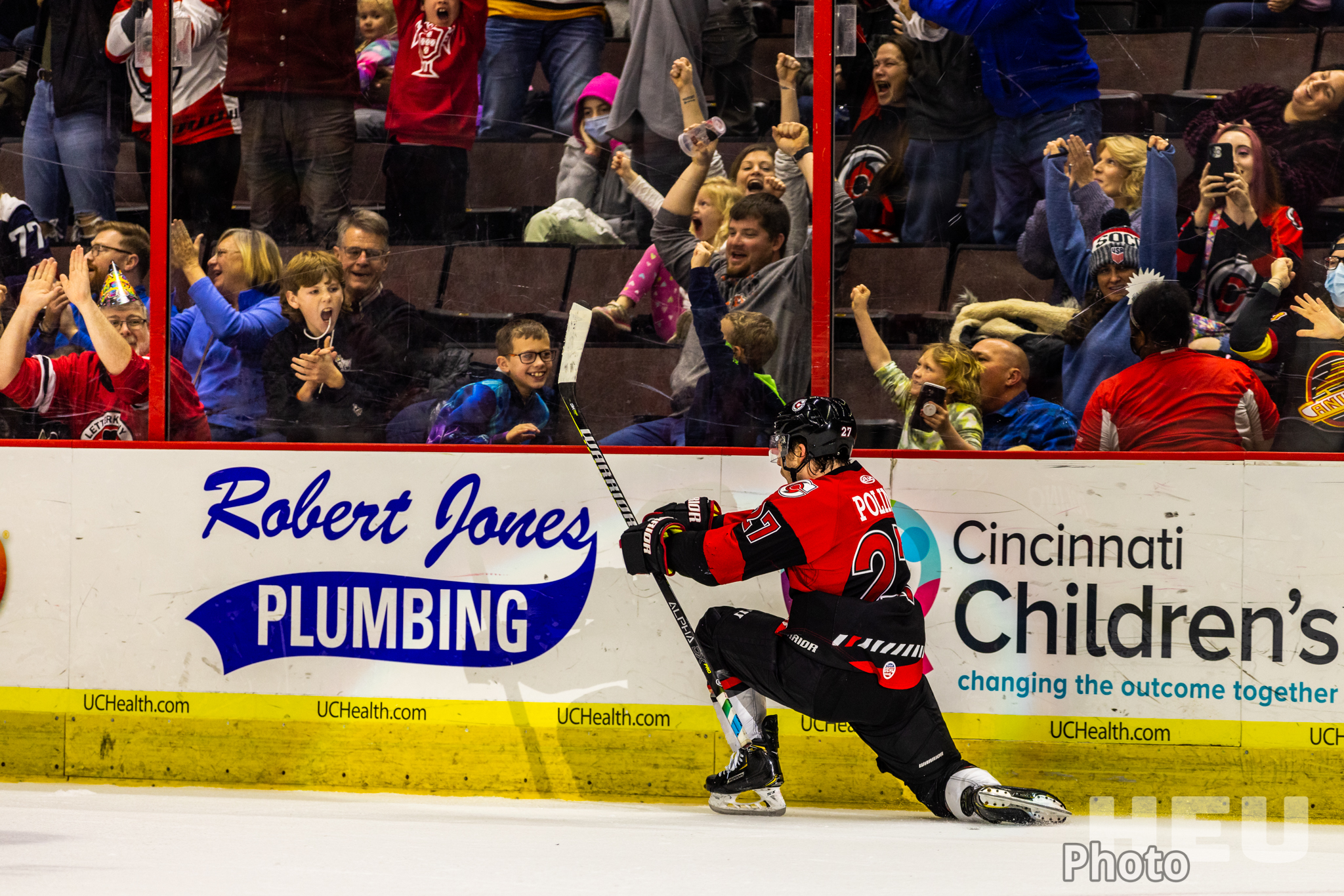 CINCINNATI, OH – Patrick Polino was the only scorer in the shootout, and the Cincinnati Cyclones beat
the Greenville Swamp Rabbits 3-2 on New Year’s Eve. Six shooters took shots in the contest, with Polino beating Greenville goalie John Lethemon.

Both teams had clear chances to win at the end of the third period as well as in overtime, but neither were able to capitalize. Liam Pecararo scored twice for the Swamp Rabbits while Matt McLeod and Johnny Coughlin scored for Cincinnati in regular time. Sean Bonar had another great game with 26 saves.

Here are photos from the on-ice action from Hector Urcia.