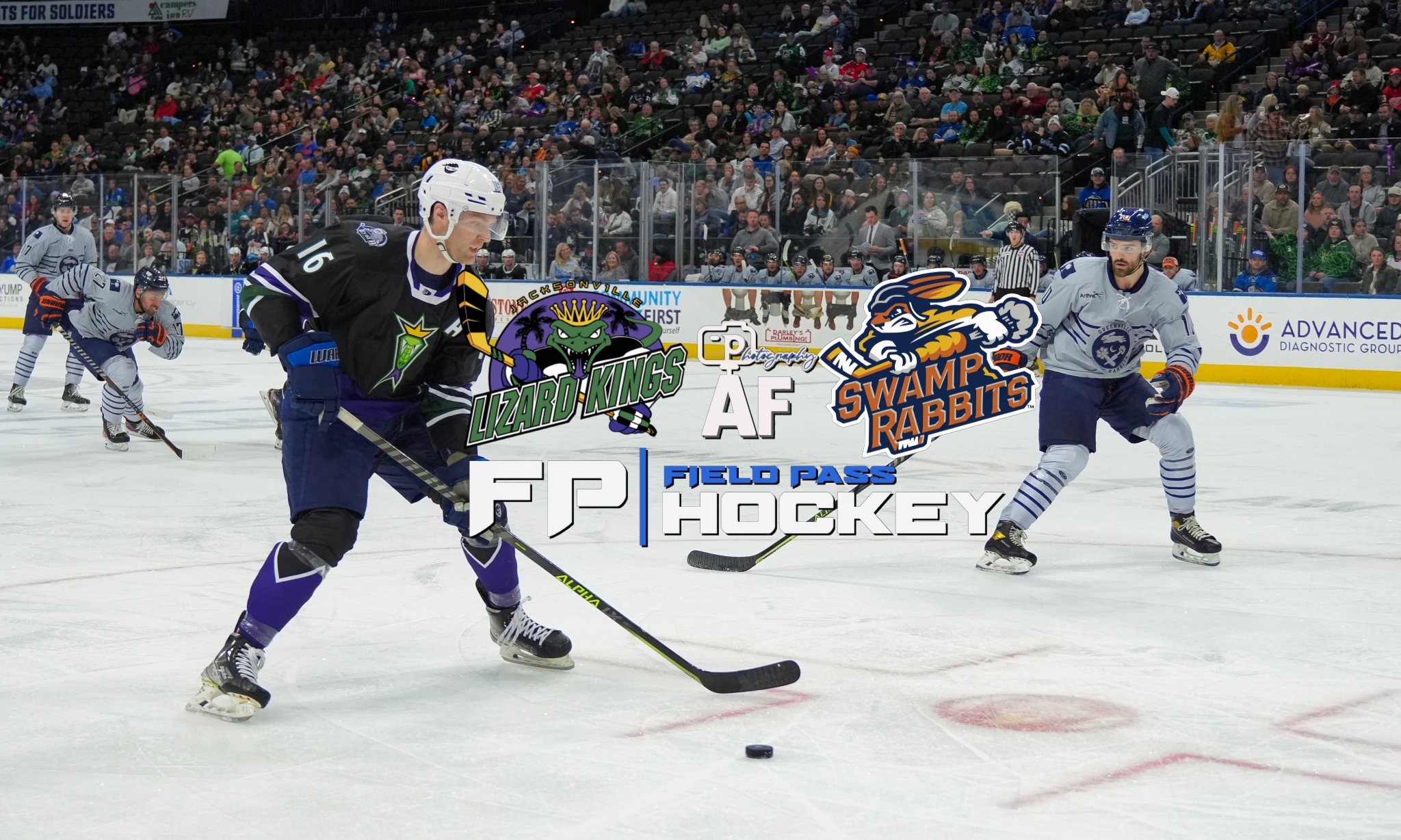 #ECHLPHOTOS | On Friday night, for their annual throwback weekend, the @JaxIcemen stepped back in time to play as the Jacksonville Lizard Kings against the visiting @SwampRabbits.
FHP Photographer @IcemenJax was there to capture the action. Check out his photo gallery!

After a scoreless first period, the Swamp Rabbits would tally first with a goal from Tanner Eberle just over two minutes into the game. Eberle previously played for the Icemen in their inaugural season. The Lizard Kings tied the game up on a powerplay goal from Christopher Brown. The Swamp Rabbits would score two more goals to end the second period up 3-1.

On a carry-over powerplay from the end of the second period, the Swamp Rabbits would score 44 seconds into the third period to give them a three-goal cushion. A powerplay goal by Jacksonville’s Zach Jordan at the 9:13 mark would make it a two-goal deficit, but the Lizard Kings were unable to close the gap and an empty-net goal with 30 seconds left on the clock sealed the deal for the Swamp Rabbits.

The two teams match-up again on Saturday afternoon at 1 p.m.