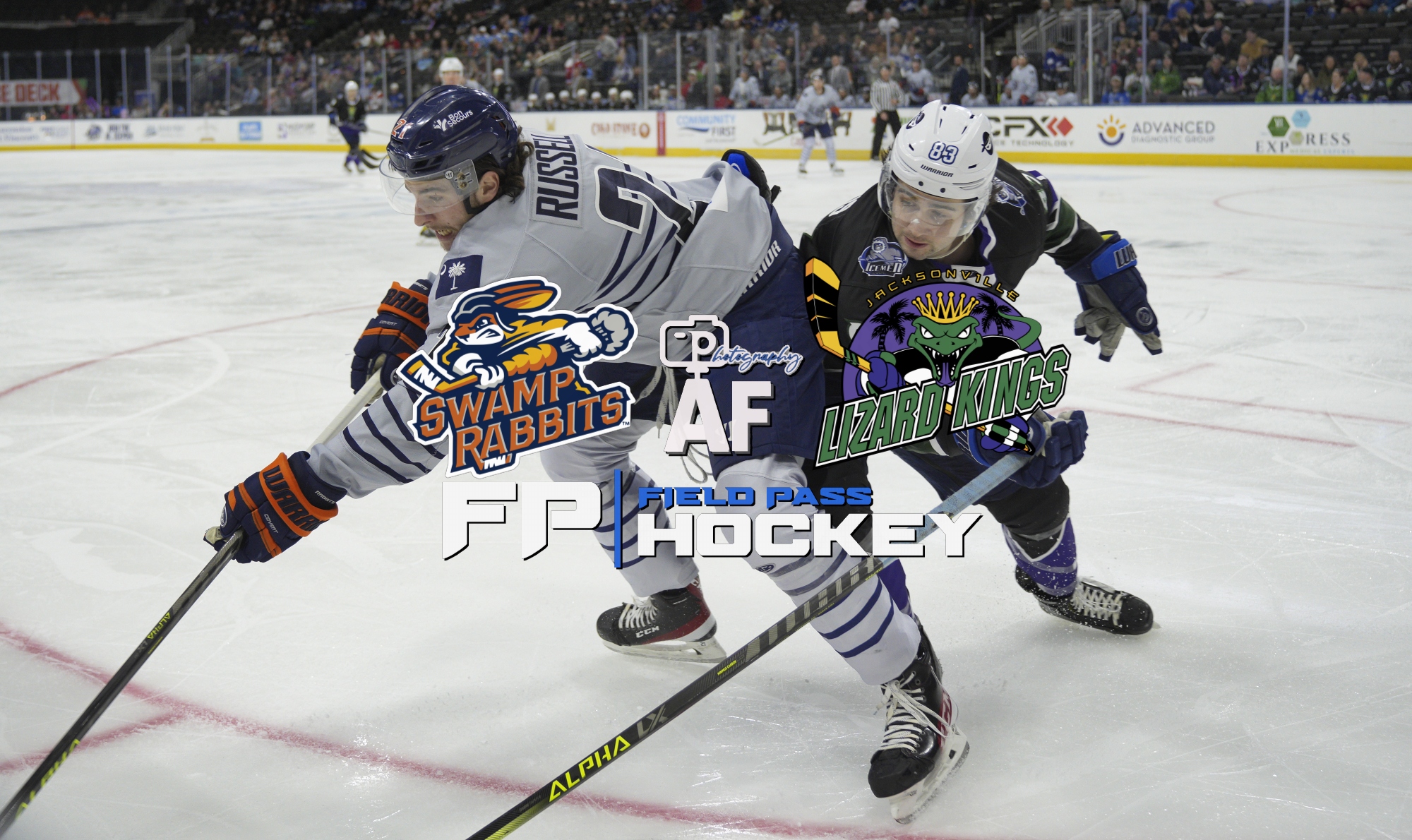 #ECHLPHOTOS | In the second of back-to-back games against the @SwampRabbits, the @JaxIcemen stepped back in time to play as the Lizard Kings for the second game in a row.
FHP Photographer @IcemenJax was there to capture the action. Check out his photo gallery!

Putting the previous night’s loss behind them, Jacksonville’s Tim Theocharidis netted the first goal at the 3.48 mark of the first period. A rocket shot from Jacob Panetta at the 15.29 mark gave the Lizard Kings a 2-0 lead headed to the first intermission.

Jacksonville took their foot off the gas in the third period, allowing Greenville to get themselves back in the game and ending the shutout bid for Olaf Lindbom. Tanner Eberle scored a powerplay goal just over a minute into the third period, with an assist from Alex Ierullo. Nikita Pavlychev scored his 20th goal of the season at the 12.32 mark, also with an assist from Ireullo, who has 19 points in his last eight games. With Greenville’s goaltender pulled, Ethan Somoza would put them within two, with a goal at the 18.02 mark to make it 5-3. Jacksonville’s Craig Martin scored an empty-net goal in the game’s closing seconds for a three-goal cushion, sealing the win for the Lizard Kings.

Check out this photo gallery from Field Pass Hockey’s Andrew Fielder, who was there to capture the action.