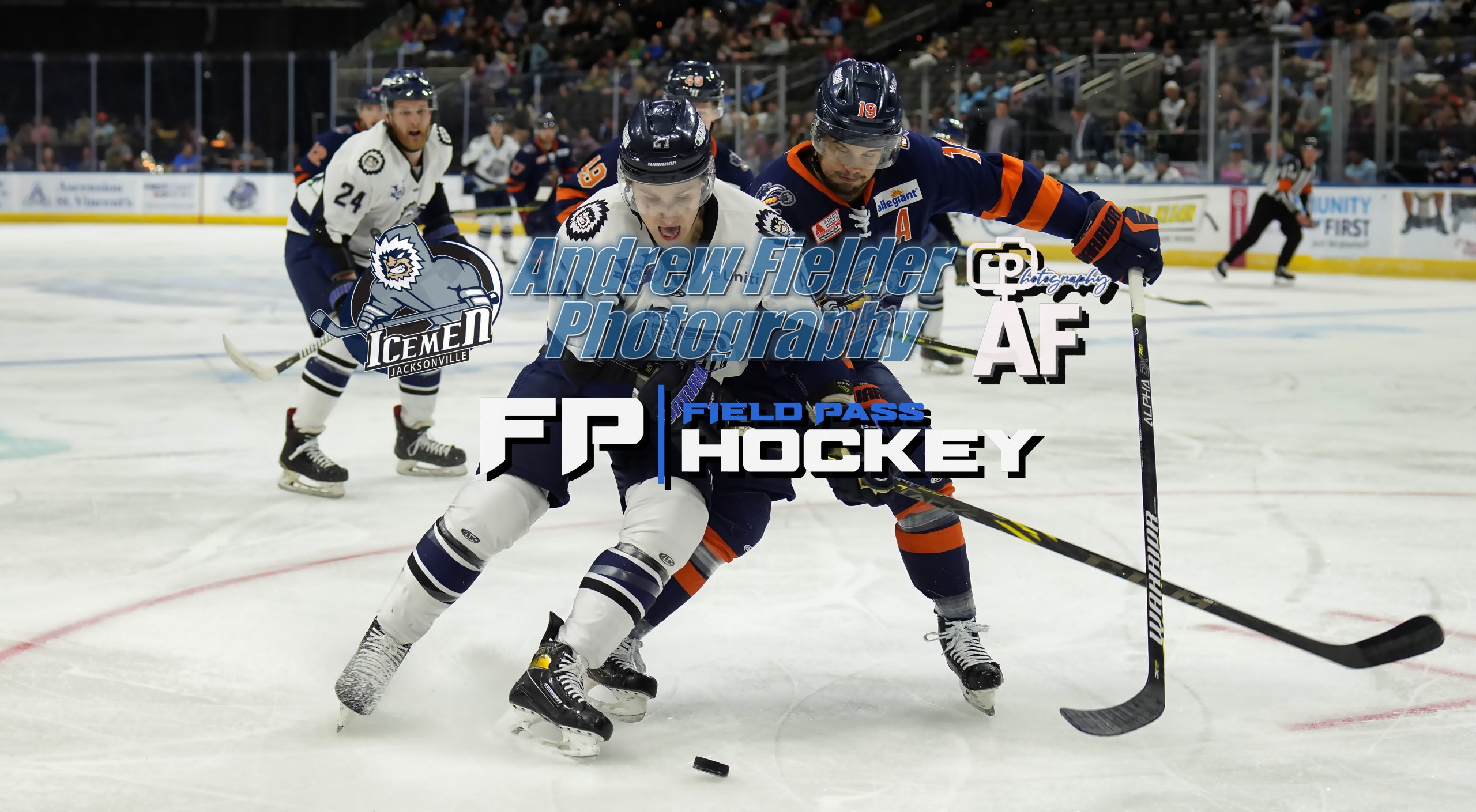 An overtime win over the Greenville Swamp Rabbits secured the Jacksonville Icemen the third seed in the South Division, heading into the playoffs.

JACKSONVILLE, Fla – Wednesday night the Jacksonville Icemen secured the third seed in the South Division with a 2-1 overtime win against the Greenville Swamp Rabbits.  In the first home game in two and a half weeks after a nine-game road trip, the Icemen played their penultimate home game of the regular season.

The game had a playoff feel to it, with the Swamp Rabbits currently battling to retain the fourth seed in the division. With only three penalties assessed in the entire game, all coming during the first period, both teams players played with resilience. Jacksonville had a number of good scoring opportunities during the first period and outshot Greenville 13-7, but it was Greenville who scored first with a power play goal by Max Zimmer.

In a fast paced second period, the Icemen came out strong with Ara Nazarian scoring less than two minutes into the period to even things up. Both teams piled on the pressure with back-and-forth procession and scoring opportunities.

The third period was very similar to the second, with more fast-paced action and physical play. With Jacksonville needing at least one point to secure the third seed in the South Division, and Greenville wanting as many points as possible to retain their place in the playoffs, both teams were careful not to make any mistakes.

After a scoreless third period, the game required overtime. Jacksonville took control, and just over a minute in, Craig Martin scored the game winner and his 25th of the season. Jacksonville outshot Greenville 33 to 23, earning the Icemen netminder Francois Brassard the number two star.