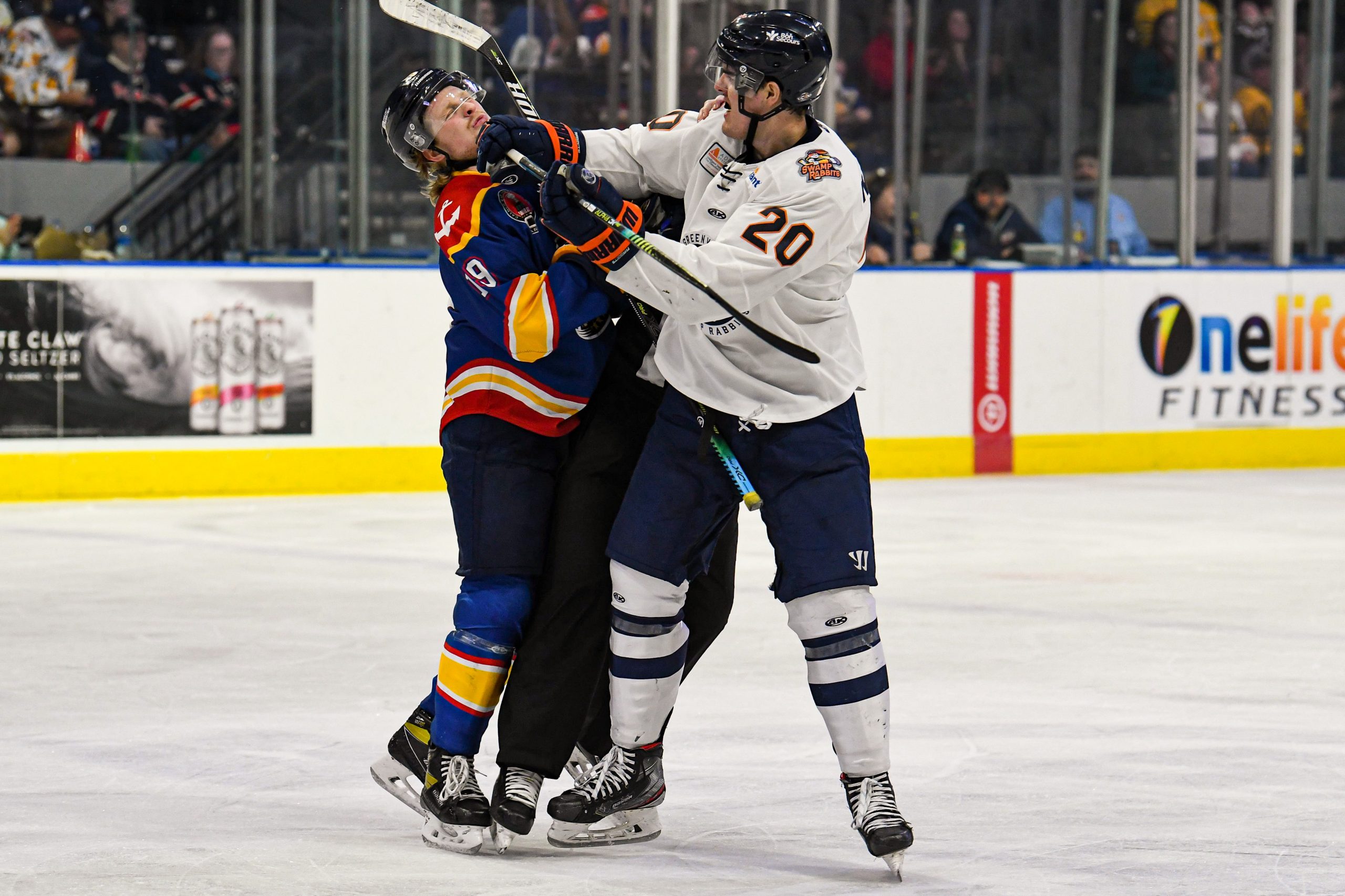 The Norfolk Admirals finished off their 2021-22 season, with back-to-back wins against the Greenville Swamp Rabbits.

NORFOLK, Va – The Greenville Swamp Rabbits took to the road for a two-day-match up against the Norfolk admirals for their last games of the regular season.

The Rabbits started off strong in the first game netting two goals in the first period to give them the lead through the first and second periods of play. Norfolk came back in the third period,  kicking it into gear by scoring four unanswered goals to take a 4-2 victory.

During the game on Sunday the Admirals kicked off the scoring with two goals in the first period. Chase Zieky cut their lead in half by scoring a goal for the Rabbits early in the second period but it was soon followed up by another Norfolk goal. Both teams played hard in the third period but it would be  Norfolk  who took the 5-2 win for their final game of the season.

Despite the rough weekend for the Swamp Rabbits though, they will continue to play in the post season.

Check out this photo gallery from Field Pass Hockey’s Rebecca DaSiilva for highlights from the game.