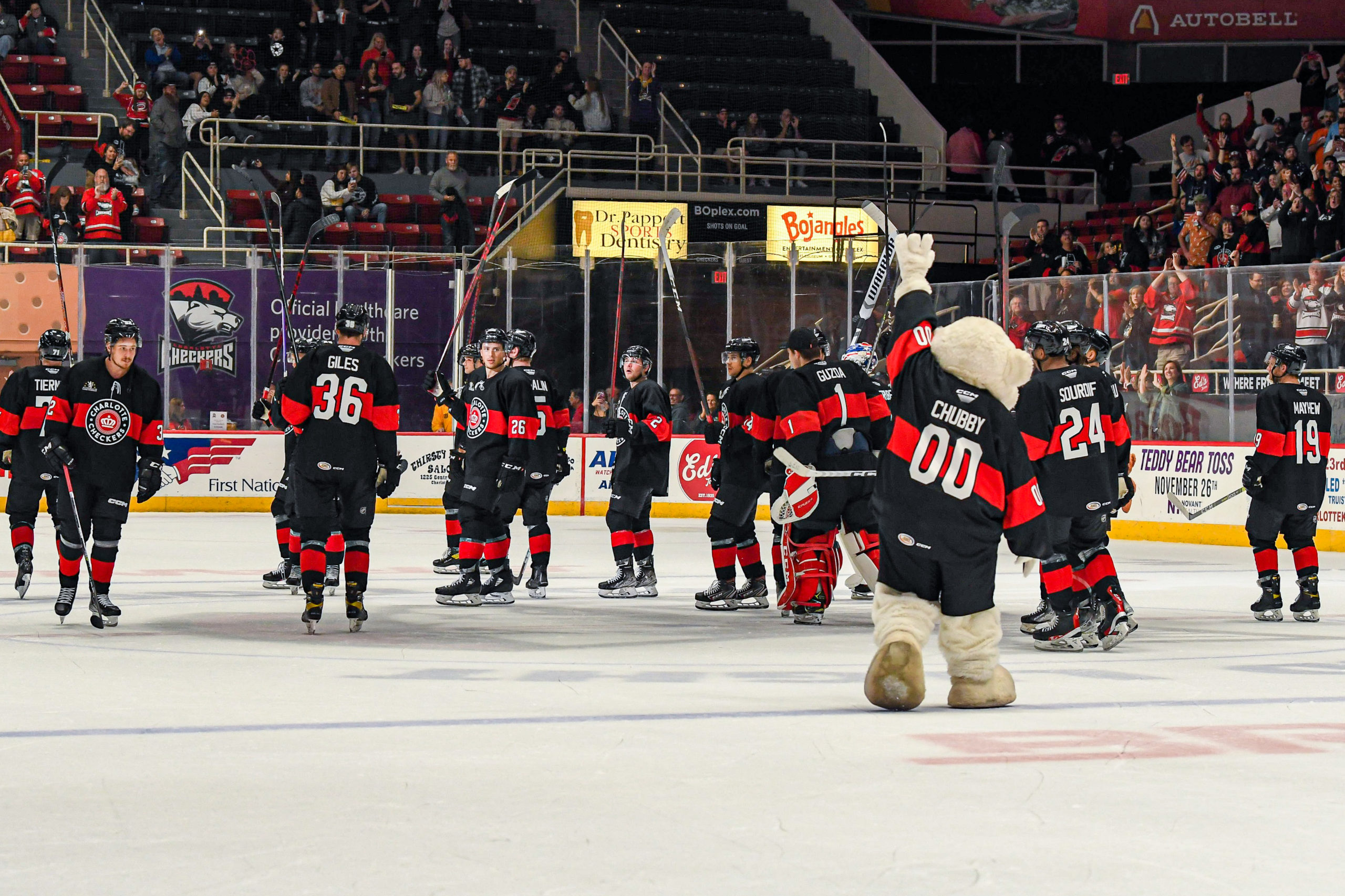 CHARLOTTE, NC – Fans were happy for hockey to be back Friday night, with the Checkers home opener not leaving them disappointed.

The Checkers’ Aleksi Heponiemi scored the season’s first goal less than five minutes into the first period.  The game went back-and-forth between the Checkers and Wolf Pack, with goals by each team in each of the first two periods. With less than eight minutes left in the game and with the Checkers trailing 3-2, Chris Tierney scored a game-tying goal to force overtime.

Just 35 seconds into the overtime period, Anton Levtchi scored the game-winning goal for the Checkers, earning them the 4-3 victory.

Check out this photo gallery from Field Pass Hockey’s Rebecca DaSilva who was there to capture the action.