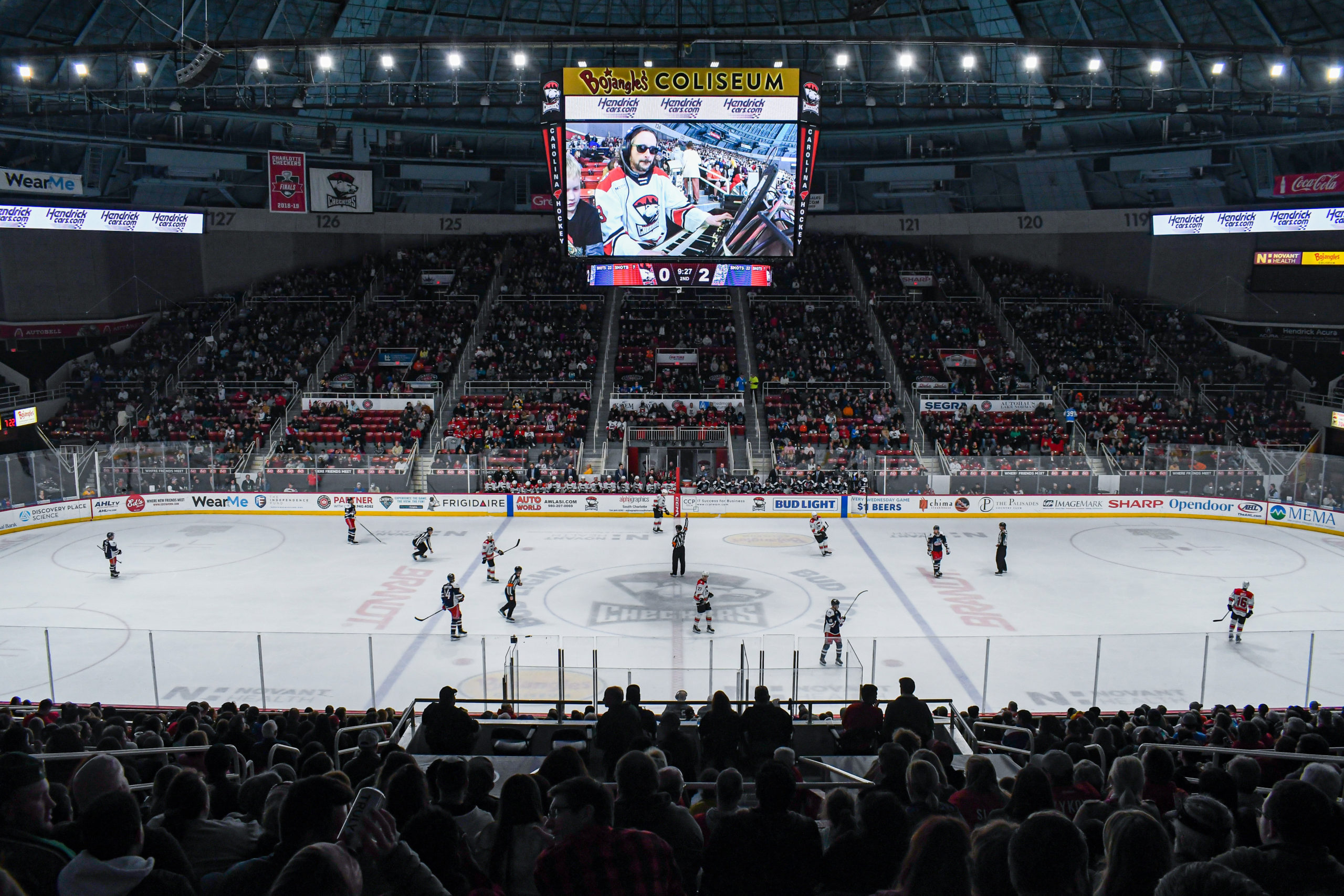 #AHLPHOTOS | The @checkershockey took on the @wolfpackahl in front of a sold-out crowd Tuesday night.
FPH Photographer @rebeccagorgalez was there for the action!

CHARLOTTE, Nc – The Charlotte Checkers took on the Hartford Wolfpack in front of a sold-out crowd Tuesday night.

It ended up being a rough night for the Checkers as the Wolfpack took the win with a 5-0 shutout. Hartford’s Louis Domingue earned his first shutout of the season.