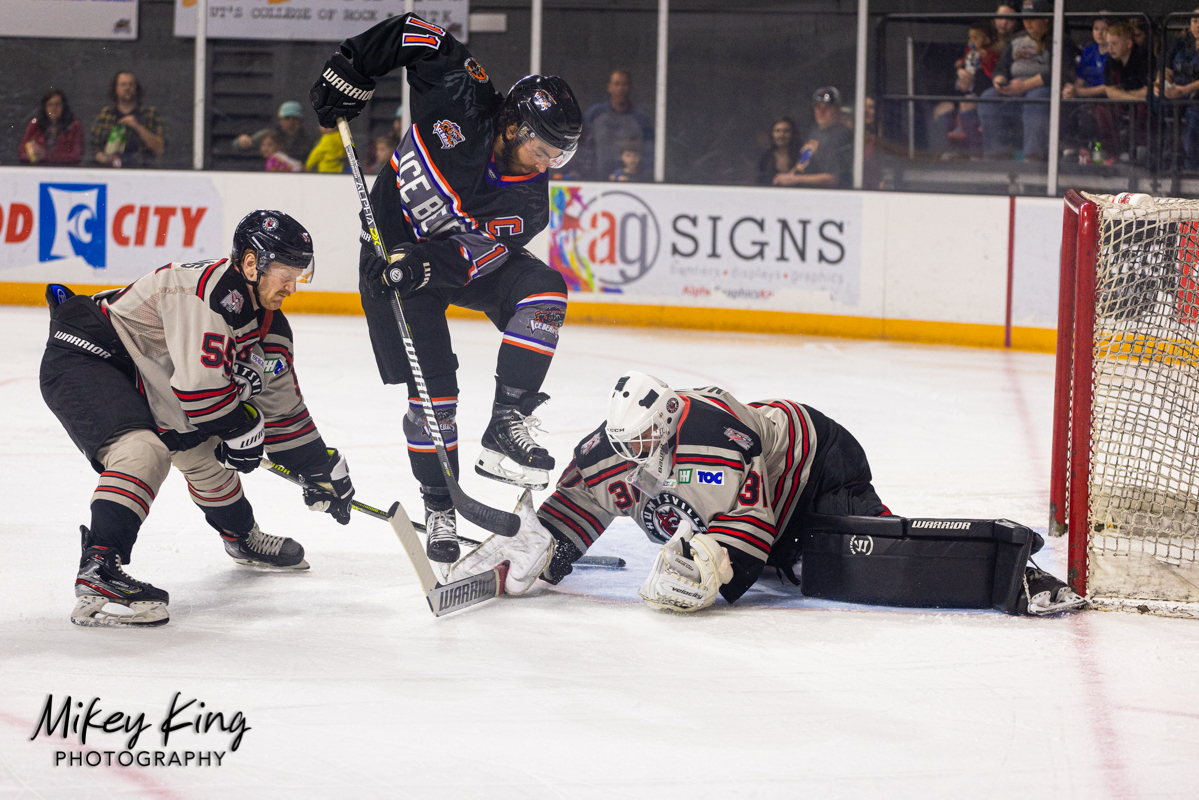 The Huntsville Havoc traveled to Knoxville to take on the Ice Bears in a battle of the top two SPHL teams on Friday.

KNOXVILLE, Tenn – The Huntsville Havoc traveled to Knoxville to take on the Ice Bears in a battle of the top two SPHL teams on Friday.

The scoring started early for the Havoc when Tyler Piacentini and Nate Poink scored two goals within the first three minutes of the game. The Ice Bears were able to get  themselves on the board with a goal from Razmuz Waxin-Engback. Bauer Neudecker added one more for the Havoc to end the period up 3-1. The Ice Bears scored early in the second period with a goal from Stepan Timofeyev, but the Havoc answered  back with a power play goal by Tyler Piacentini. Down 4-2 the Ice Bears came back with goals by Jason Price and Dino Balsamo to end the second period tied at four. The Havoc regained the lead when Kyle Clarke broke the tie just 2:13 into the third period. Rob Darrar followed with an insurance goal as the Havoc took the 6-4 victory.