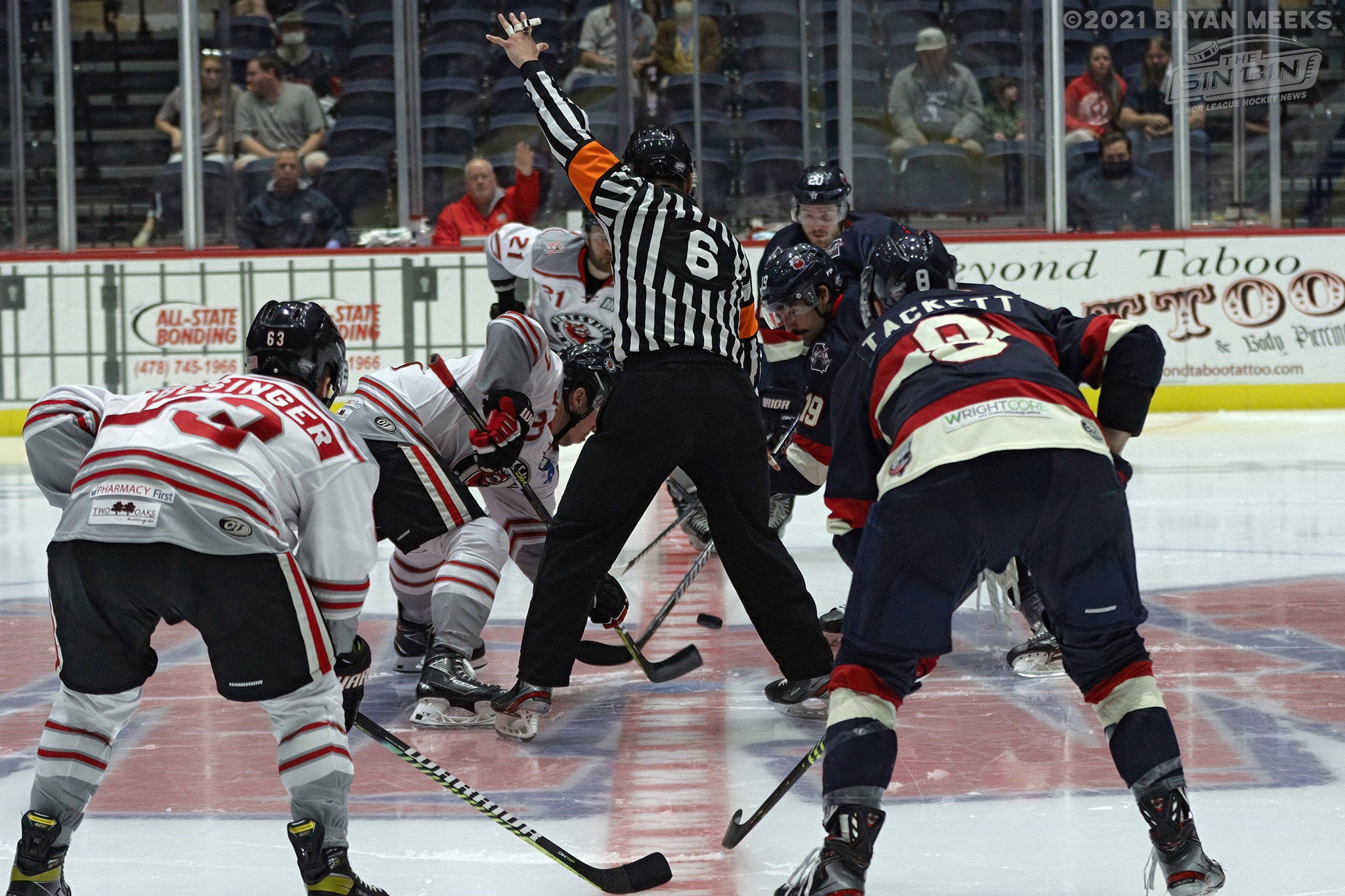 MACON, Ga. – The Macon Mayhem hosted the Huntsville Havoc for game two of the first round of the 2021 SPHL President’s Cup Playoffs on May 8, 2021. The Mayhem were victorious in game one of the best of three series on Thursday in Huntsville. The Havoc, on the verge of elimination, played with increased intensity and were able to disrupt Macon’s normal game play. Like the previous game, Huntsville tallied the first goal. Macon was not discouraged and quickly found the back of the net to even the score. The third period started with a tie game. Ryan Smith scored the go-ahead goal early in the third period. Huntsville played hard for the remainder of the game but they were unable to get any more shots by Macon’s netminder Jake Theut. The Mayhem won the game 2-1, sweeping the Havoc in the first round.

Macon will face the Pensacola Ice Flyers in the President’s Cup Finals.

Bryan’s wife Ivy provided photos from the higher perspectives.  Check out their gallery and be sure to follow Bryan at Orbicular Media and on Instagram!