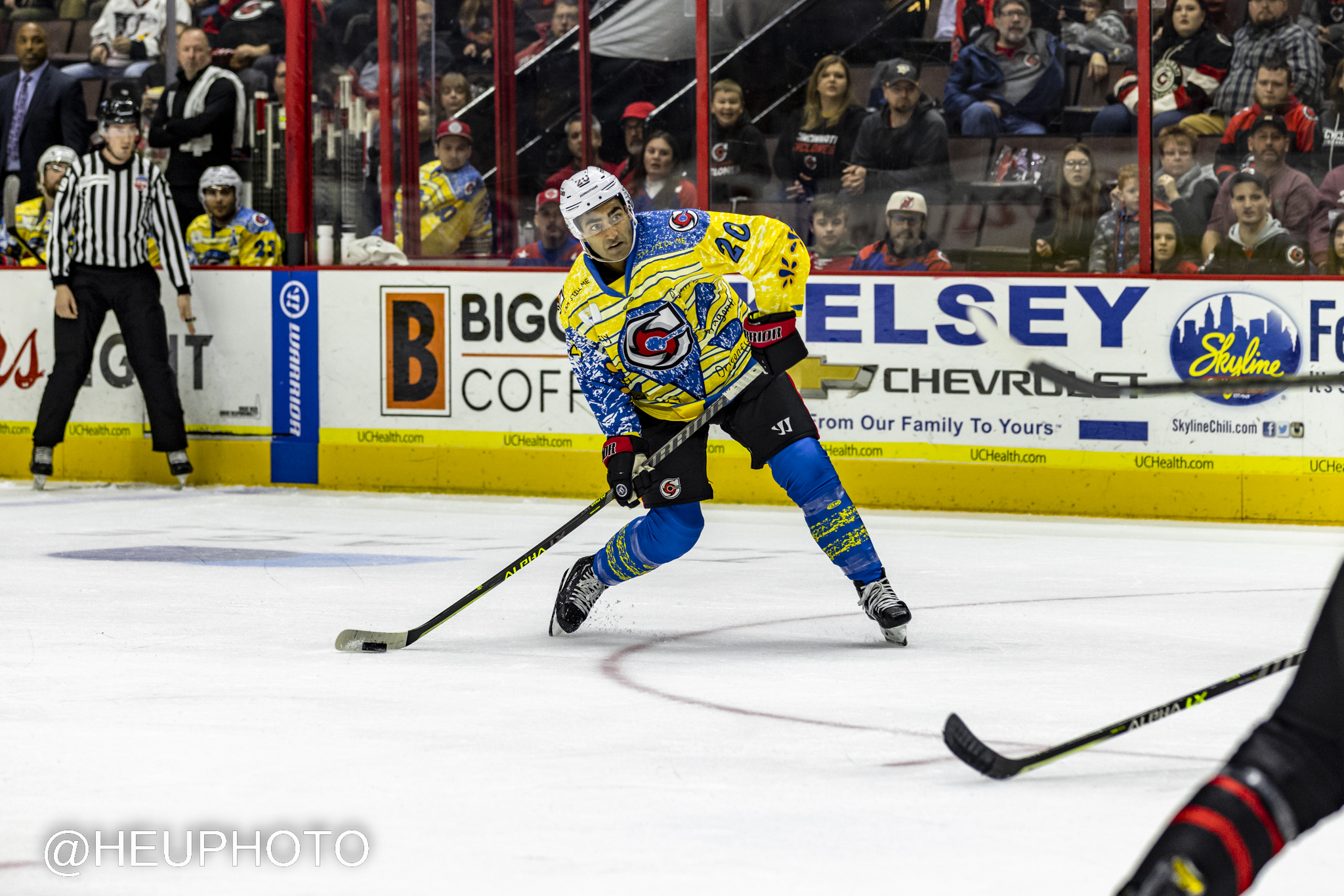 #ECHLPHOTOS | On Friday night the @CincyCyclones took on the visiting @IndyFuel.
FPH Photographer Héctor Urcia was there and shot this gallery!

It was an evenly matched game between these two division rivals in which 49 shots on goal were made, and 35 penalty minutes were handed out during gameplay. Indy took advantage of a defensive error to score their only goal of the match 17:57 minutes into the first, by Seamus Malone, for his 13th goal of the season.

A power-play goal by  Louie Caporusso at 9:10 in the second period tied the game at 1-1. Less than three minutes later, Cincinnati took the lead thanks to another power-play goal, this time by Arvin Atwal, assisted by  Josh Passolt and Lincoln Griffin. Justin Vaive added an insurance goal for his 14th of the season. Beck Warm made 28 saves for Cincinnati.