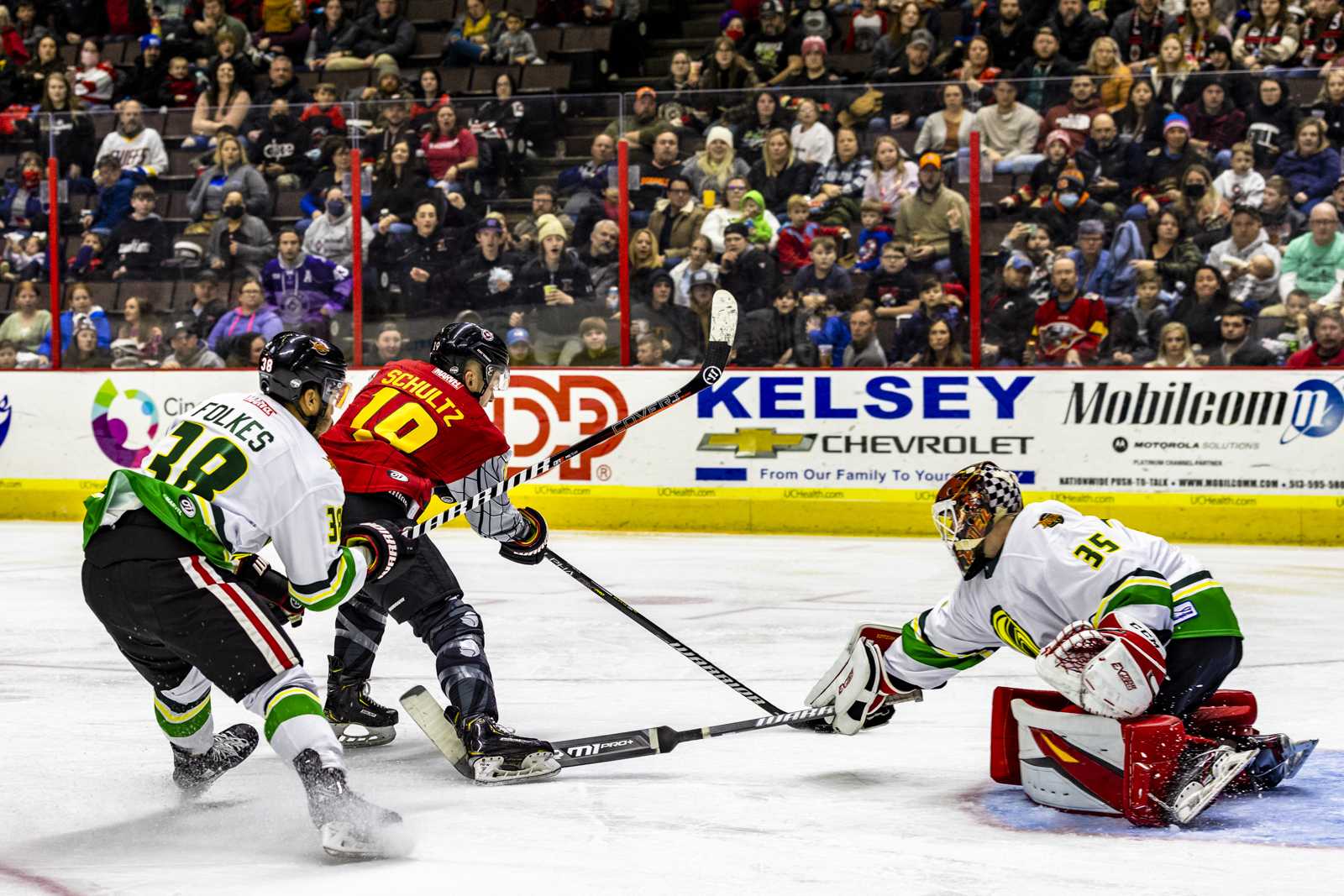 CINCINNATI, Ohio – Angus Redmond was just four minutes away from his second shutout of the season in the Cyclones’ 5-1 win over the Indy Fuel. Cincinnati scored four times in the second period with Jesse Schultz providing the game-winning goal at 5:54. The Cyclones also got goals from Louie Caporusso, Justin Vaive, Lincoln Griffin, and Bair Gendunov, his first professional goal. Redmond made 27 saves in his 12th start of the season, while Caporusso and Vaive collected each their 13th goal of the season. Spencer Watson scored on the power play for the Fuel.