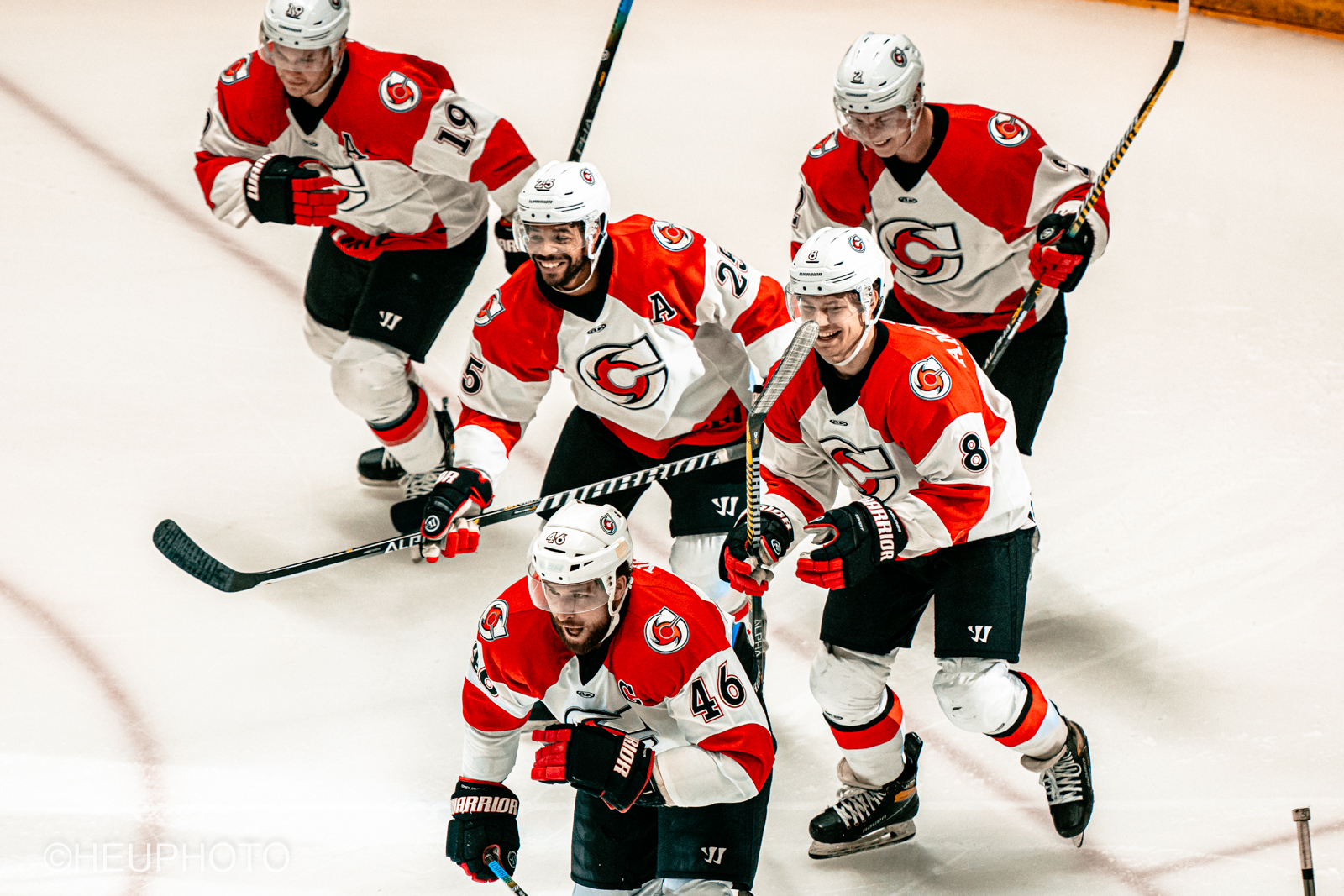 CINCINNATI, Ohio – The Cyclones were in attack mode from the get-go, scoring within the first 15 seconds of their game against the Indy Fuel on Friday evening.

Justin Vaive opened the scoring. But, the Fuel tied the game up six minutes later thanks to Seamus Malone.

The Fuel did not make things easy for the Cyclones, as they scored three straight goals in the third to take the lead. Patrick Polino resurrected the crowd with a power goal with 4:34 left to send the game into overtime.

Neither team was able to win the game with a golden goal but the Fuel came out on top in the shootout.

Cincinnati earn the point that allowed them to clinch a playoff spot in front of 10 thousand-plus fans. The Cyclones will go on to face the Toledo Walleye at home on April 25th.