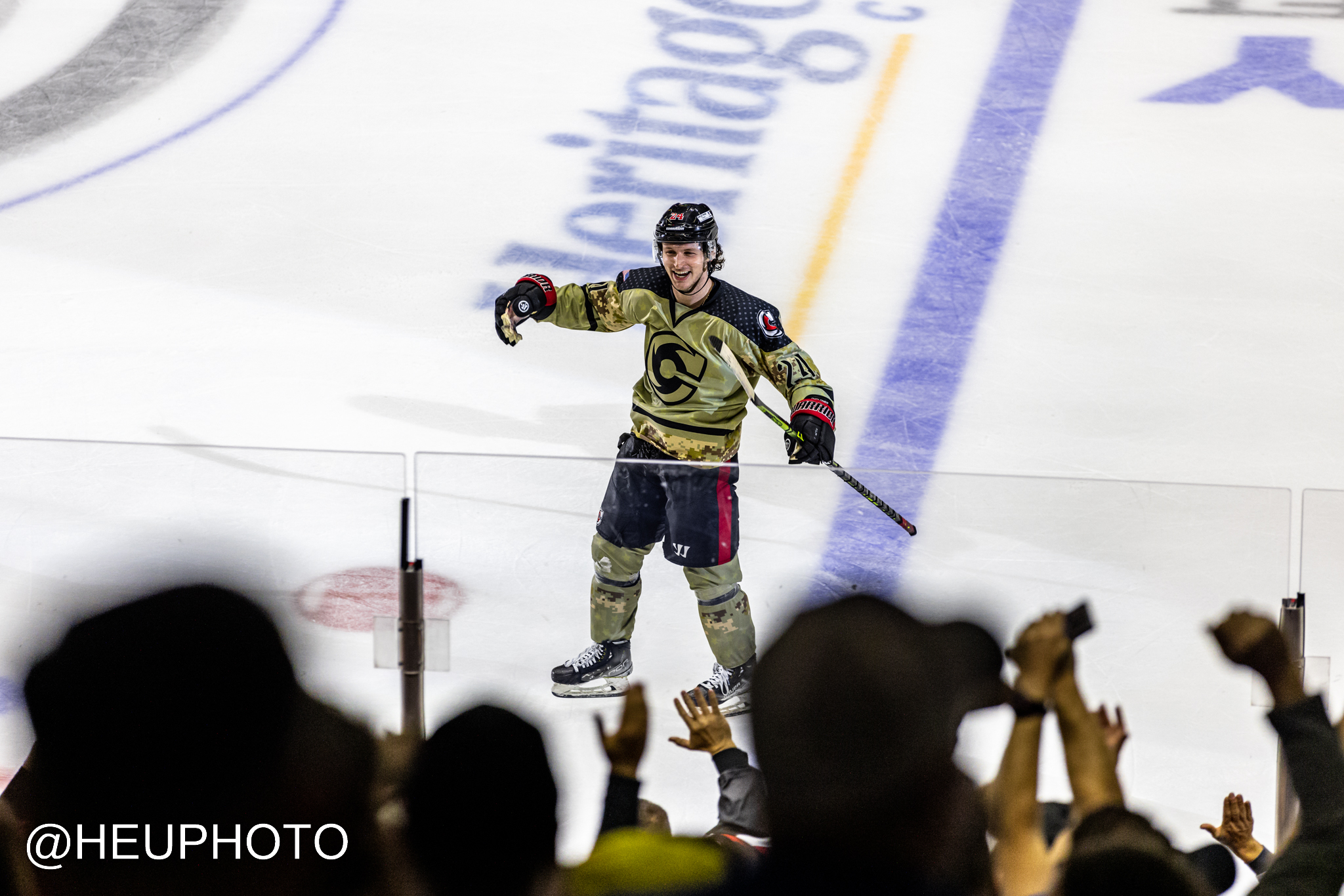 Dajon Mingo opened the scoreboard for Cincy 12:25 into the first period, assisted by Phil Lagunov and Louie Caporusso. Cincinnati dominated the first period outshooting  Indianapolis 14 to 5.

In the second period, the Fuel was able to tie the game at the 10:24 mark thanks to Jan Mandát‘s goal. Two minutes later, the Cyclones took back the lead when Josh Passolt scored an even-strength goal and Justin Vaive‘s power-play goal made it 3-1 in Cincinnati’s favor before the end of the second intermission.

The final period belonged to Indy by a small margin, outshooting the home team 9 to 7. Cameron Hillis and Keoni Texeira scored for the Fuel sending the game to overtime. A quick combination between Patrick Polino and Dajon Mingo ended with Lincoln Griffin‘s game-winning goal to give Cincinnati the victory on Friday night.