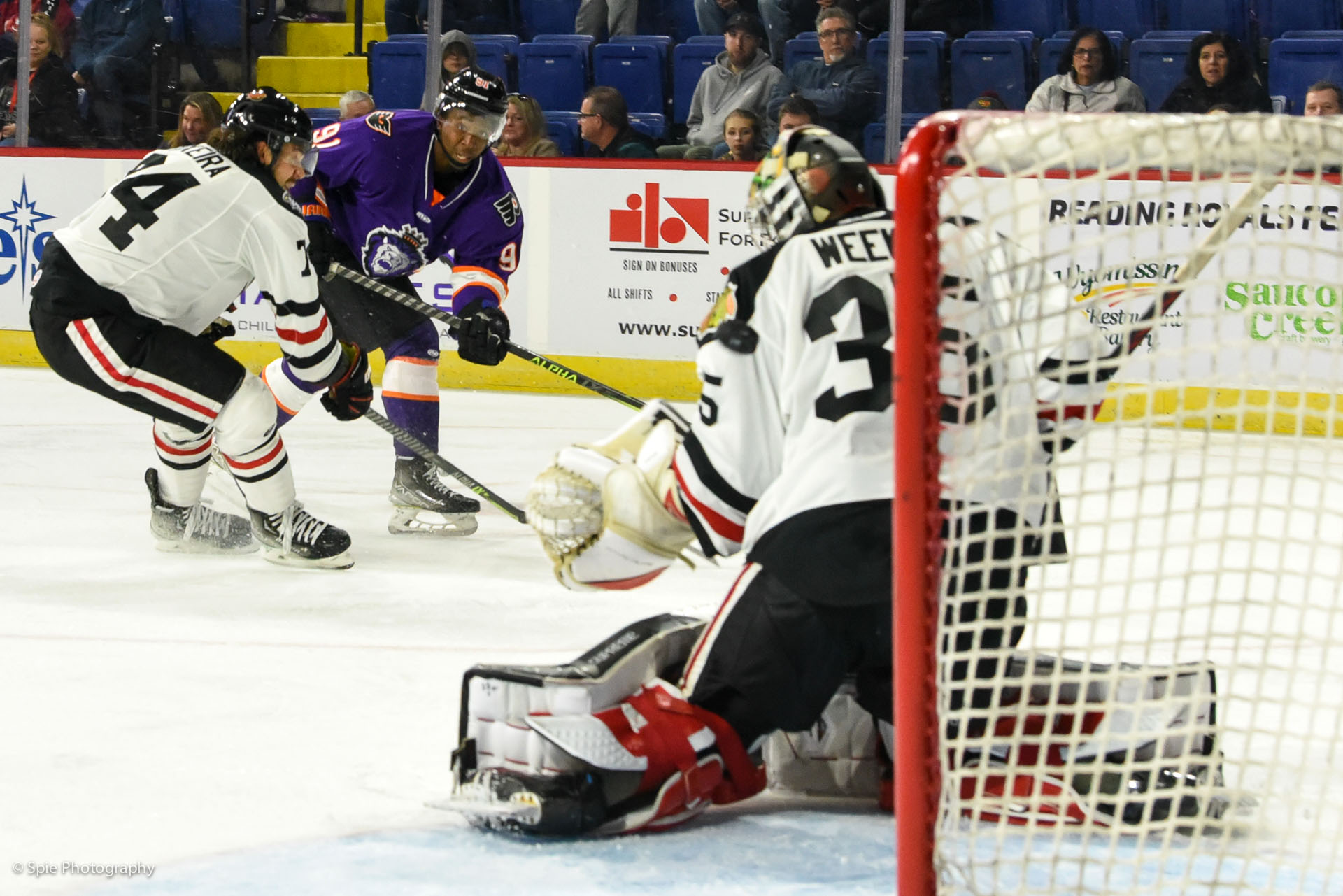 Reading, PA – The Reading Royals hosted the Indy Fuel for their home opener on October 29, 2022.

The first period was scoreless but the Fuel opened the scoring just 35 seconds into the second period. The Royals came back to tie it midway through the second on a goal from Yvan Mongo, which was also his first professional career goal. The Fuel came back to take the lead late in the second with a short-handed goal, which proved to be the game-winner.

The Royals pushed in the third period to get the tying goal but just could not get one past Mitchell Weeks of the Fuel. With less than a second left in regulation, the Fuel scored an empty net goal for the 3-1 win.