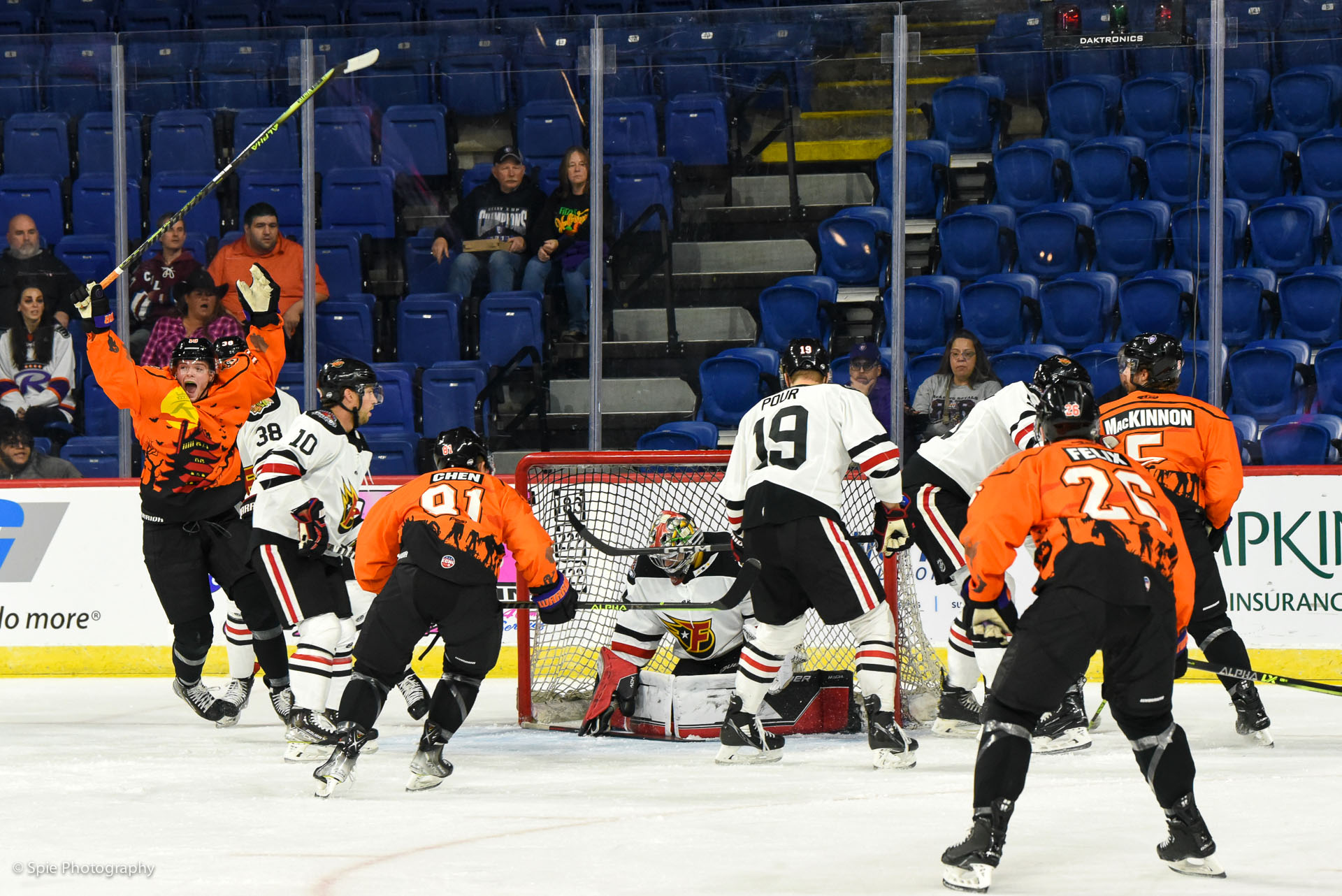 READING, Pa- The Reading Royals hosted the Indy Fuel for their Halloween game on Sunday.

Once again the Fuel got out to an early 1-0 lead this time on a goal from Chad Yetman. The Royals tied it up with five minutes left in the first period on a goal by Shane Sellar. Yetman gave the Fuel the lead again 14 minutes into the second period. Adam Karashik tied it up for the Royals with a short-handed goal one minute into the third period. Charlie Gerard scored the game-winner five minutes later. The final score was 3-2 and it was the Royals first win under new head coach James Henry.