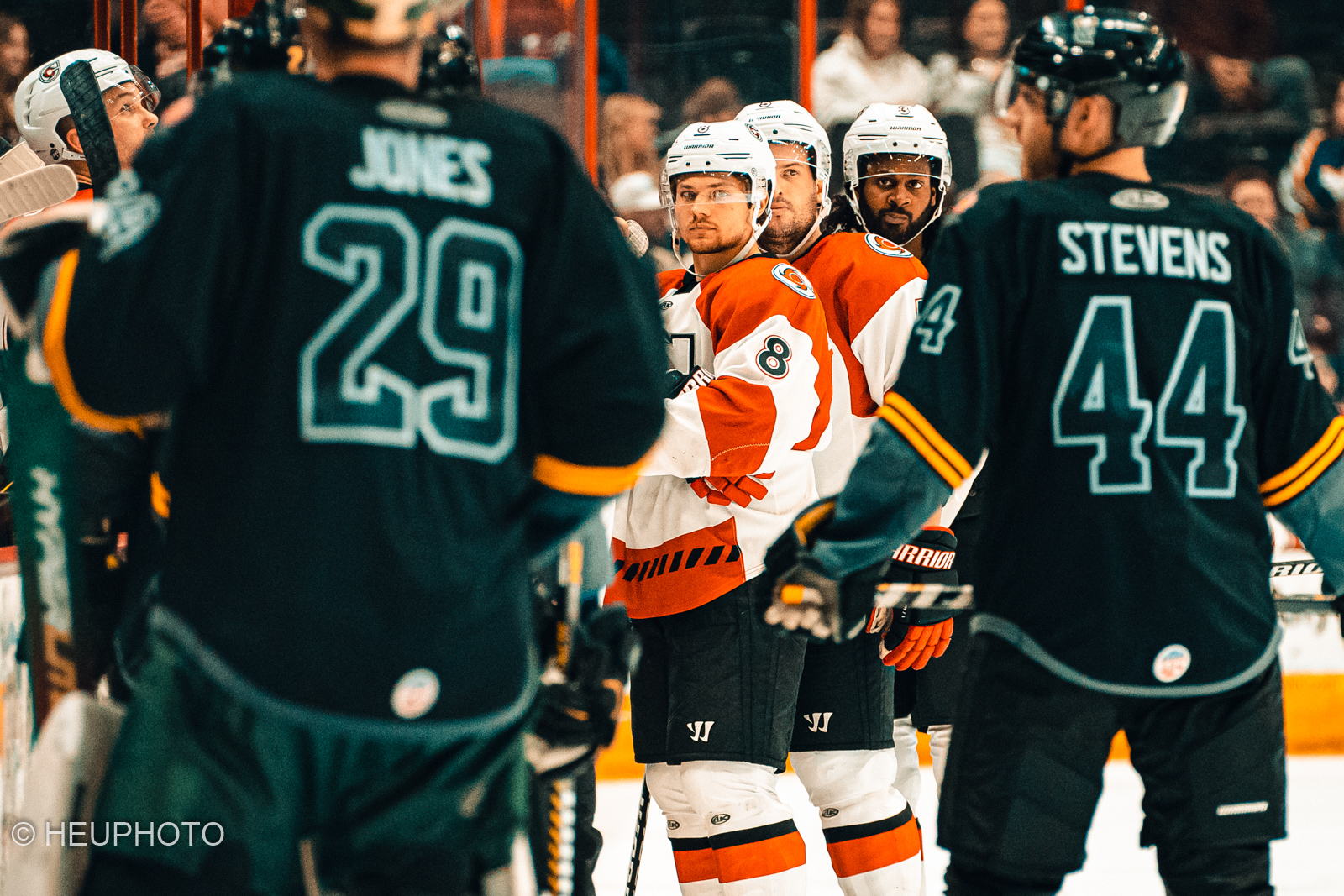 CINCINNATI, Ohio – The Cincinnati Cyclones kept their playoff hopes alive with a 4-2 win over the Iowa Heartlanders Friday night at The Heritage Bank Center.

The Cyclones struck first when Jesse Schultz beat Hunter Jones for his 22nd goal of the season. Lukas Craggs put Cincinnati up by two 2:39 into the second period, assisted by Schultz. Iowa tied it up before the second intermission, scoring the only power-play goal of the night.

Michael Houser had to be substituted after a collision with Kris Bennett five minutes into the third.

Both teams played a disciplined game where five combined penalties were called for the whole match. Louie Caporusso scored the winning goal while Dominic Franco provided the insurance goal. Sean Bonar made seven saves, while Houser got 20 before his injury.