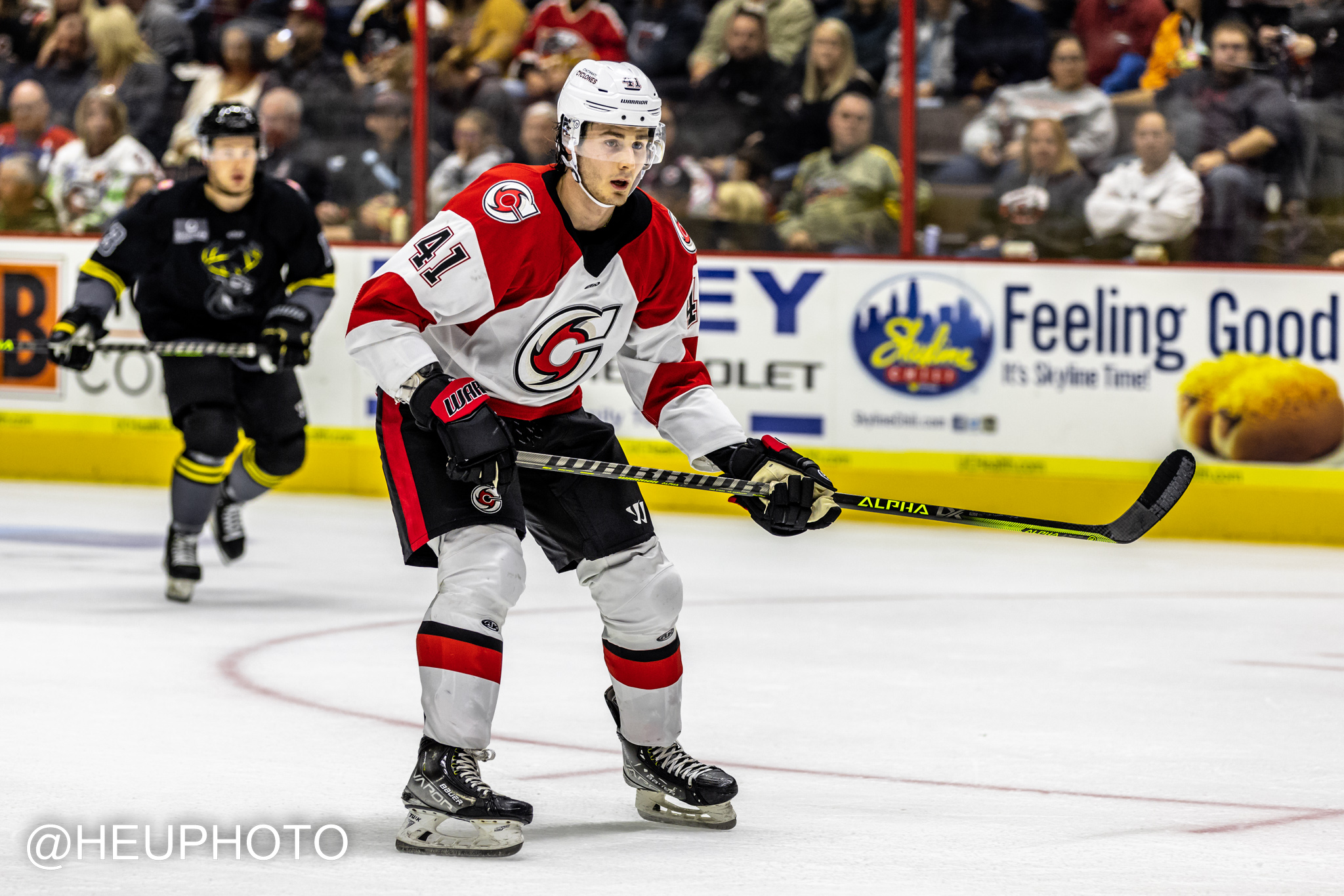 CINCINNATI, Ohio- The Cincinnati Cyclones remained undefeated with a 5-2 win over the Iowa Heartlanders in their home opener Saturday night.

It was a slow start for Cincinnati allowing Iowa to be up two goals after 25 minutes of play.  Kevin Conley and Tommy Parrottino scored for the Heartlanders. Cincinnati got back into the game with a power play goal by Justin Vaive 12:33 minutes into the second period. Cincinnati came out strong in the third period scoring four goals within 4:10 minutes, Matt Berry tied the game up at 2, 5:02miutes into the final period. Arvin Atwal scored his first goal of the season to give Cincinnati the lead with less than 13 minutes remaining. Less than ten seconds later, Louie Caporusso scored to put the Cyclones up 4-2,  assisted by Matt Berry and Josh Burnside.
Lincoln Griffin put the nail in the coffin with his second goal of the season 9:12 minutes into the third. Cincinnati’s Beck Warm had 30 saves.