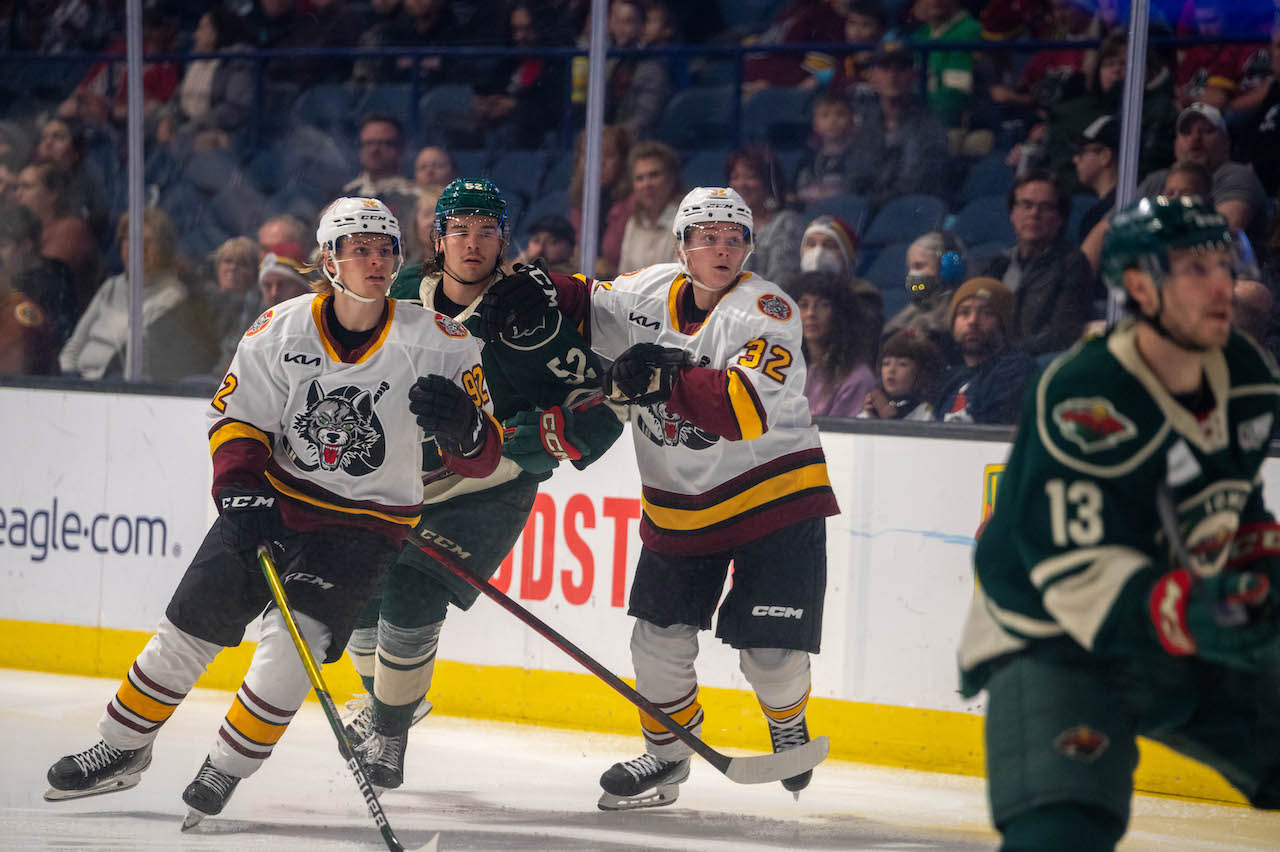 With only 0:32 seconds played, Iowa’s Nick Swaney opened up scoring. Logan Lambdin, in his second game with the Wolves, was able to tie the game up. Within seconds Iowa was able to retake the lead with a goal from Kevin Conley.

The second period did not see as much action, and the only goal of the period was from the Wild’s Nic Petan.

Iowa would open up scoring early again in the third period, with Sammy Walker, scoring at the 1:56 mark. Followed by a Wolves goal, and his first of the game, Griffin Mendel. Being short-handed and Chicago pulling their goalie to try to tie this game up, Iowa’s goaltender Jesper Wallstedt was able to seal his first win of the game, with a goal himself.

Check out this photo gallery from Field Pass Hockey’s Karen McClain who was there to capture the
action!