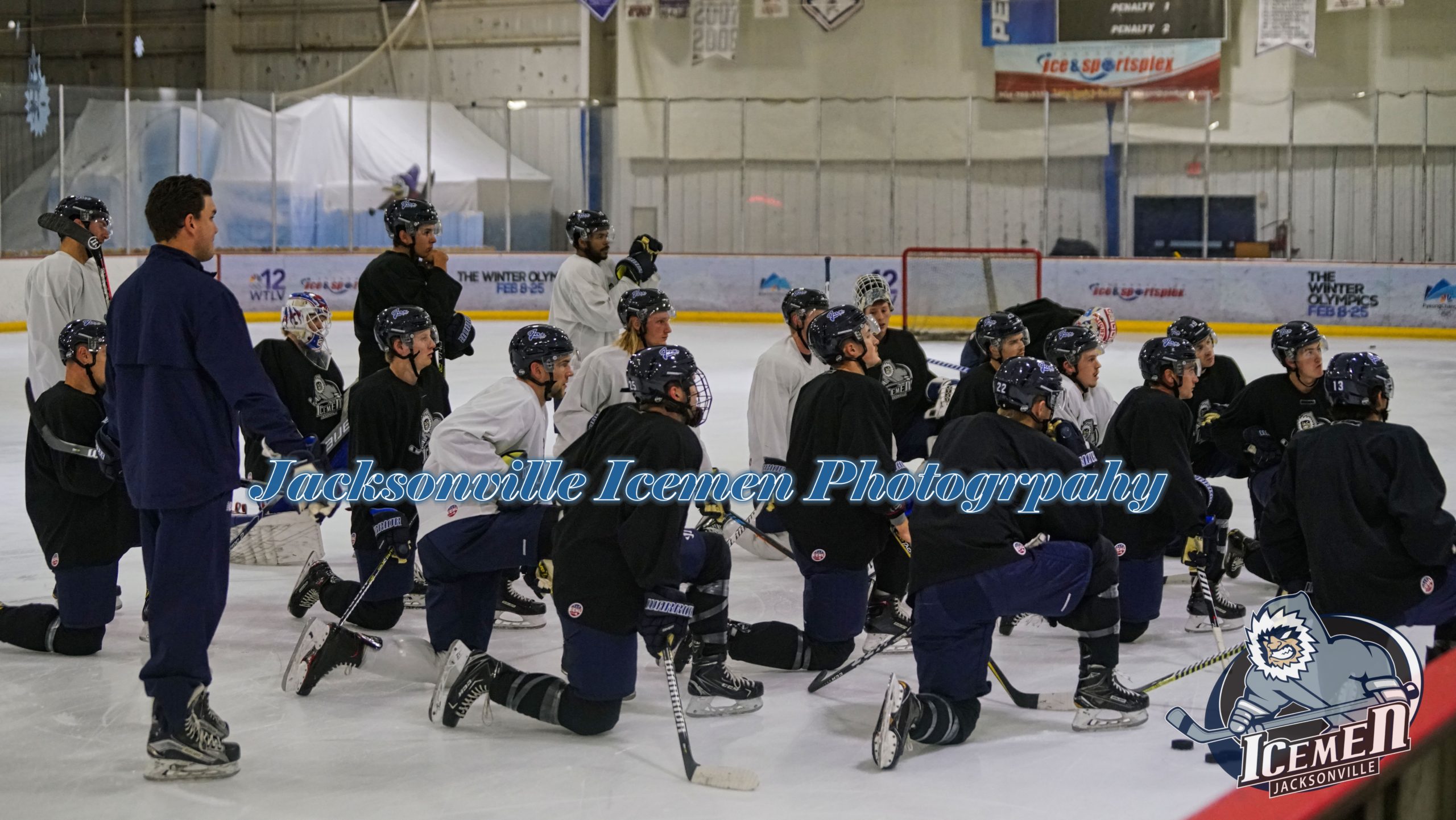 JACKSONVILLE, Fla. – The Jacksonville Icemen began their training camp this week at the Jacksonville Ice & Sportsplex, with very few familiar faces from last year’s team back on the ice. In their third year in Jacksonville, gone are the former captain & both alternate captains, who are all now playing overseas. Fans will be happy to see the return of Emerson Clark, who was a fan favorite during his nineteen games of play in the inaugural season. He rejoins his younger brother Everett Clark, who is returning for his third year with the team. Coach Jason Christie has yet to announce who will be the new captain, but fans are widely speculating that Emerson Clark may be named the team’s new leader.

The Icemen’s American Hockey League affiliate Manitoba Moose have so far assigned five players to the Icemen, including the return of Alexis D’Aoust and Hayden Shaw. Goaltender Griffen Outhouse was also assigned by Manitoba.

The team will play a blue vs. black exhibition game at the Jacksonville Ice & Sportsplex this Saturday. They will continue to hold training camp there Tuesday-Thursday next week and will hold final closed training camp sessions Friday-Saturday on their home ice at Vystar Veterans Memorial Arena.

The Icemen’s home opener for the 2019-2020 season will be against the Greenville Swamp Rabbits on Saturday, October 12th.

Check out this photo gallery from Field Pass Hockey’s Andrew Fielder for some of the highlights from this week’s training camp.