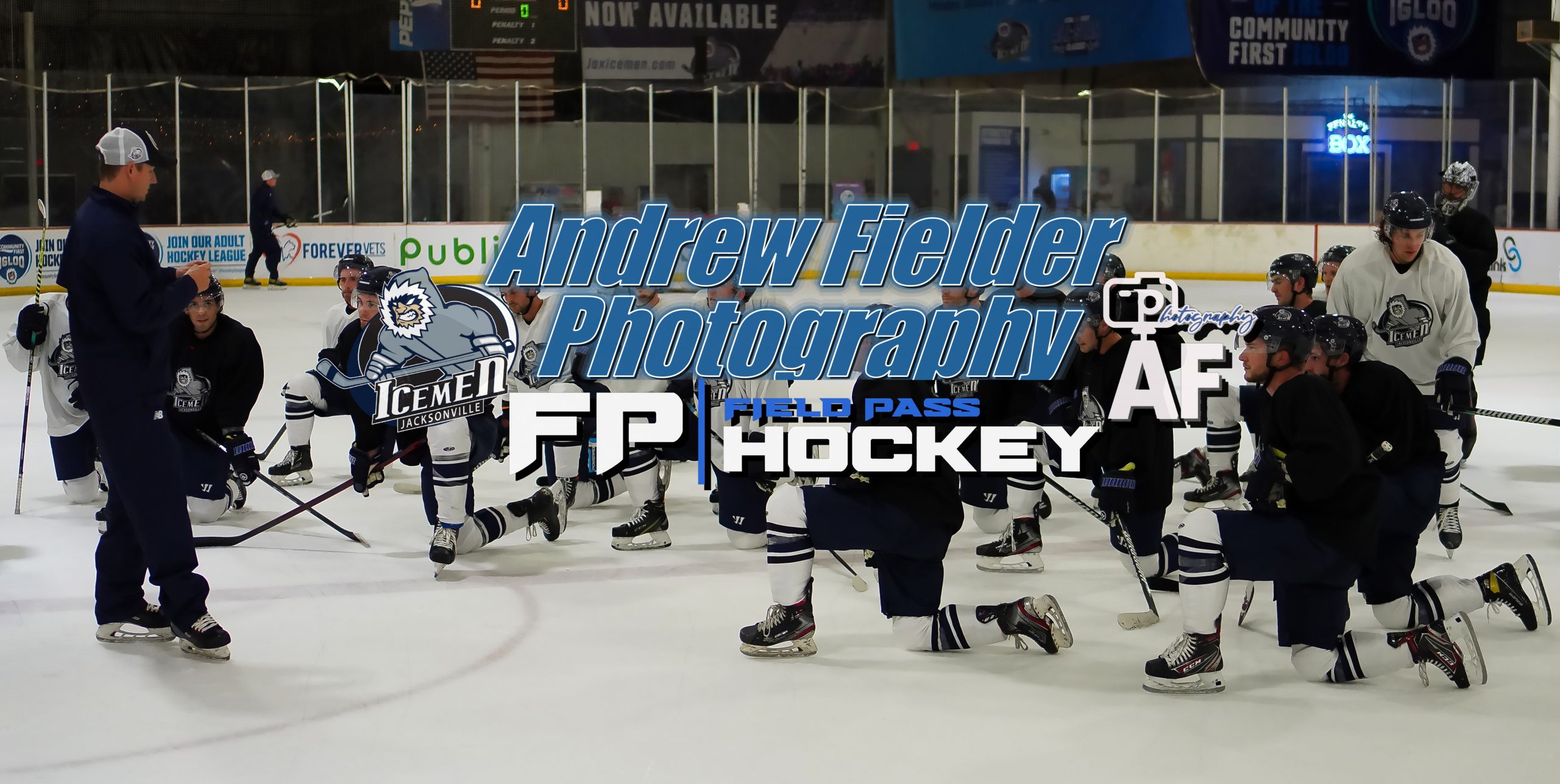 JACKSONVILLE, Fla. – The Jacksonville Icemen held their training camp last week at the newly-named Community First Igloo in preparation for the upcoming season. The Igloo will be their full-time practice facility and Icemen headquarters, with construction and renovations currently underway to install a second rink and turn the location into a state-of-the-art facility.

The Icemen head into the 2021-22 season with an all-new coaching staff, led by head coach Nick Luukko and assistant coach Brandon Mashinter.  This will be Luukko’s first Head Coach position, having previously been Assistant Coach of the Reading Royals during the 2019-20 season and a player for the team three seasons prior to that. His resume also includes a number of games played at the AHL level. Mashinter begins his coaching career with the Icemen. He played in Europe the past few years and had previous stints in the NHL, AHL & ECHL.

“It’s going well.” said Coach Luukko. “The guys have come to camp in shape and have been working hard and have started to grasp the systems and everything that me and Brandon have implemented here. The guys have responded well, they like the practices and they like the style of play. For us now, it’s making the final few cuts for opening day rosters.”

They start the new season with 11 returning players, including their top goal-scorer Ara Nazarian (70 GP, 25G,+ 26A = 51 pts) and returning goaltender Charles Williams (38 GP, 20-15-3,  2.71 goals against average and a .898 save percentage). Williams, who was named the ECHL Goaltender of the Month in March after going 9-3-0, also recorded one shutout with the team last season.

“I knew a little bit about the top end guys, Brownie, Naz and Girdie. Those guys have been really good in camp.” said Coach Luukko when asked if any players had stood out during camp. “Defensively I think Friend and Fourtunato have really stuck out from guys that have played at this level before. The Hartford guys have come down with a good attitude and they are working hard as well.”

With the Icemen’s new affiliation with the NHL’s New York Rangers & AHL’s Hartford Wolf Pack, many of the Icemen players also attended Hartford’s training camp prior to Jacksonville’s. Hartford has already assigned (and recalled) some players to the Jacksonville team.

A familiar face at camp was that of goaltender Austin Lotz, who spent 42 games in net during Jacksonville’s inaugural 2017-18 season. Lotz, who was on a Try-Out contract, was sporting his helmet featuring the Icemen logo on the side; however, he was released by the team mid-way through camp. Another notable moment from camp was Travis Howe sharing some of his fighting skills and techniques with teammate Jacob Friend.

On Thursday, the Icemen played a pre-season/exhibition game against the Solar Bears in Orlando and on Saturday, had an intrasquad scrimmage and fan event. The final two days of camp were spent at the Jacksonville Veterans Memorial Arena, which is the site of all Icemen home games, as well as the ECHL All-Star Classic that they will host in January 2022.

“Yeah, early on it was a bit of controlled chaos.” said Coach Luukko when asked if there was any key take-always or adjustments he felt needed to be made after the pre-season game. “It’s new coaching staff and new players who are kinda getting used to each other. I think as the game went on we got better, which was real positive for the coaching staff to see. I think moving forward we will just continue to focus on the systems that we are trying to implement and get comfortable with them.”

The Icemen’s home opener for their 2021-2022 All-Star Season will be against the South Carolina Stingrays on Saturday, November 6th at the Vystar Veterans Memorial Arena. Their first game of the season will be this Saturday, October 23rd, against the Florida Everblades in Estero, Florida.

Check out this photo gallery from Field Pass Hockey’s Andrew Fielder for highlights from the Icemen Training Camp.