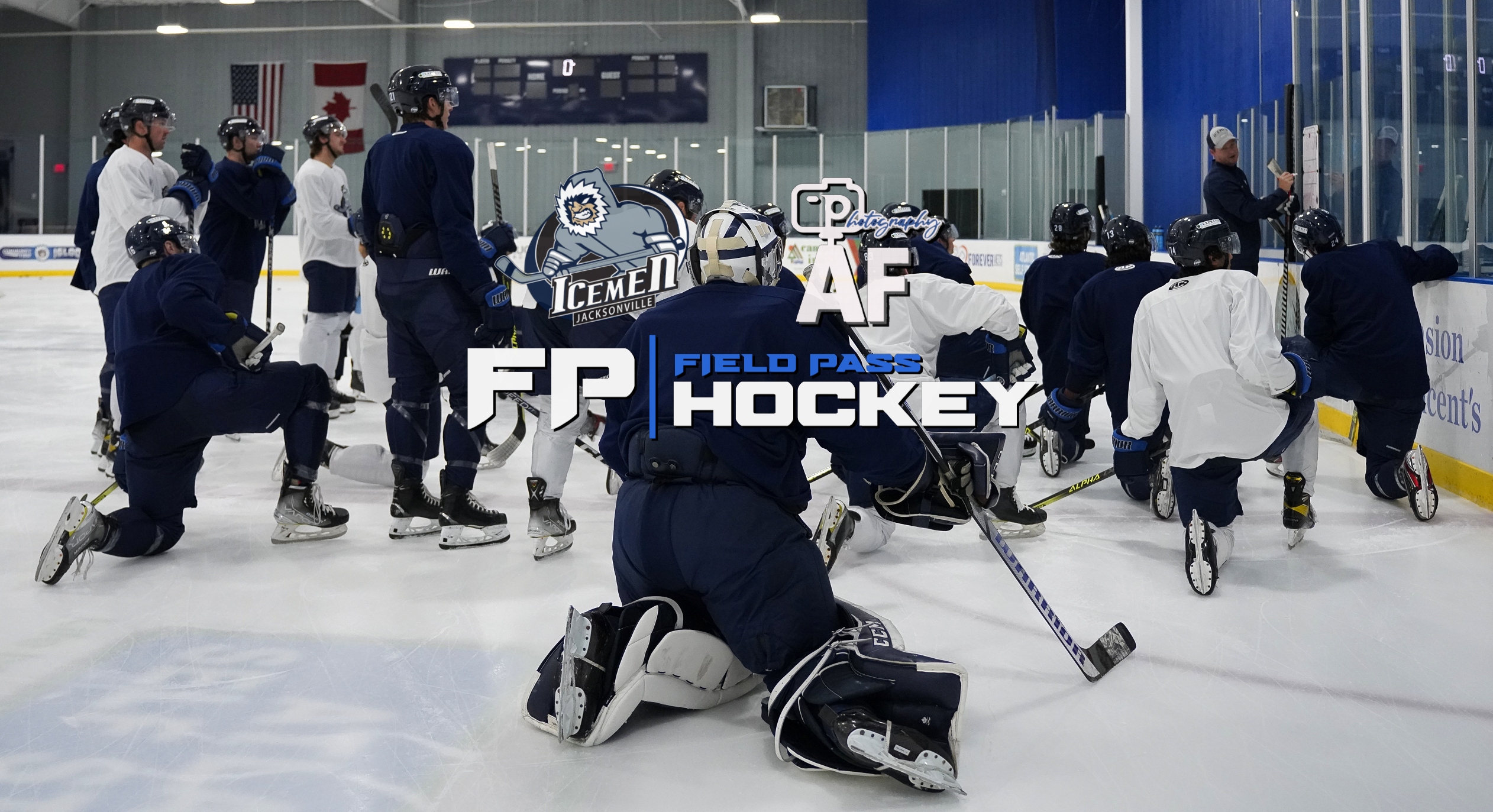 JACKSONVILLE, Fla. – The Jacksonville Icemen wrapped up their 2022 Training Camp Thursday at the Vystar Memorial Arena, having spent 11 of the last 12 days on the ice.

The first four days of camp were spent at the Vystar Memorial Arena, where the team plays their regular home games. The team then spent six days at the still-under-construction Community First Igloo, concluding with their last day back at the arena.

The team also played two preseason games against the newest team in the ECHL, the Savannah Ghost Pirates, at the Igloo this past Friday and Saturday.

“I think anytime you are working with a new team there are going to be new experiences. You just gotta learn from the experiences you go through and move forward. We had a good year, 40 wins, and made it as far as we have ever gone in the playoffs in the organization. Now we just have to pick up where we left off and go even further this year.”

This year’s training camp saw a large number of returning players from last year’s team. I asked Coach Luukko how that affects the Training Camp.

“It’s huge when you have over half the team who already know what you are trying to accomplish when you are on the ice. They know the systems and the style of play that we want to play. You could see within the first couple of days we jumped right back into where we were last year. Things were much smoother, and there is a sense of familiarity with both myself and the players, and the players with me.”

As well as adding some new players to the team, the Icemen’s AHL affiliate the Hartford Wolfpack, sent down nine players to attend camp.

The Icemen played their first-ever preseason home games last Friday and Saturday. They split the series against Savannah, with a loss Friday and a win on Saturday. I asked Coach Luukko if there were any key take-aways or adjustments he felt needed to be made moving forward.

“Early on in Friday’s game, we had the summer hockey habits. It’s just about getting back to the details and habits that made us successful throughout last season. It’s gonna take some time, but we did some video review, we talked about some things and we were much, much better on Saturday and took the win.”

The Community First Igloo is well underway in terms of construction to become the new Icemen Headquarters and practice facility. Once fully completed, it will have a huge impact on the team and hockey in the local community.

“It’s been awesome to see; we can’t wait for it to be finished. We are about halfway there. It’s outstanding to see the way the youth program has grown over the last few months. They have done a tremendous job with that, and it’s only gonna help grow the game in the area. If we have a successful team on the ice and we keep continuing to have one of the best attendances in the ECHL, Jacksonville is quickly gonna become a hockey town.

“For me, I’m always trying to create a tight-knit group that wants to hang with each other away from the rink. That only helps on the ice when guys are close like that.  Kudos to all the guys that have come back this year, and the guys from last year as well, that helped establish our culture. I think they have done a really good job with that, and as you can see, a lot of the guys wanted to come back this year.”

The Jacksonville Icemen open their 2022-23 season at the Vystar Memorial Arena this Saturday October 22nd against the Orlando Solar Bears.

To see the game gallery from Friday’s preseason game against the Savannah Ghost Pirates click here.

To see the game gallery from Saturday’s preseason game against the Savannah Ghost Pirates click here.

Andrew Fielder is the Field Pass Hockey Photography Editor and Jacksonville Icemen photographer. He will be bringing you all of the Icemen home game action in the upcoming season. You can also follow him on Twitter and Instagram for his latest hockey photos.