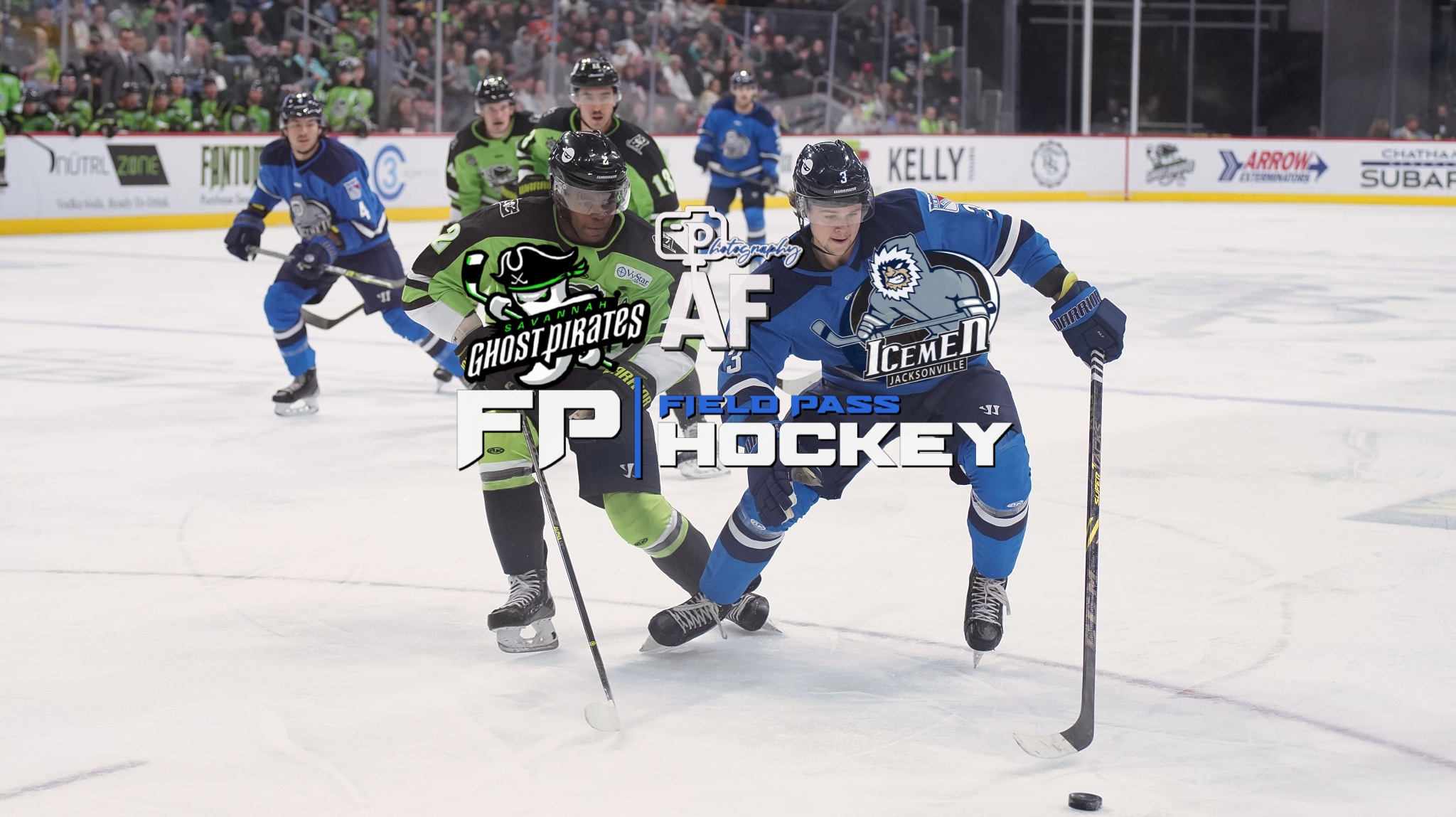 Savannah, Ga – On Saturday night, the Savannah Ghost Pirates welcomed the Jacksonville Icemen for their first-ever visit to the Enmarket Arena. The Icemen prevailed with a 3-2 victory in overtime.

The Ghost Pirates opened up the scoring late in the first period with a power-play goal by Pat Guay. Both teams would be evenly matched and ended the period equal a piece on 16 shots each.

Brent Pedersen put Savannah up 2-0 with a power-play goal at the 7.35 mark of the second period. A goal by Jacksonville’s Derek Lodermeier in the closing minutes of the period made it a one-goal game headed to the locker rooms. Both teams would match each other again on shots during the period, having 13 each.

A power-play goal by Jacksonville’s Luke Martin evened things up between the two teams in the third period and sent the game to overtime. Jacksonville dominated the offensive zone and outshot Savannah 15 to 6 during the period.

Jacksonville’s Ben Hawerchuk netted the game-winner at the 1.44 mark of overtime to give the Icemen its second OT win in as many nights.