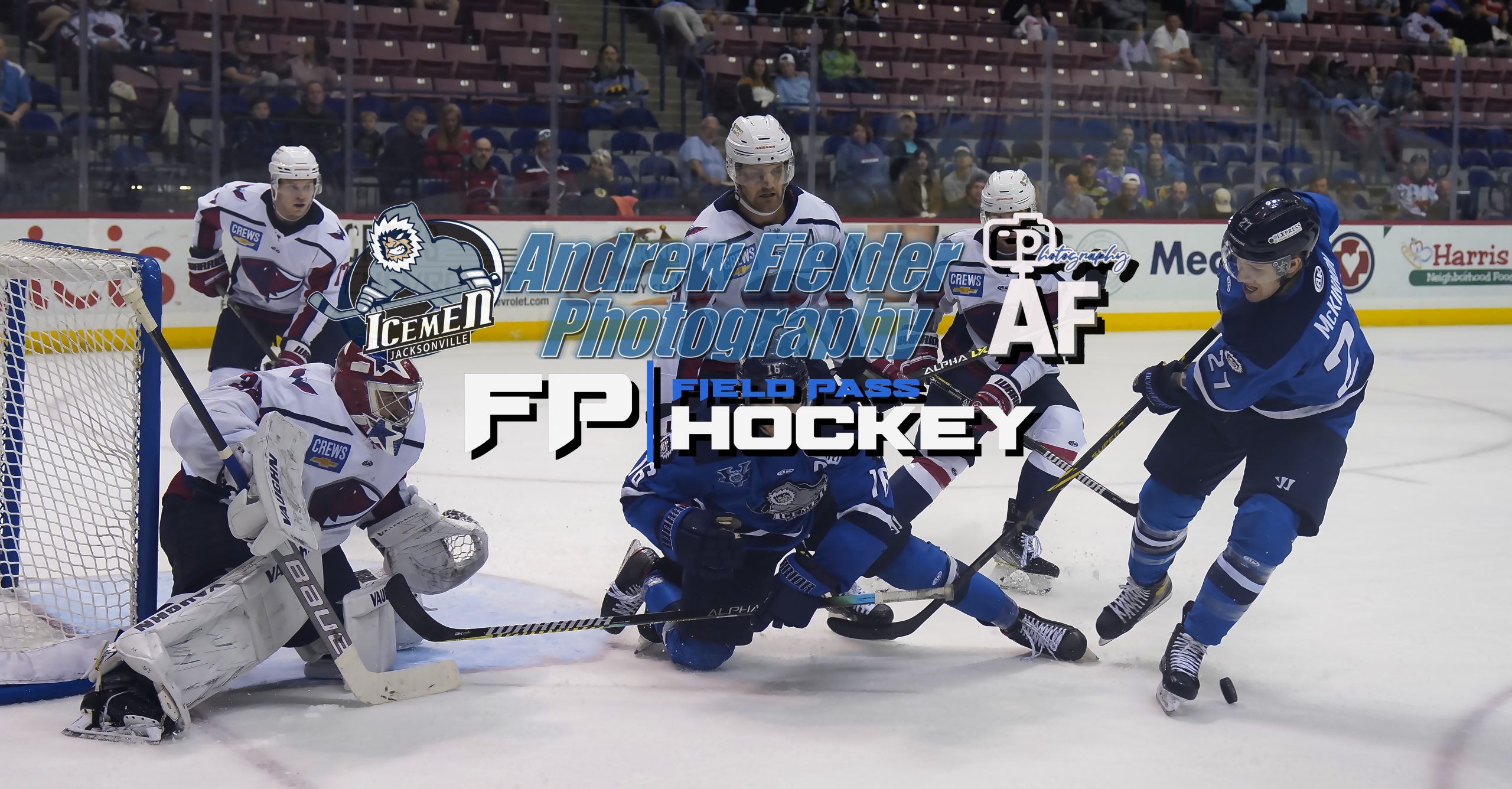 Wednesday night the Jacksonville Icemen punched their ticket to the 2022 Kelly Cups playoffs despite losing to the South Carolina Stingrays.

NORTH CHARLESTON, SC – Wednesday night the Jacksonville Icemen punched their ticket to the 2022 Kelly Cups playoffs despite losing 3-2 to the South Carolina Stingrays.

The Icemen came out strong in the first period with a breakaway goal by Brenden Harris at the 3.29 mark. A power play goal late in the period by Stingrays Andrew Cherniwchan evened things up headed to the first break.

The Icemen struggled to get going at the beginning of the second period allowing Andrew Cherniwchan to score his second goal of the game at the 2.35 mark, to give the Stingrays the 2-1 lead. Jacksonville proceeded to step-up their game and began to dominate the period.  Jacksonville outshot South Carolina 14-6, but netminder Hunter Shepard’s stellar performance kept the puck from crossing the line.

Jacksonville’s Ian McKinnon evened things up with a goal at the 9.23 mark of the third period. Jacksonville continued to dominate the period outshooting South Carolina 15-5. A late goal by Jade Miller with just over two minutes in the game put the Stingrays up by one. In the closing minutes of the game Jacksonville pulled their netminder for the extra attacker and during the last 19 seconds of the game had a two-man advantage with a Stingrays penalty. Jacksonville was still unable to find the back of the net and South Carolina took the victory, despite being outshot 38-15.

The Norfolk Admirals win over the Orlando Solar Bears Wednesday night meant the Jacksonville Icemen clinched their spot in the 2022 Kelly Cup playoffs despite the loss.

Check out this photo gallery from Field Pass Hockey’s Andrew Fielder who made a road trip to Charleston to capture action from the game.