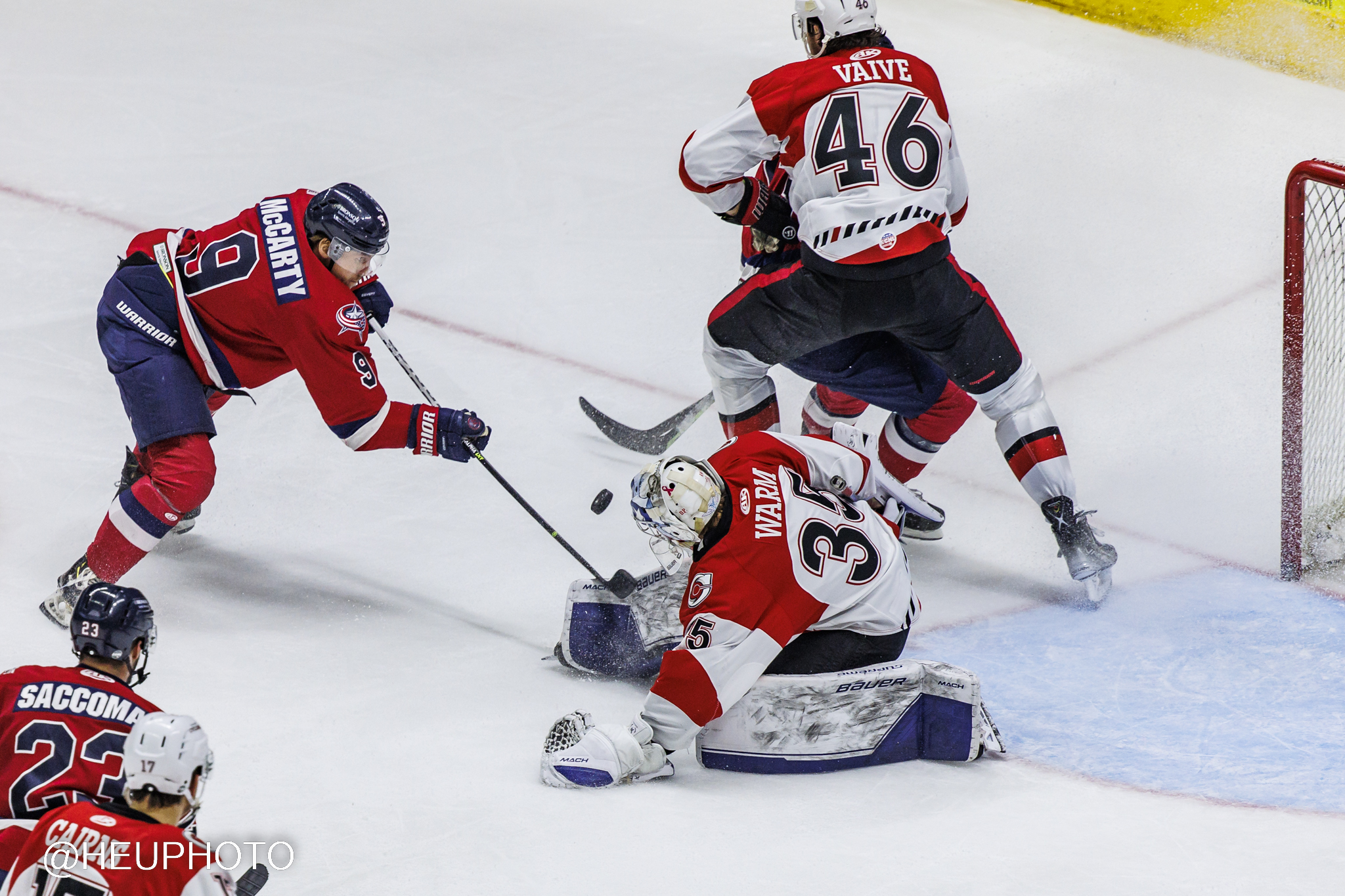 #ECHLPHOTOS | On Wednesday night, the Cincinnati Cyclones defeated the Kalamazoo Wings at the Heritage Bank Center.
FPH Photographer Hector Urcia was there and shot this gallery!

After 20 minutes of play, the game was still scoreless in a low-shooting first period for both teams. Tyler Irvine gave the Wings a 1-0 lead with a goal with less than two minutes left in the second period. Cincinnati needed help finding the formula to beat netminder Evan Cormier for more than 54 minutes. A goal by Justin Vaive, assisted by Bray Crowder, tied the game up at 14:08 of the final period. Lincoln Griffin took advantage of a misplay by Wing’s goalie, Evan Cormier,  and was able to just tap the puck in for the winning goal. An empty netter by Louie Caporusso with one second left in the game sealed the comeback for the Cyclones. Beck Warm had 16 saves for the cyclones.