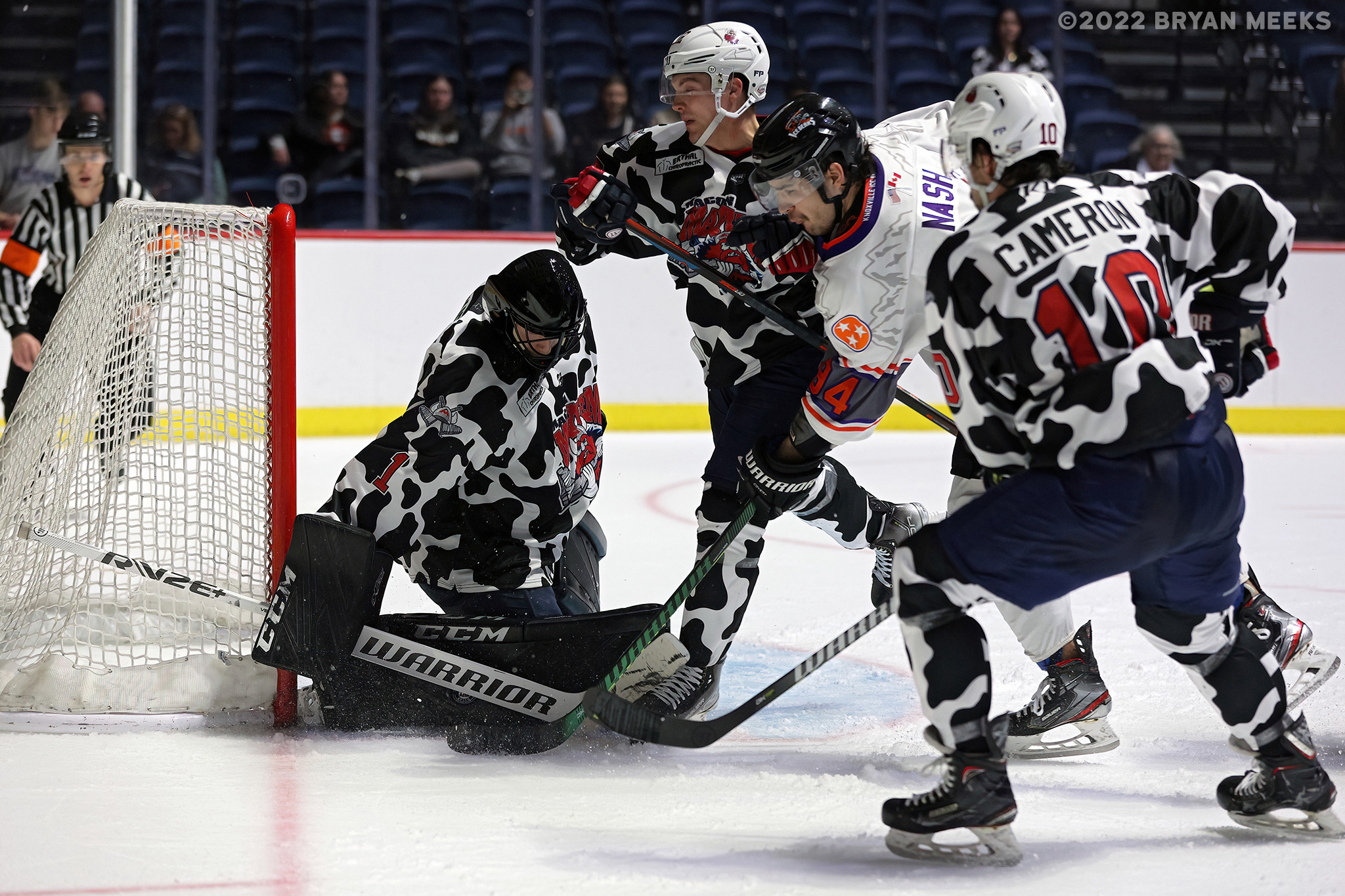 The Knoxville Ice Bears returned to the Macon Coliseum to take on the Macon Mayhem for the second time in as many nights on January 15, 2022.

MACON, Ga. – The Knoxville Ice Bears returned to the Macon Coliseum to take on the Macon Mayhem for the second time in as many nights on January 15, 2022. The Mayhem were sporting special cow-themed jerseys for Georgia Grown’s “Country Moo-sic Night”. This night was also special for Brendan Hussey and newcomer Gregg Hussey. It was Gregg’s first start between the pipes in the SPHL and the first pro game that the brothers would play together.

The previous night’s game was a nail-biter that ended in overtime. This one would turn out to be very similar. Knoxville once again took an early lead. The Mayhem went into the locker room for the first intermission down 1 to 0. The Ice Bears started the second period like they did the first and looked to end the period up by 2 goals. Macon was not on the scoreboard but not out of the game.

The Mayhem found the back of the net twice within the last 3 minutes of the second period, tying the game. Knoxville opened the final frame with an early goal. Six minutes later, Macon would tie it up. Neither team could break the 3-3 tie and extra time would be needed. Unlike the previous night, Macon was ready for Knoxville’s overtime scheme. After holding off the Ice Bears’ offensive attack, the Mayhem’s Nigel Slade would score the overtime game-winning goal as Macon won 4-3.