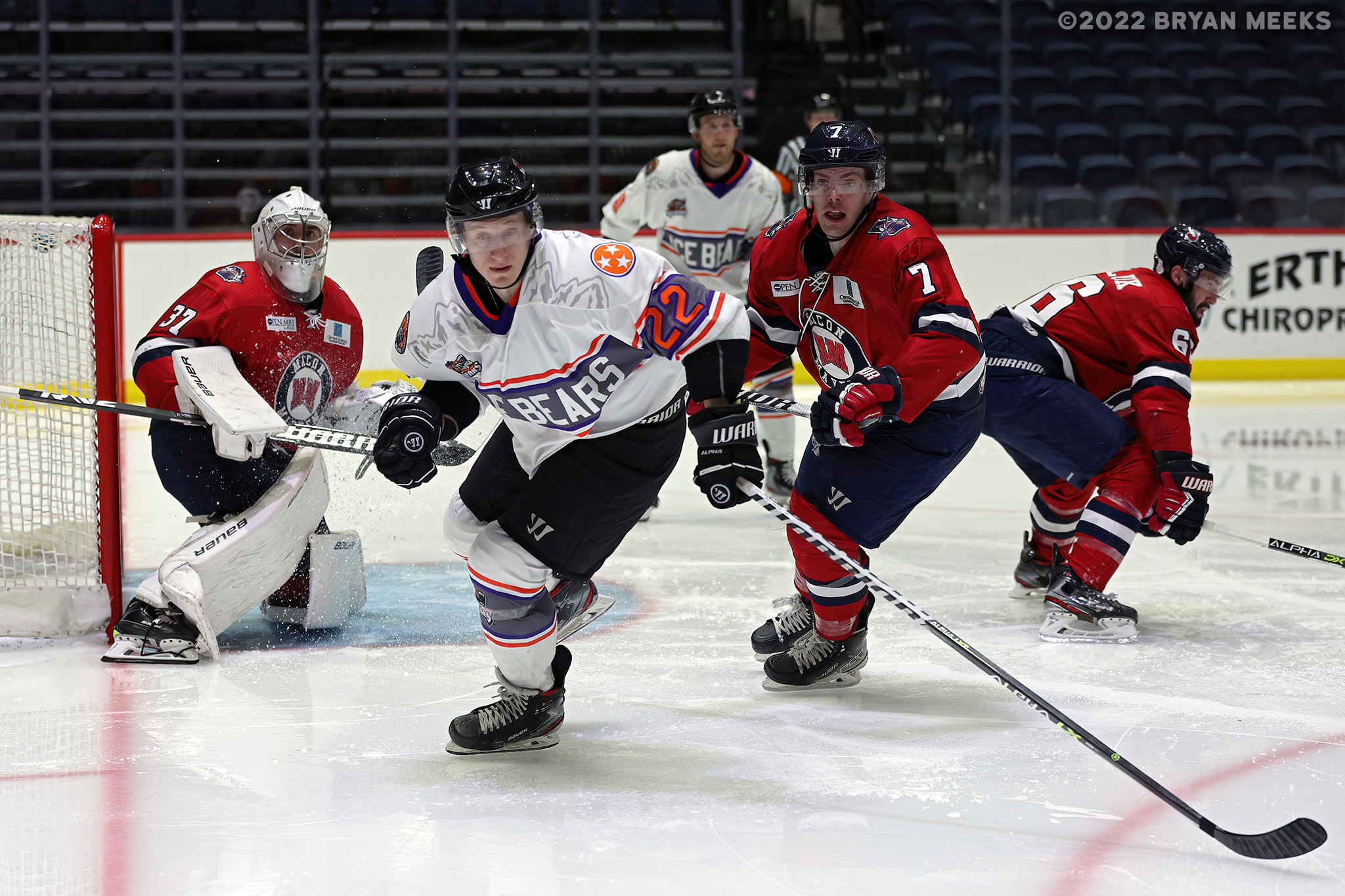 The Macon Mayhem returned to the Macon Coliseum on Thursday after a being on the road for 19 days to face the Knoxville Ice Bears.

MACON, Ga. – The Macon Mayhem returned to the Macon Coliseum on February 17, 2022 after a being on the road for 19 days to face the Knoxville Ice Bears. The first game of a 3 in 3 weekend for the Mayhem proved to be a challenge. Knoxville is competing for first place in the league standings while Macon is trying to find some solid ground to build from.

The game started with both teams playing at the same competitive level. Macon would leave the first period with a hard fought 1 to 0 lead. Knoxville would open the next frame with an early goal. The Ice Bears would not let up and ended the second with three unanswered goals. Knoxville continued domination in the final period, scoring three more goals. The final score was 6-1 in the Ice Bear’s favor.