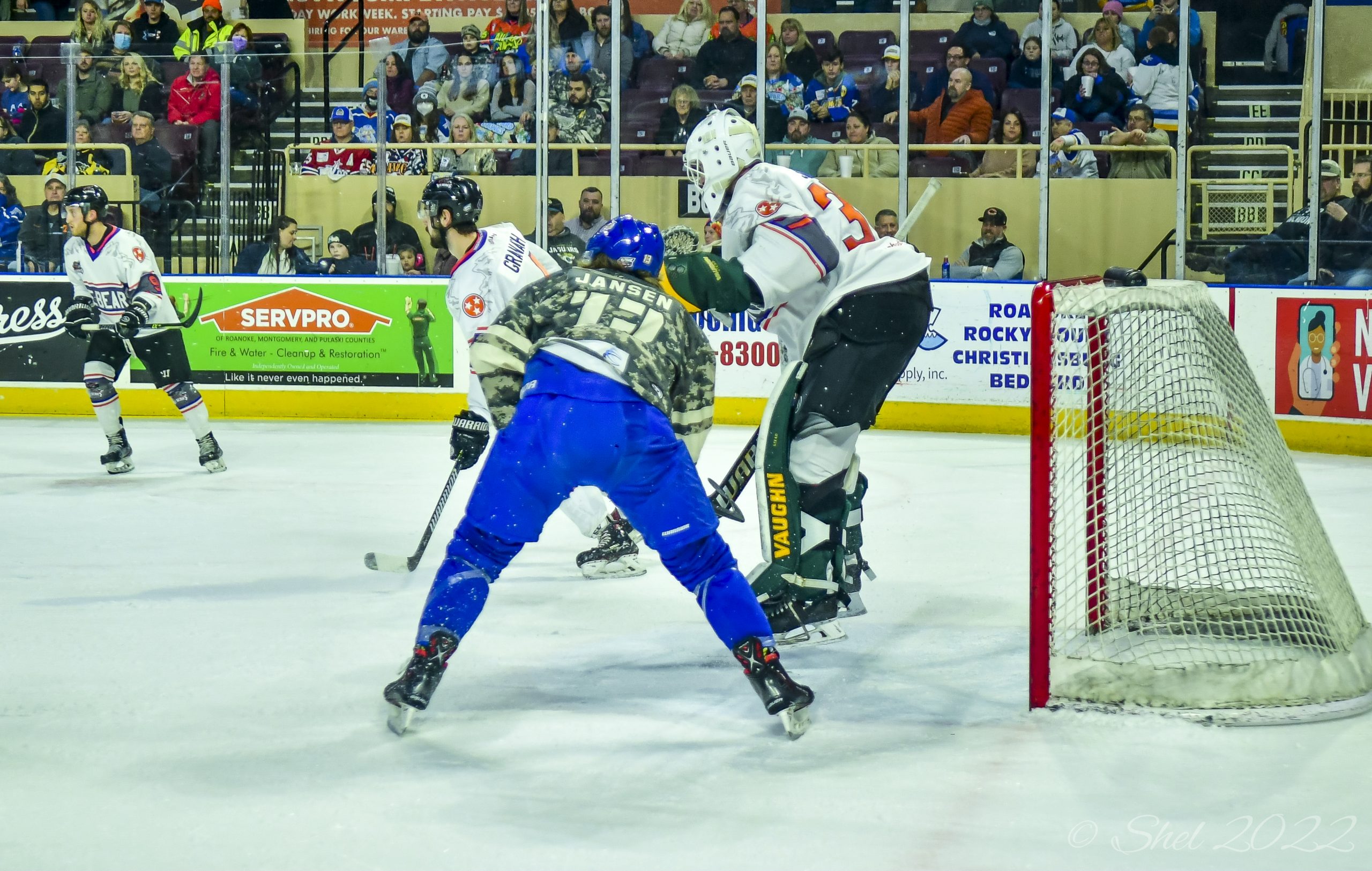 The Berglund Center was packed for “Military Night” this past Saturday, as the Roanoke Rail Yard Dawgs welcomed the Knoxville Ice Bears.

ROANOKE, VA – The Berglund Center was packed for “Military Night” this past Saturday, as the Roanoke Rail Yard Dawgs welcomed the Knoxville Ice Bears. After losing to the Fayetteville Marksmen the preceding two nights, the Dawgs wasted no time going on the attack in the first period. The energy on the ice was electric with aggressive, fast play.

The scoreless first period led into a wild second period. Both teams had close calls with the net, but CJ Stubbs put Roanoke on the board first, assisted by Jeff Jones and Nick DeVito. Twenty seconds later, Knoxville’s Jared Nash tied it up, but with seventeen seconds left in the second period, Roanoke Captain Travis Armstrong gave the Dawgs the lead with a power play goal. After that, Roanoke never looked back.

The third period saw an impressive defense of an empty Knoxville net, with goals by Roanoke’s Jesse Anderson and Mac Jansen. With eight seconds left in the game, a power play goal from Billy Vizzo would seal the deal for Roanoke with a 5-1 victory. Over 5700 fans were on their feet, as the Dawgs gathered center ice to thank one of the largest crowds of the season.

Field Pass Hockey photographer Michele Hancock was there and shot this photo gallery.