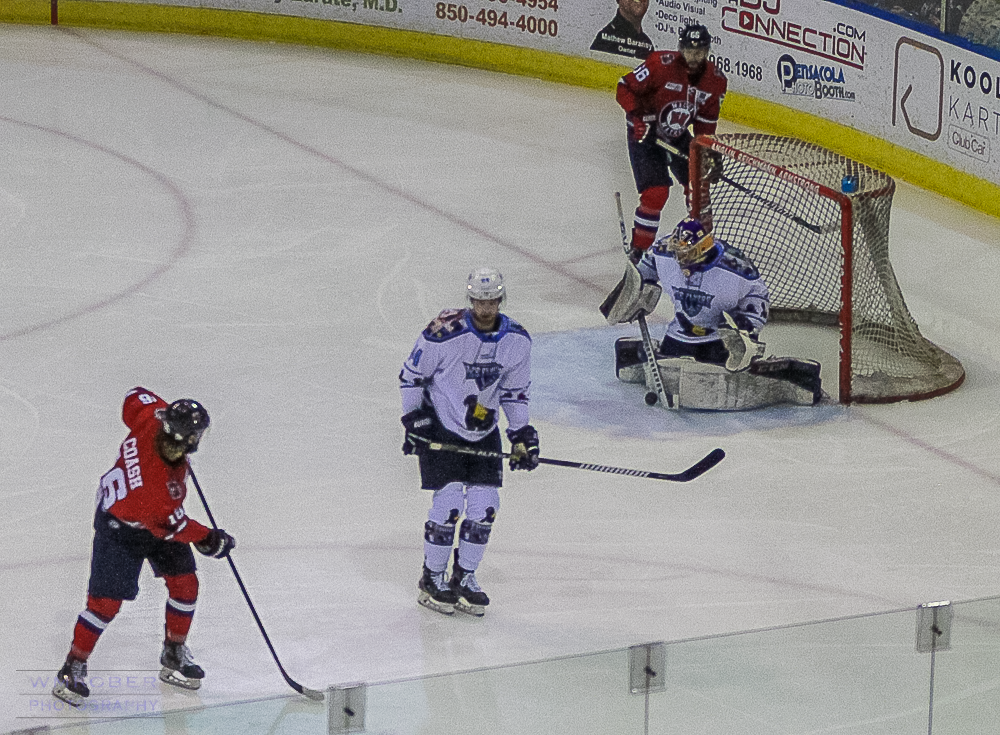 The Macon Mayhem were in town on Friday for a game against the Pensacola Ice Flyers.

PENSACOLA, FL — The Macon Mayhem were in town on Friday Feb 4, 2022, for a game against the Pensacola Ice Flyers. Macon got on the scoreboard first with a goal 0:41 seconds into the game. With Macon up 3-1 at the midway point of the second period, Ice Flyers netminder Cody Karpinski was pulled and replaced by Sean Kuhn.  With the game tied at 3 – 3 going into the third period, Brandon Tucker scored to put the Ice Flyers on top. Late in the third period, Dylan Carabia put the game away with an open net goal, giving the Ice Flyers a 5-3 victory.