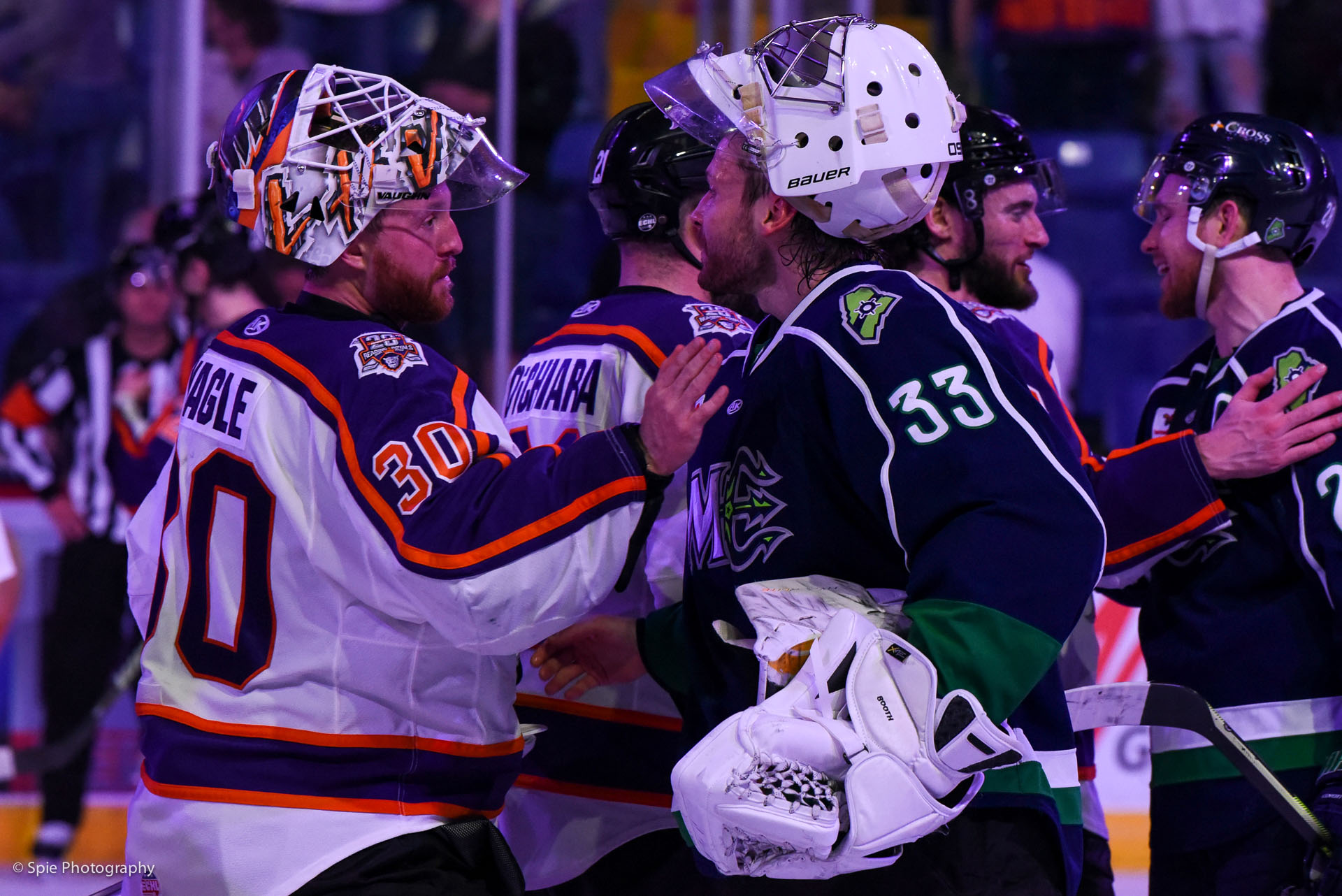 The Reading Royals and Maine Mariners met Monday night for Game Six of their series.

Reading, PA – The Reading Royals and Maine Mariners met Monday night for Game Six of their series. Coming into the game whichever team scored first ultimately won the game, until this one.

The Mariners opened the scoring nine minutes into the first with a goal from Nick Master. Trevor Gooch tied the game 7:27 into the second. While on the power play Jacob Pritchard scored the game winner for the Royals seven minutes into the third period to put them up 2-1. The Mariners pushed hard down the stretch to get the tying goal but they could not get the puck past Pat Nagle. The Reading Royals won the series 4-2 and will now face the Newfoundland Growlers in the North Division Finals.

Check out this photo gallery from Field Pass Hockey’s Sarah Pietrowski for highlights from the game.was there to capture the action.