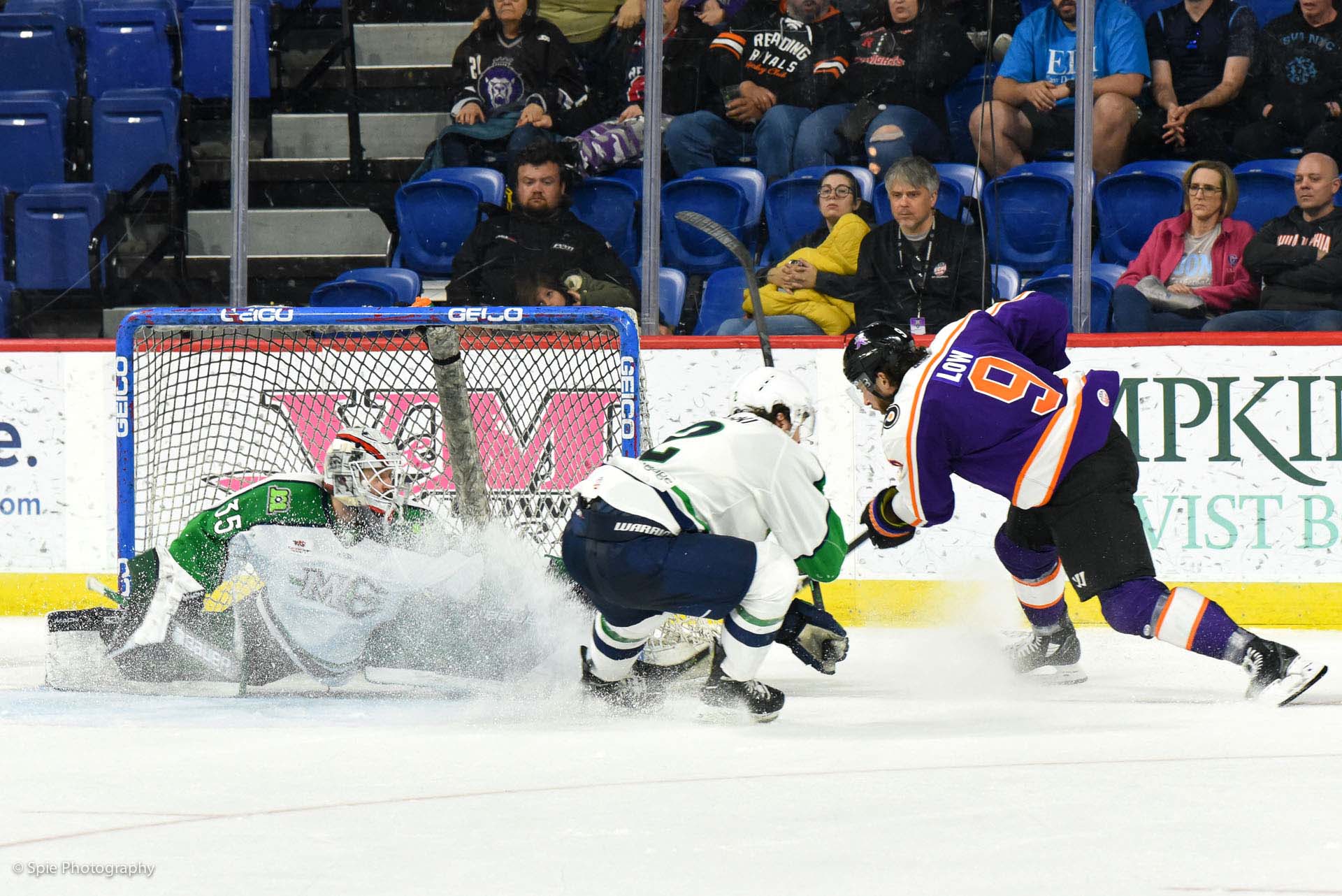 The Reading Royals and Maine Mariners faced off Friday night for the first time this season at the Santander Arena.

Reading, PA – The Reading Royals and Maine Mariners faced off Friday night for the first time this season at the Santander Arena.

The Royals took a commanding 3-0 lead in the first period. Trevor Gooch opened the scoring 2:35 into the game before scoring his second of the night seven minutes later. Brayden Low finished the first period scoring with a breakaway goal halfway through the period.

The Mariners Pascal Laberge broke the shutout 15:25 into the second period, to make it a two goal game. The third period was scoreless until 30 seconds left in the game, when Frank DiChiara scored an empty net goal. The final score was 4-1.

Check out this photo gallery from Field Pass Hockey’s Sarah Pietrowski who was there to capture the action!