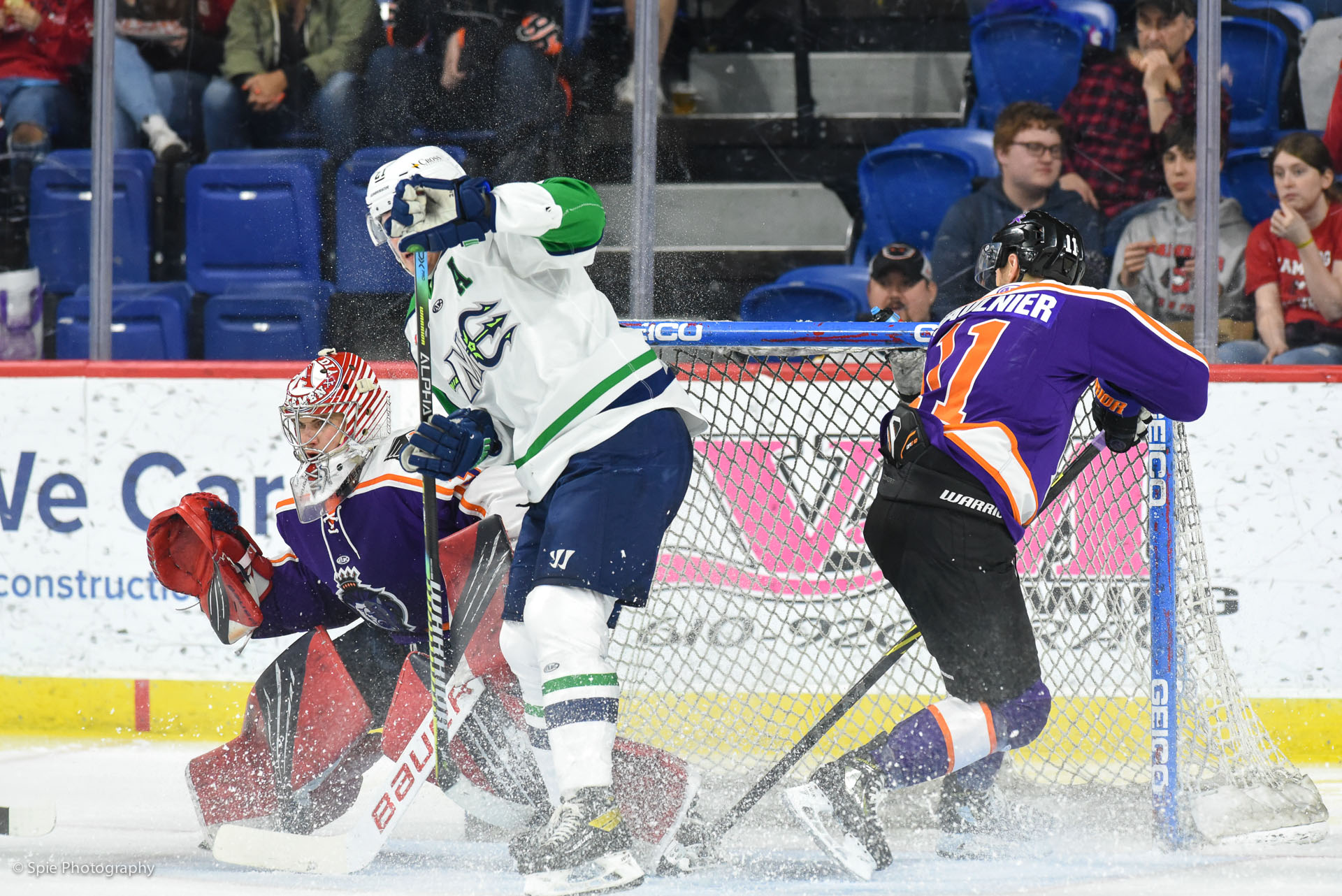 The Reading Royals and Maine Mariners faced off Saturday night in the second of a three game back-to-back series.

Reading, PA – The Reading Royals and Maine Mariners faced off Saturday night in the second of a three game back-to-back series.

The Royals once again got out to a quick 2-0 lead. Thomas Ebbing opened the scoring halfway through the first period for his 30th goal of the season and Brad Morrison gave the Royals a one goal lead three minutes later.

Thomas Ebbing scored his second goal of the game two minutes into the second period, but the Mariners cut the lead to two, with a goal from Zach Malatesta 20 seconds later. Patrick Bajkov regained the Royals lead at the seven minute mark, putting the Royals up 4-1.  The Mariners Keltie Jeri-Leon and Connor Doherty both scored to make it a 4-3 game going into the third period.

The third period remained scoreless but with a minute and a half left on the clock, the Mariners pulled their goaltender for the extra attacker. The Royals Patrick McNally shot the puck the length of the ice into the empty net, to give them the 5-3 victory.