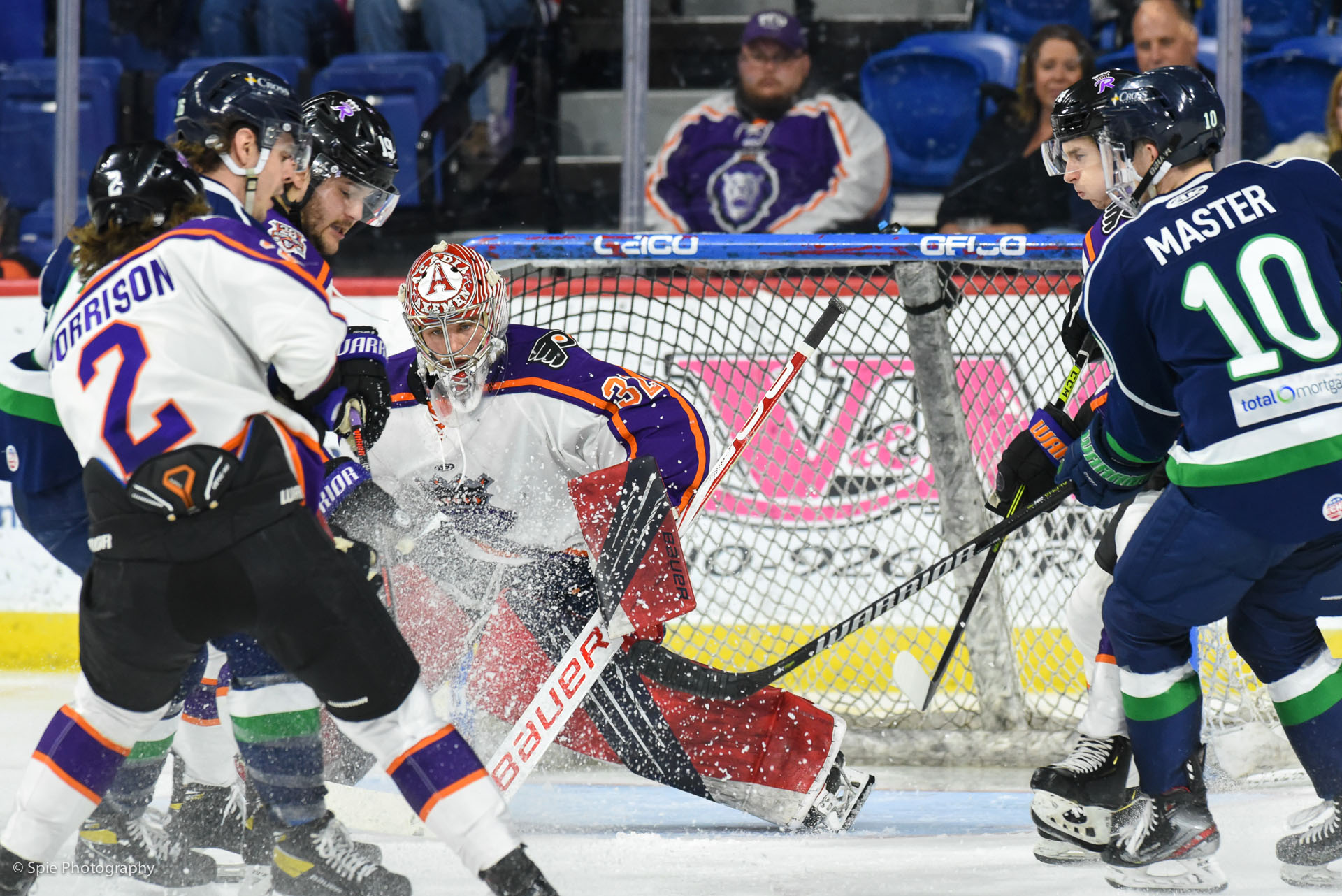 The game followed a similar pattern to Wednesday night. Trevor Gooch opened the scoring with an early power play goal in the first period. Kenny Hausinger and Frank DiChiara scored 29 seconds apart in the second period to give the Royals a 3-0 lead for the second game in a row. The Mariners once again pulled their goalie for an extra attacker with five minutes left in the third. Unlike Wednesday’s game, the Mariners could not get the puck past Logan Flodell to find the back of the net. The Royals held on for the 3-0 win and Flodell got his first professional playoff shutout.

The Royals now lead the Mariners 2-0 in the series, which now heads up to Portland, Maine.