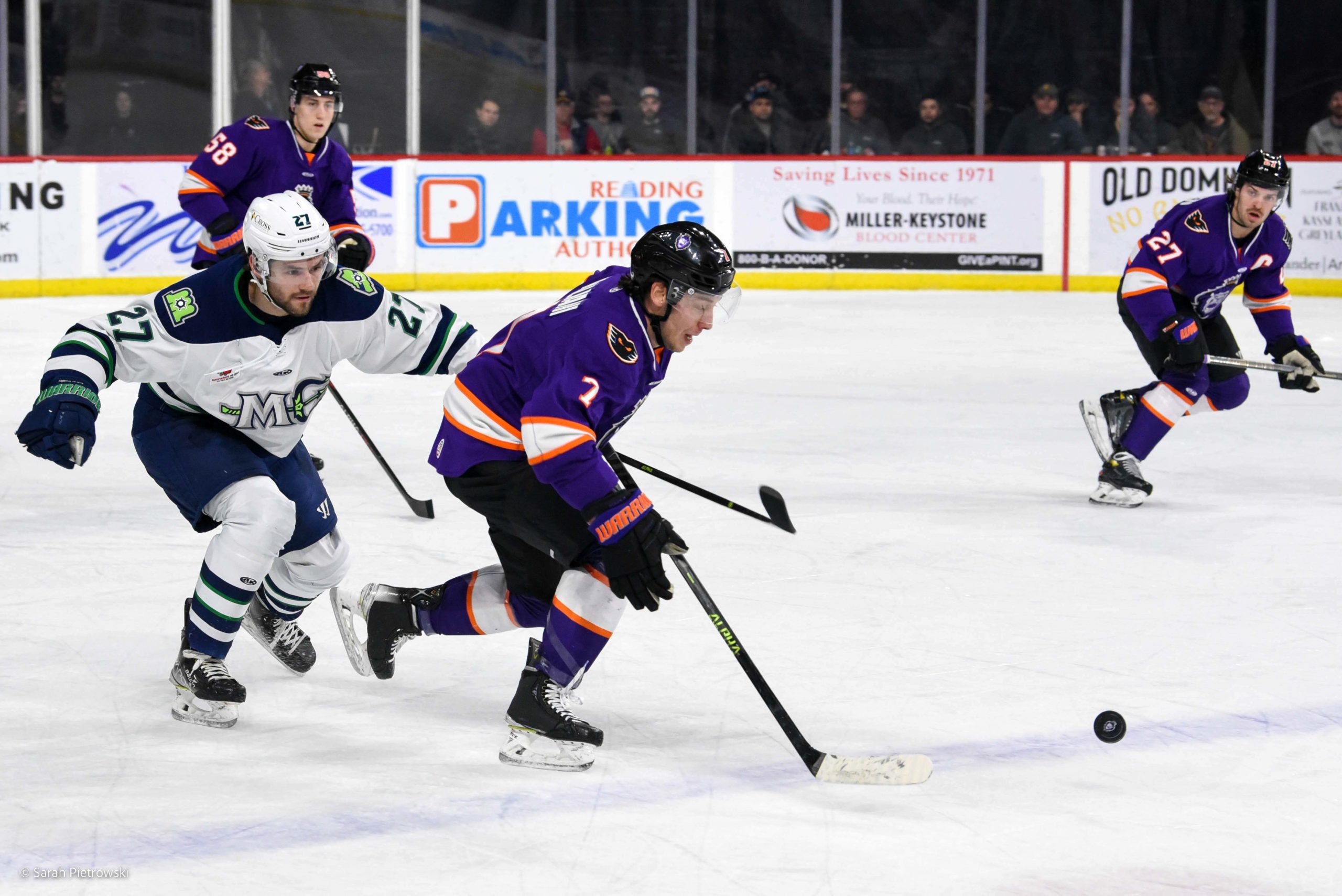 #ECHLPHOTOS | The @ReadingRoyals and @MarinersofMaine faced off for an afternoon game on Monday.
FPH Photographer @Spie_Photo was there for all the action!

READING, PA – The Reading Royals and Maine Mariners faced off for an afternoon game on Monday at Santander Arena.

Patrick Shea opened the scoring 14 minutes into the first period. With 15 seconds left in the period, Shea scored his second of the night to give the Mariners a 2-0 lead after one period. Alec Butcher got the Royals back in the game with a goal 15 minutes into the second period. Devon Paliani tied things up with just four minutes left in regulation. The Mariners got a late power-play goal from Fedor Gordeev to retake the lead. Shea capped off his dominant game with an empty-net goal for the hat trick. The final score was 4-2 to the Mariners.