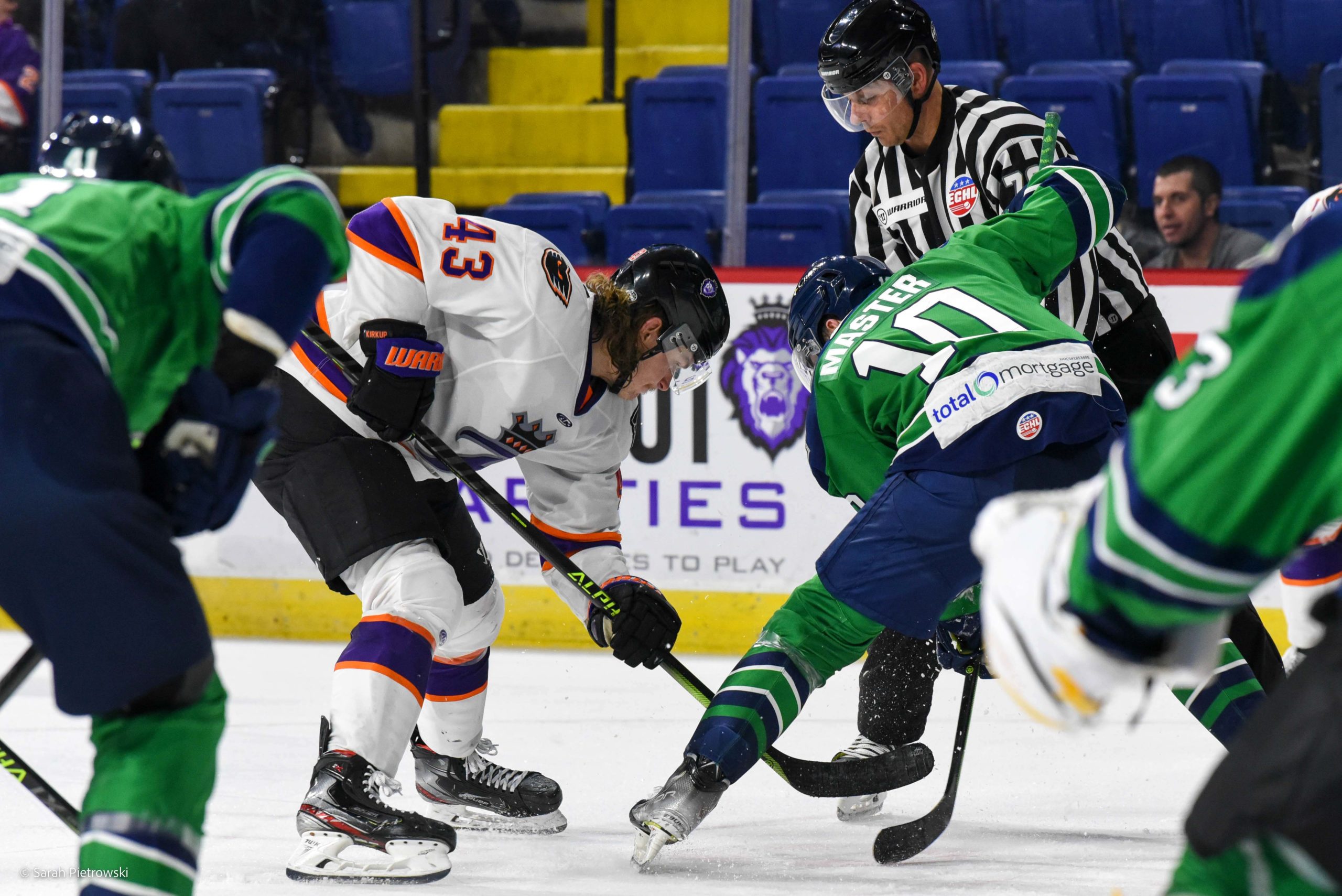 #ECHLPHOTOS | The Reading Royals and Maine Mariners faced off Wednesday night.
FPH Photographer Sarah Pietrowski was there for all the action!

READING, PA-  The Reading Royals and Maine Mariners faced off Wednesday night. The Mariners opened the scoring with a short-handed goal from Patrick Shea seven minutes into the game. The Royals responded less than a minute later when Shane Seller scored on the power-play, and then 30 seconds later, Charlie Gerard scored his first of the night. Jacob Gaucher ended the first period scoring with a power-play goal with one minute left in the first, giving the Royals a 3-1 lead.