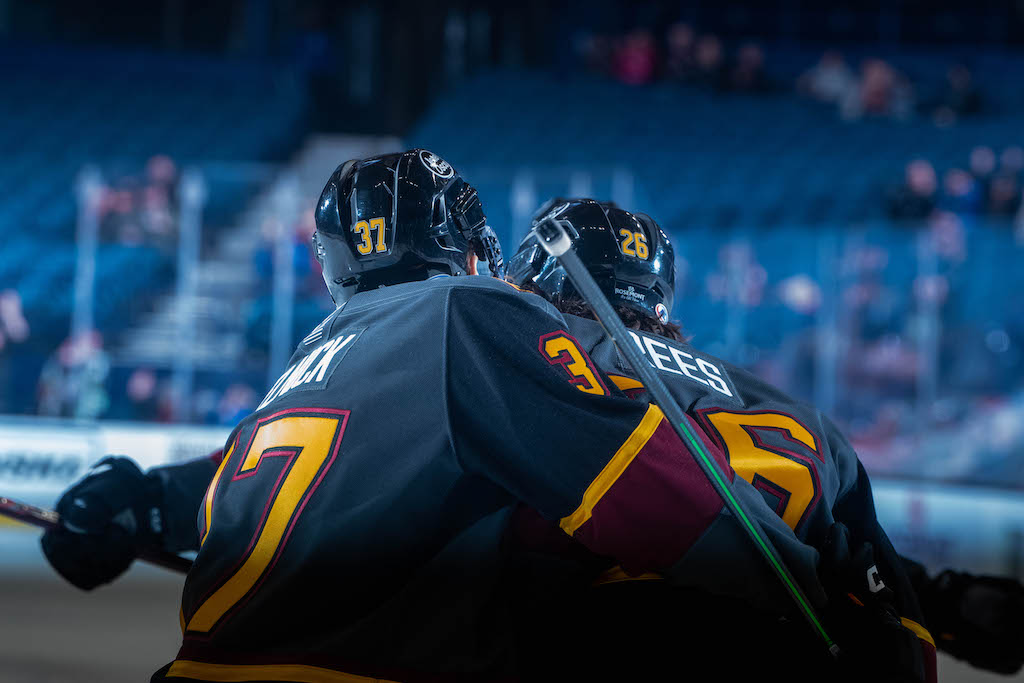 Rosemont, Ill – Sunday night, the Chicago Wolves were able to take another victory during their three-game home stand as they hosted the Milwaukee Admirals.

Dylan Coghlan opened up scoring for the Wolves at the start of the second period, giving them a 3-0 lead. This was Coghlan’s second goal of the season and the only goal that the Wolves would score during the period. With his first of the season, Milwaukee’s Zach Sanfor put the Admirals on the board. The second period of play would finish with a 3-1 Wolves lead.

Both teams would cash in again in the third period of play. Chicago’s Jamieson Rees would score his fifth of the season to open it up for the Wolves, and put them up 4-1. Rees’s goal would be quickly answered by Milwaukee’s Tim Schaller, who had his fifth goal of the season to make it a 4-2 game. Milwaukee would pull their goaltender with two minutes remaining, which did not go as planned, as Gunler would score an empty netter after Chicago regained possession of the puck. With less than a minute remaining in the game, Keaton Thompson would score for Milwaukee, but it was too little too late, with the Wolves taking a 5-3 victory.